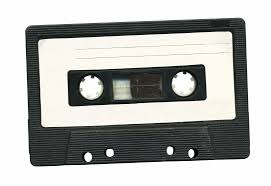 It’s been a good week for music discovery around these parts and we’ll share a handful of those song with you to take with you into your long weekend.  Enjoy!

When this track first grabbed my attention, it was because I thought the new Jack Johnson tune sounded really good.  It wasn’t until I saw the name on the music app that alerted me to the fact it wasn’t Jack, but instead Alfie Jurvanen.  This cut off of his latest disc  Bahamas is Alfie is smooth and warm, and warrants a listen or three.

This is a track which is quickly reaching its saturation point, but for now it still hits that right spot in the ear holes.  It wasn’t until I heard the Marc Maron interview with Jack Antonoff that I found that he was the guy behind Bleachers, and is the lead guitarist for Fun.

Don’t expect to start many parties with this tune, but its hauntingly subdued mood is unexpectedly catchy and engaging.  This Irish 20-something is following a similar path to radio-darling Sam Smith, I don’t think Hozier will be a household name anytime soon, but slow and steady wins the race.

Welcome back David Gray! After a self imposed exile of 4 years, Gray has returned with his 10th studio album Mutineers.  “Back in the Word” is the lead single and is a gorgeously smooth pop tune that will embed itself in your ears.

While Donald Glover’s alter-ego is starting to move away the flow of “Freaks and Geeks” which put him on the map  and is becoming of something of an avant-guard emcee in the same vein as recent Kanye West material, therein still lies the silver tongued emcee we were all enchanted by with is evidenced by his appearance on Logic’s “Driving Ms. Daisy”.  If this is what we can expect from the recently announced EP, then count me excited.

With the sophomore jinx looming large for this English trio,  “Left Hand Free” stands to prove that the band is far more than their hit singles “Breezeblocks” and “Tesselate”.   If the album is as strong as its lead single, it should be a good year for these lads.