On July 12th in Charlottetown PEI, Big Red Music Festival kicks off for the second half of its 2014 season.  The lineup  is one of the most diverse and potent of the summer concert season.  The Killers serve as the headliners, however the line up is not lacking star power as the opening acts feature Death Cab for Cutie, Kardinal Offishall, Matt Mays, July Talk and Mike Boyd (amongst others). 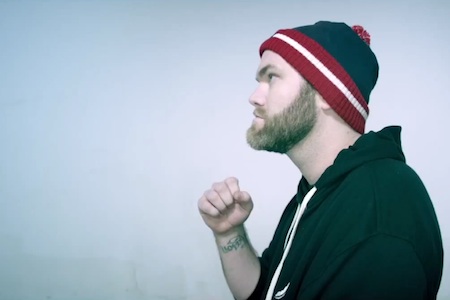 Halifax Bloggers had a chance to catch up with Mike Boyd as he prepares for one of the more significant shows of his burgeoning career.  Some may recall that Boyd dropped his debut album Lost in the Woods in early 2008, an album which was never intended to see the light of day, as it evolved out of the time spent working in older brother Luke’s (aka Classified) studio.  It was an experience which afforded some recognition and opportunities, but as Boyd explained it, he was never a guy who craved the spotlight and was content helping out in the studio and relished his role as Luke’s hype-man, so Lost in the Woods was never intended as the start of a career. I asked Mike if he felt any pressure when he began to work on the new record …Note the Sarcasm (which dropped in March) to which he replied there wasn’t any  pressure at all, as it started out much in the same way as his debut, just chipping away at tracks, using some of Classified’s older beats which weren’t getting any love and had been gathering dust in the studio.  Mike began to rework some of the beats and eventually completed 3 tracks and from there the ball was rolling.  He found that figuratively his voice was beginning to return and that he actually had a message to convey, and  while he’s not quite able to confirm with 100% certainty, but Mike found that the creative juices began to flow again around the time of the birth of his son (who turns 2 in August).   As he says in the album’s lead single “Mr Mike” -“…I’m a stay at home dad, Cleaning the House…” followed closely by “…seeing me back on the scene, is like seeing a ghost…”, which speaks to his dual roles.  These days as he explains, is that if he’s not in the studio Mike is at home with his boy.  It’s those quiet moments when the younger Boyd is down for a nap when Mike finds time to head into his office and puts the time in working on material.  He explains that daddy duty feeds his inspiration and pushes him forward . 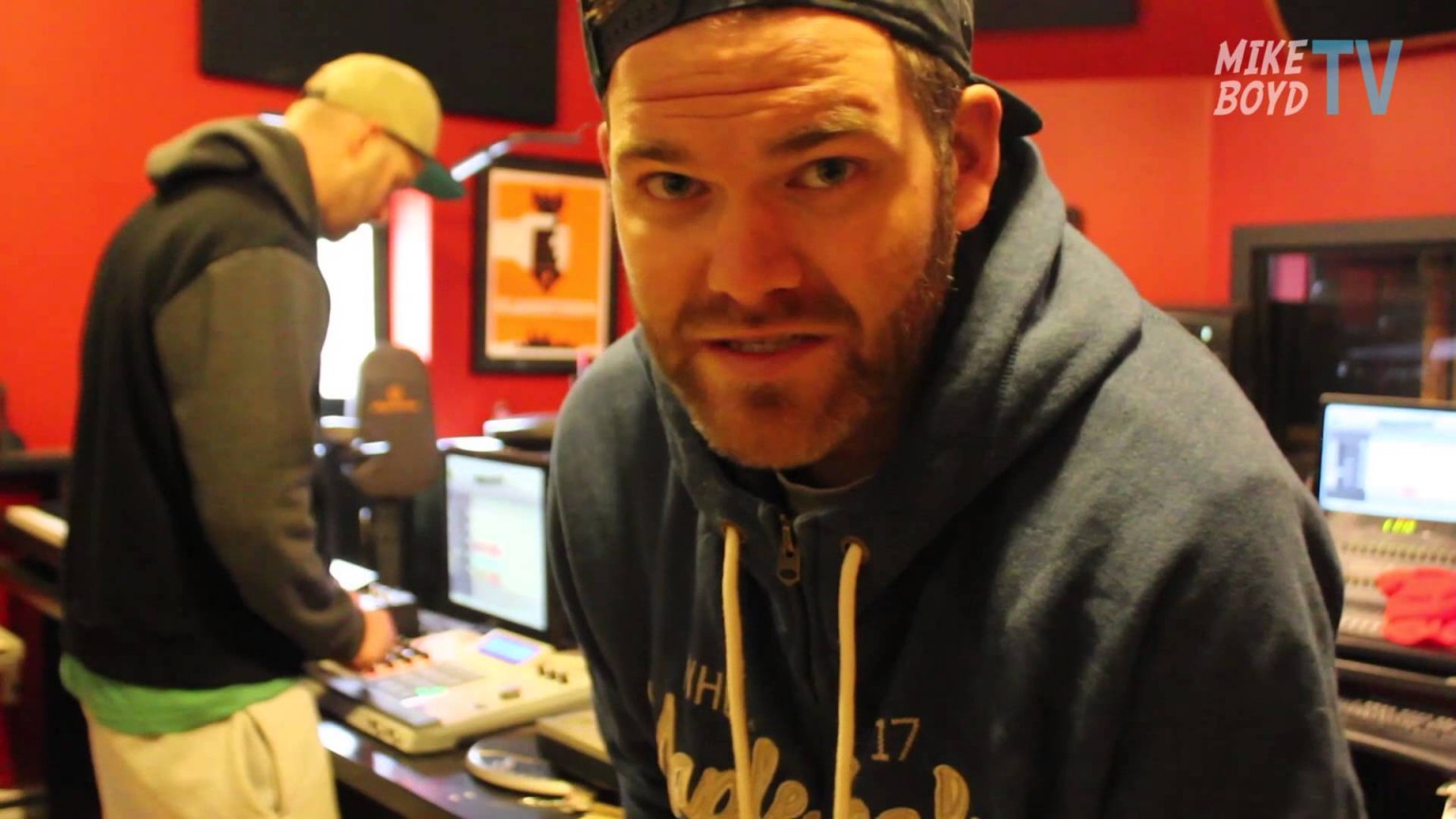 As the creative juices were flowing again, Luke began to take notice and with the honesty that can only be shared between brothers, got behind the project both figuratively and literally (Class took his place behind the mixing board and serves as the album’s producer (he also appears on “This Ain’t Funny”)).  As the  album began to take shape,  it then begs the question, if there wasn’t any pressure recording the new album, then why the delay? As that first album was released to the masses, Mike was starting to notice that the hip-hop scene he grew up on (Snoop, Redman, Gang Starr, De La Soul, Will Smith, and the entire West Coast scene) was taking a gradual (albeit eventual) turn away from the 90’s era East Coast’s raw stripped down sound / and the laid back West Coast sound with the fat beats was in the midst of evolving into the “Swag Era”, where hip-hop lost its intellect and message and focused on the greed, girls and excess instead.  As such, Mike found that his inspiration had waned due to the changes he was seeing and hearing, and he just wasn’t feeling that spark which ultimately led to the self-imposed hiatus from his solo career.   That turn in the industry saw Mike listening to less and less new material, and he found himself reveling in the classics on the oldies stations. He has been finding that acts such as Kendrick Lamar and J. Cole who Mike thinks found a way to infuse that 90’s era flavor into a new school sound.  In addition to find some inspiration from fellow hip-hop artists, it was the birth of his son which flipped that responsibility switch and prompted some deep soul searching to figure out how he could support his family in the coming years.   It was that primal programming which set Mike out on the hunt to provide, so those primal drives sent him back into the studio to begin chipping away at what would eventually become …Note the Sarcasm. 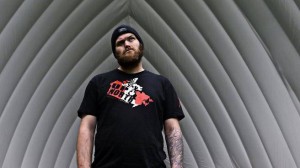 In addition to cutting his touring teeth in support of Classified for a number of years, Mike also had the opportunity to share the stage with Hedley a number of years ago early in their career, which proved to be a fun and enlightening experience.  Mike and Luke again joined the band on the road earlier this year in support of Hedley’s latest record, but due to some unexpected cancellations, the tour resulted in some extended periods of time trying not to go stir crazy on their tour bus.  In asking what differences he found having toured the country on a number of occasions, he explained that out West the following continues to grow stronger with each visit, but the one observation that was oddly obvious for Boyd was the lack of love shown by New Brunswick concert goers.  He explained that they would be out west playing sold out shows, only to hit New Brunswick and there would only be 100-200 fans in attendance, however the crowds in Nova Scotia are highly receptive to the Boyd Brothers. 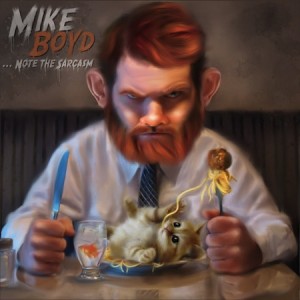 With …Note the Sarcasm dropping, it was time for Mike to step up from the hype man role and back into the spotlight as the headlining act.  Recently he was opening for Swollen Members  (one date was here in Halifax at The Toothy Moose”) in preparation for July 12th.  As we talked, Mike explained that while he’s excited to hit the stage for Big Red, and would love to be able to stick around to see Kardinal and the Killers perform,  Mike has to jump off stage in PEI and head for the bus so that he can hit the next stage later that evening at the Evolve Festival in Antigonish.   As monumental as the Big Red Music Fest and Evolve performances are, it’s the honor which has been bestowed upon the the Boyd brothers of introducing hip-hop godfather Grand Master Flash (who is also performing at Evolve) which is both exciting and terrifying Mike Boyd at the moment. Fans of Boyd’s should keep their ears open in advance of his Big Red Music Festival performance as he recently unleashed a new single (as recently as this week) which doesn’t appear on the album entitled “1 Hit Wonder” which features Saukrates and is beginning to garner some airplay on the Bounce 103.5 in Halifax.  The release of this new single might culminate with a re-release of the new album, as this is the first “radio” single the younger Boyd has released or even targeted for radio. I  had the opportunity to pick his brain a little to find out whether or not it’s a conscious effort when an artist is  recording a track as to whether or not it is being specifically targeted as a radio single, or if it is something which occurs organically after the album and/or single is released.   Boyd explained that it was something they were consciously aware of when recording a single, and that it was something he and Luke both tried to avoid as much as possible in the past.  However, in recent years Luke has embraced a more radio friendly sound and has been recording more commercially viable music, while Mike’s sound is decidedly edgier and bears a harder hip-hop influence, but there are enough pop elements that with the right station you could start hearing more and more of Mike’s material carried over the airwaves here in Halifax without the need of being “radio” friendly. In addition to the new single and having knocked some of the solo rust off opening for Swollen Members, Mike Boyd has been working on his Number 1’s  series on his Mix Cloud page.  What this series entails is that every other week, Mike will take the Number 1 song from iTunes for that week and will put his spin on the track by remixing and releasing it on Mixcloud.  It’s a way for him to keep his skills in check without having to spend the time recording an entire record.  He’s already remixed tracks by artists such as Calvin Harris, Ed Sheeran, John Legend and Ariana Grande, and seeing as how the last remix went up on June 25th, it should be time for a new remix to drop, so keep an eye on MixCloud or on Mike’s Facebook page to see when the next remix hits the site. In closing, If you’re going to be in PEI (or Antigonish) on July 12th, you should make it a point to try and come out and check Mike’s set at either event, but in the meantime certainly pick up a copy of …Note The Sarcasm and acquaint yourself with Boyd’s material in advance of the show.    Mike Boyd is one of the bright spots in both the Canadian and Maritime hip hop scenes, so don’t miss out on this opportunity and force yourself to live with that regret for the rest of your days. Check out a couple of tracks from …Note The Sarcasm Mr. Mike: http://youtu.be/6Mfcu7h0cG8 I Get Around http://youtu.be/B7PiSEkgTSE   –