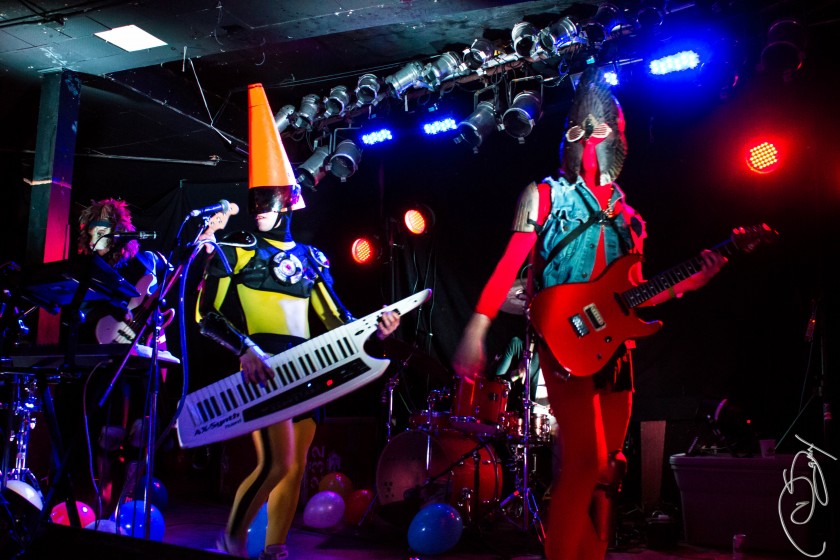 Even after having a couple of days to process the events of Saturday Night, I’m not entirely confident I can explain what I experienced. For the uninitiated, explaining the show might sound like the tale of a raving lunatic recovering from a fever dream.  After all, it’s not every day that you get to see a quartet of intergalactic travelers touch down on stage in your city.  Let’s see if I get locked up in a padded room at the end of this….

The night started off in a pretty ordinary fashion,  I reunited with some old friends before the show and we caught up over a few brews and headed to The Marquee to see the highly touted Tupper Ware Remix Party who used to call Halifax home, that is until they moved their mothership to the Big Smoke.  We arrived at the venue only to catch the tail end of Dub Kartel’s set, which was a disappointment as I would have gladly listened to their blend of hip hop and reggae for another couple of hours.  They reminded me of early Matisyahu meets Mishka, a great blast of smokey sun-drenched fun. 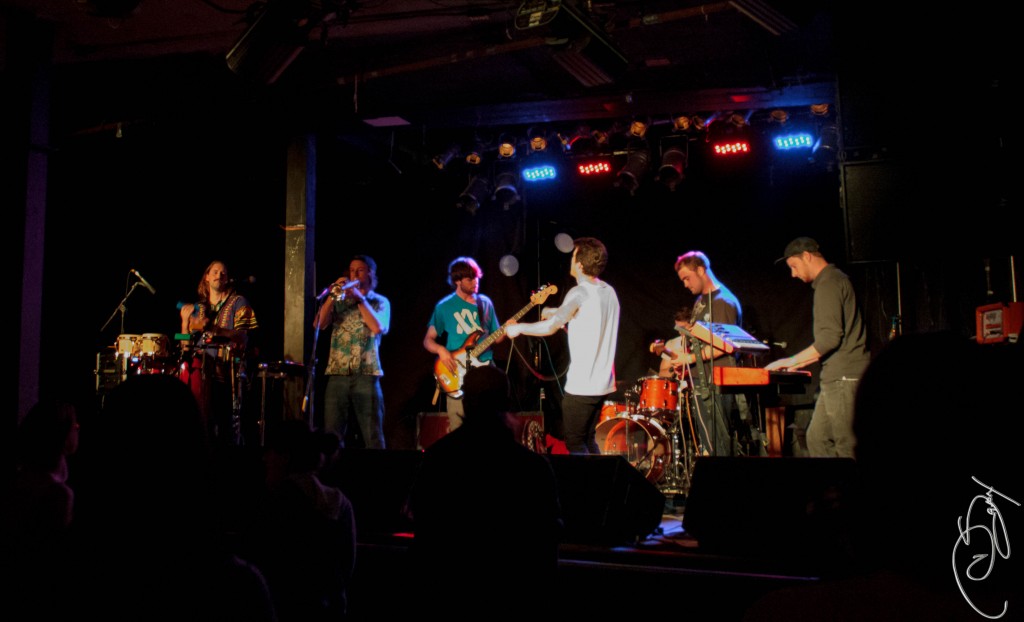 Next to hit the stage was Terror Pigeon, a band who normally tours alongside Tupper Ware Remix Party, and to say they were a left turn in the proceedings was an understatement.  I can easily say they weren’t my cup of tea, as their brand of hardcore electro indie rock just disrupted the evening’s mellow party vibe.  Even the awkwardness of 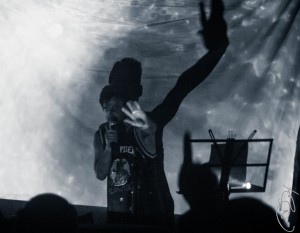 the crowd participation moments felt forced.  To see Rich Aucoin take the stage was a great surprise moment, which was pretty cool, but to close out their set Terror Pigeon tore a page straight from Aucoin’s playbook (or maybe they were paying homage) and broke out a parachute for the crowd to gather under and to let loose.  In any other city that would have feel like an original moment, but it’s something that is/was unique to a Rich Aucoin show, so I still have mixed feelings over this.   Fortunately this was an abbreviated set,  so it was mercifully short.

One last band before the fever dream folks, so bear with me.  Slowcoaster took to the stage next.  Lately I’ve been rocking a pretty serious hipster card when it comes to the pride of Sydney, Nova Scotia.  I was a fan of their early work from Where Are They Going to Future Radio as the band found a great funky fusion between pop, rock, electronic and reggae music.  They were once a far less commercial act, so I remember the early days rather fondly, and their more recent work has taken a more commercially aimed turn towards pop-radio.  Fortunately, Saturday night’s set redeemed a lot of my distain towards the new material (crowd not withstanding), as Steven, Mike and Brian seemed to be having a blast on stage.   The set was comprised a lot of the newer material, but it was a fun set.  I was amazed that the crowd was as Bro heavy as it was, and with anything there always had to be that one guy who was way into the show, almost as much as he was into his beer.  He was a nuissance, but all in the all the band was great and was having a great time priming the crowd. 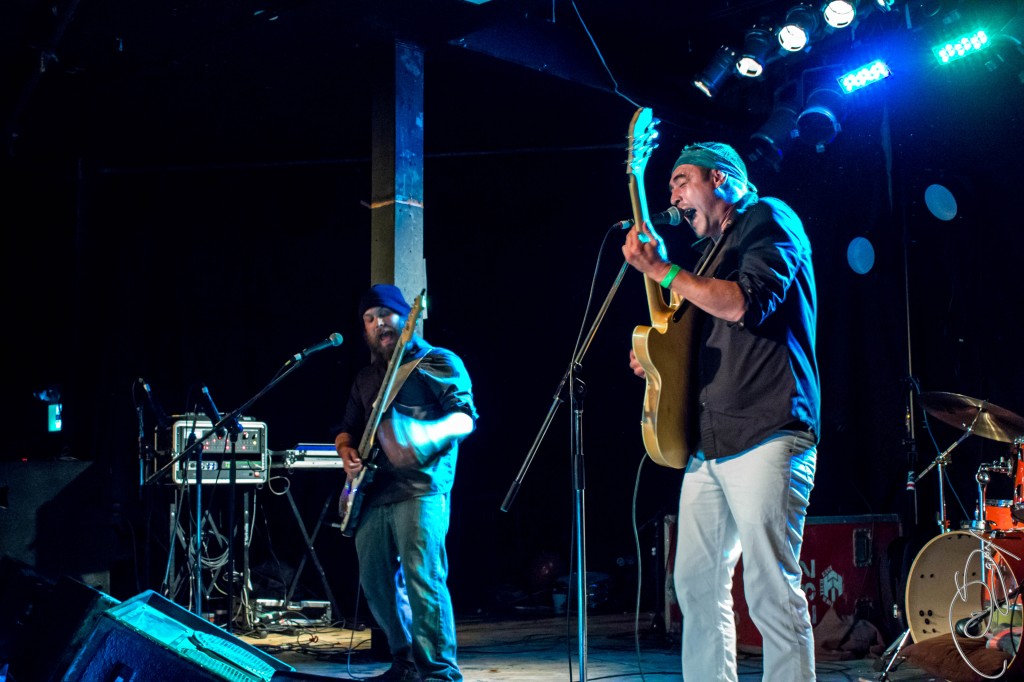 As the stage was prepped for the arrival of Doctor Sung, Lord Phobos, Hawe Hogan and Commander Meouch, the spandex clad groove-crusaders (as per the band’s Facebook page).  From the posters around town, you may be familiar with Doctor Sung’s orange cone shaped, Robocop inspired visor, but that is only the start of the evening.  Commander Meouch and his flamboyant lion mane which happens to be contained only by a electric blue sweatband,  Hawe Hogan is the man behind the kid, and he looks like he may have defected from Slipknot’s clan as he is wearing a back and white and somehow manages to keep the funky beat alive all the while rocking an incredibly stylish gas mask meets Bane contraption.  Last but not least is Lord Phobos rocking a Kanye inspired Spartan Helmet, 80’s cut off jean jacket, and the look is completed with a less elegant jet pack (but c’mon it’s still a Jet Pack!).

Considering the band took to the stage well after 12,  the band was well received by their adoring masses who were compelled to shake their collective moneymakers for roughly the next hour and a half.  Their retro-electro sound is a wonderful hodgepodge of 8 bit video game sound bites, synth, drum beats and epic 80’s pop music gems.  if you haven’t heard the TWRP’s cover of A-Ha’s “Take on Me” or their epic closing vocoded cover of the Journey classic “Don’t Stop Believin'”), go hit up You Tube and you’ll see I wasn’t in the midst of a fever dream while I took all of this in.   It’s as it the rejected Power Ranger villain’s found a way to relieve their stress by hitting the stage and covering some 80’s classics alongside writing their own tunes (See the hooky “No Pants Dance Party”). 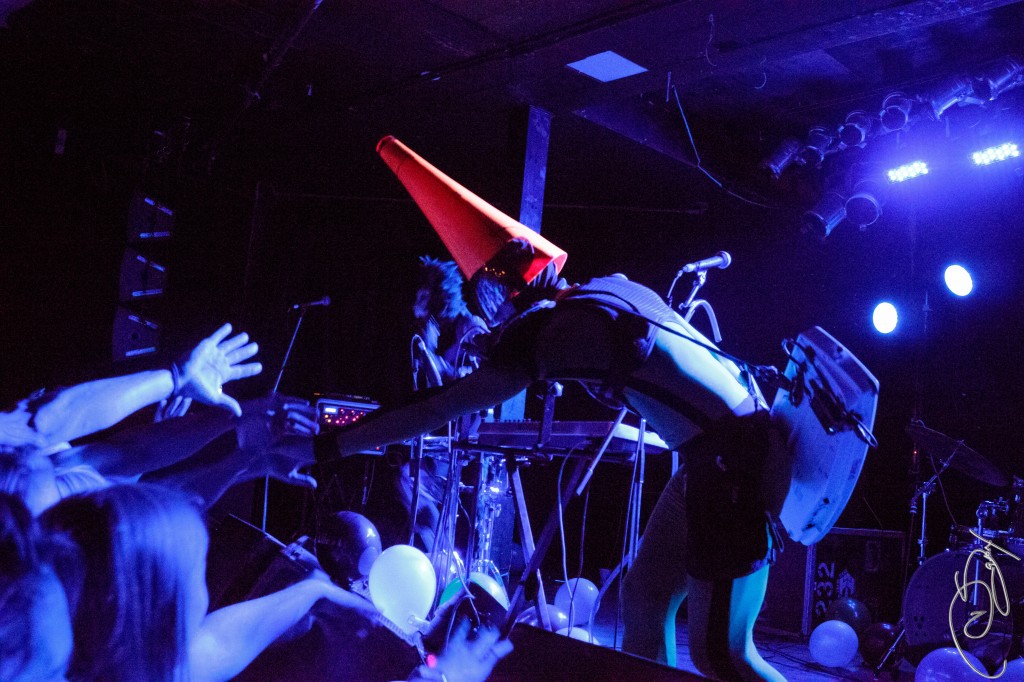 Even though it was in the wee hours of the night, it was a show I needed to see and I can tell you with almost certainty that it won’t be the last.  Friends I went with have seen the band upwards of 5 times now,  and I can see why, the band has chops and their personas aren’t some cheap schtick, they are able to create a great funky party atmosphere complete with a solid light show and some great choreography.  I you have a chance to check out Tupperware Remix Party don’t hesitate, you won’t regret it.