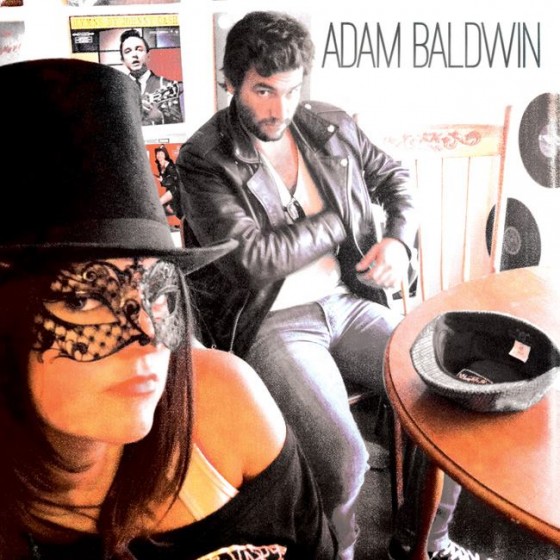 With the recent crop of solo male singer/songwriters emerging from the East Coast of Canada, it’s not a huge surprise that at least one is following a similar trajectory to one of his band mates.  There’s a good chance you’ve seen him in action and not realized it, Baldwin carries with him an interesting pedigree  of being a musical triple threat (Vocals, Guitar and Keyboards).  In addition to his musicianship, he has played with Matt Mays as a member of El Torpedo, Mays’ backing band and in Baldwin’s early days opening for Mays’ as a member of Gloryhound & The Skyhawks.  With the release of his eponymous EP, Baldwin has made the move from behind the keys to the front of the stage as a solo performer.

Radio 96.5 has been giving a fair amount of love to Baldwin’s single  “Love You With My Eyes Closed”, and for good reason as it is not a huge departure from the country tinged rock tunes El Torpedo/Mays have been playing for years.  It’s by no means derivative, as Mays’ early work was a clear homage to Neil Young, but Baldwin is clearly inspired by early Springsteen with shades of Tom Petty, Bob Seeger and the Jayhawks.   The first time I heard the opening track “Arms”, I was all-in on Baldwin’s songwriting prowess and his ability to reel you in with his storytelling, however it towards the tail end of that tune when the saxophone comes in that the homage to Springsteen felt a bit too on the nose.  However on repeated listens it really starts to fit and make sense (albeit still square on the nose).

Those gravelly tones of Baldwin’s voice really lends a grit to jangly tracks such as “Bold as Brass” and “Bonnie Rait”  which are great upbeat rockers which will get you up and moving.   However once the closing track “Burning Man” turns to ash and the album closes, it leaves you wanting more, which is a great indication that the EP has done its job and whet the appetite for more, and hopefully it comes to fruition sooner than later, but for the now the EP will have to do.

While Baldwin exists in the same vein as Matt Mays, and not necessarily a huge departure in sound, Baldwin’s EP differentiates himself through his songwriting and storytelling, taking the listener on these rides through beautifully crafted melodies which are at times melancholy, and others upbeat and raucous, but never are they devoid of emotion.  This is an album that sticks with you after that initial listen and lodges itself in your ear, which is the mark of a great craftsman.