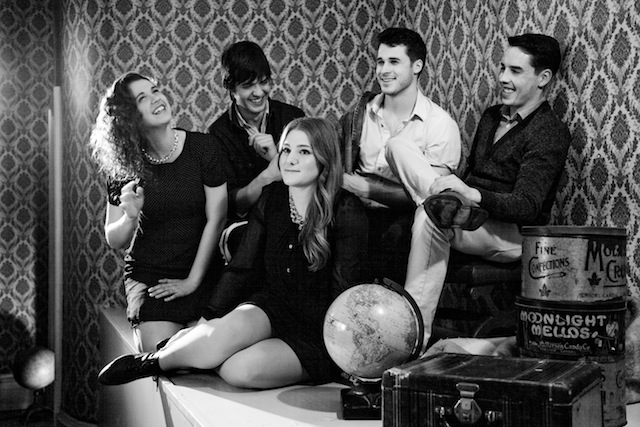 With the East Coast Music Week fast-approaching in Prince Edward Island (April 2nd to 6th, mark that on your calender), I present you with a few bands that consider to be the hottest bands coming out of PEI. Some of these bands have been around for awhile, and some of them are fairly new, but these are the bands that are getting quite the praise coming off of the island. This is a music scene that is happening right now. Is it peaking? Is it getting stronger? I don’t know the answers to those questions. But in the thick of things, you should be checking out these bands.

Paper Lions are surely on the top of my list of bands coming out of Prince Edward Island. Who’s to blame them for coming out to Halifax, and playing incredible shows at the Marquee, Alderney Landing, & The Palace to name a few. There infectious sound catches on to your ears, and doesn’t let go, their fan favourites and they’ve quite the following. They’ve topped the charts on the CBC Radio 3, and they are nominated this year for 6 East Coast Music awards. I can’t hype this band enough, without telling you these others band you should know…

Unlike the Paper Lions who have playing for over a decade, the next band on my list, Colour Code, are fairly new. Their style is more traditionally east coast, but their very indie-rock. I cannot say enough good things about this band, when it comes to originality I often to compare them to like a young Arcade Fire, they are just that damn good. Not just that, their live performances have so much life to them. I just can’t wait to hear what they have in store for full length albums. They have a couple EPs, check them out on their bandcamp site.

Another awesome band from PEI, that has been around for quite some time, namely English Words. These guys have always reminded me of bands of the 80’s from the UK, you know, bands like The Smiths, Pulp, & The Human League, (hit me on the head if you don’t agree with my comparisons), but with more of an electronic sound that is intertwined with the use of synthesizers. They have quite the unique sound. Despite only seeing them once, I really dig these guys from their great live performance from last year’s East Coast Music week. And they are playing this year!

A few other bands that I would like to mention are Coyote, North Lakes, & The Meds. And there are also alot more bands that me, myself, would like to discover at the East Coast Music week. Be sure to check out the schedule on the website as they’ve been updating the event listings ever so often. Click here.