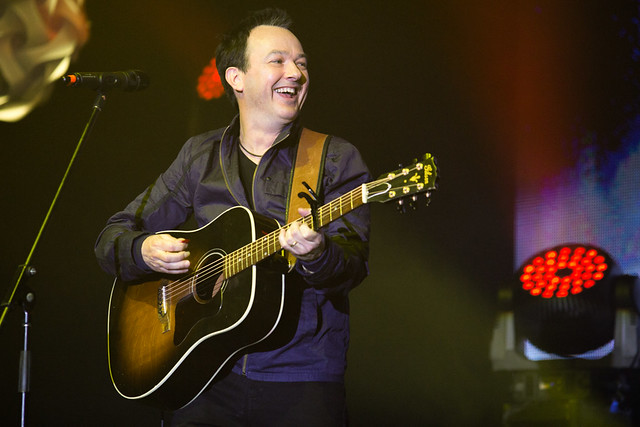 Before I get into my live music list of 2013, which highlights a wide range of talented artists both outside, & local acts playing in Halifax, I just want to say, from start to finish I couldn’t imagine what a year we’d have, from all of the bands that played. The whole experience was been just unbelievable, there couldn’t have been a better year for Halifax.

Three months into the year, in March we had the East Coast Music Week, which showcased an awful lot of good bands coming from New Brunswick, Newfoundland, (surprisingly) PEI & Nova Scotia. There’s was a handful of bands I’ve heard before, mostly bands I haven’t heard (the ones that I haven’t heard, there was a few that put on really good show).

Three months nearing the end of the year, in October we also had the Halifax Pop Explosion 2013 (of course they’re fucking awesome), that showcased alot of our local bands, but also alot of outside bands who have either had some success outside of Halifax, or have played for Halifax Pop Explosion in the past years, but really haven’t hit their stride up until this year.

Anyway, enough of the intro, in order of least recent, these are the shows that had the everlasting impression on me… 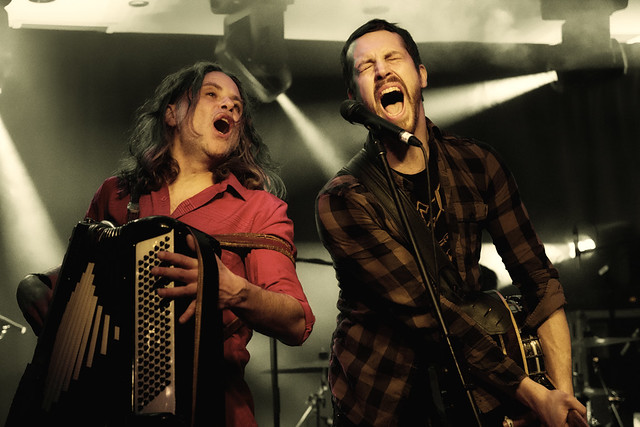 This was pretty much a wake up call for me, I didn’t realize we had so much talent coming out of the east coast. With the bands Tom Fun Orchestra, Ria Mae, & Paper Lions who I originally wanted to see, there were these newer bands like Repartee & In Dreams who totally came out of left field, and blew me away. There was just such a diversity of music happening in one week that made the experience quite magically actually, to put it to words. My highlights would have to be… 1. When I went to see the Tom Fun Orchestra play, after listening to their music for a half a decade, and finally getting to see them for the first time, and put on an amazing show at the Baronet Ballroom (a floor in the Delta Hotel dedicated to the festival for some awesome music). 2. My other highlight would have to be seeing Jimmy Rankin’ play with the likes of Jenn Grant & Ben Caplan at the Spatz Theatre. It was just a great collaboration of east coast music in such a nice sounding theatre. The show was recorded on CBC radio, as a top 10 for east coast tributes. 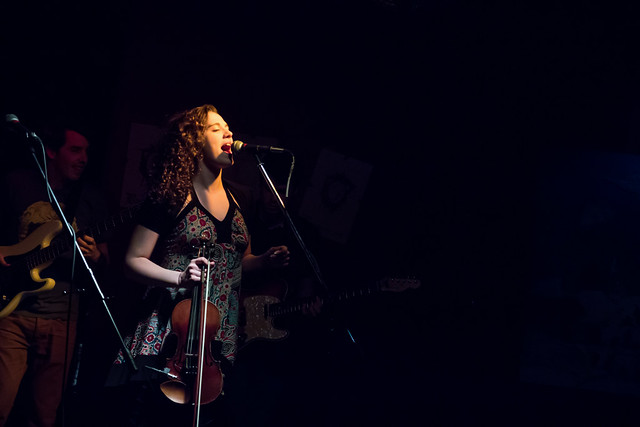 The first Berserker Lion Music Collective show I was introduced to, they’re know for bringing in upcoming indie rock bands, and including miscellaneous mediums for artists to produce their own work at the show. The bands that played on this particular night were pretty good. It was my first show in a string of shows this year that I would be seeing This Ship play. And was totally blown away by Colour Code, who played their brand of east coast indie rock, and featured a couple of crowd pleasing songs that covered songs by LCD Soundsystem & the Yeah Yeah Yeahs. 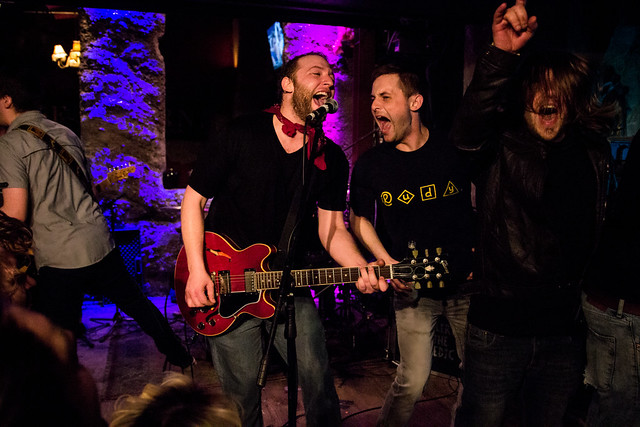 After the show from last week, I was hit with another amazing show. Check out my review from the link above. It was rockin’, pretty crazy, and emotional, all wrapped into one night. There has been line-ups like these, but will there ever be a show like this one? 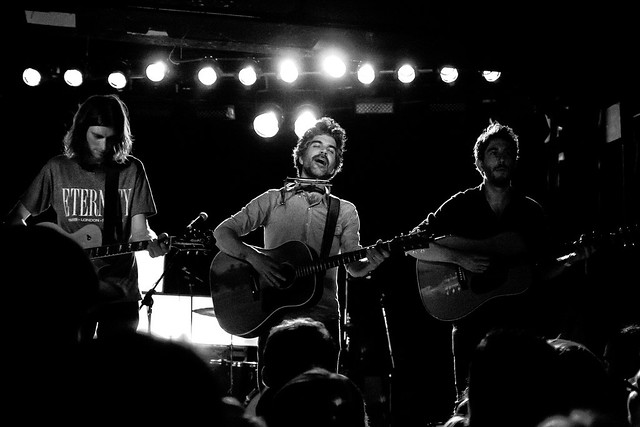 Previously reviewed by myself: here.

Definitely read my review from the above link. I’ll remember this show for being the one show this year that was closest to the heart, courtesy of Hayden & co. What I thought would be a string of good songs, ended up being an intimate & soulful show. 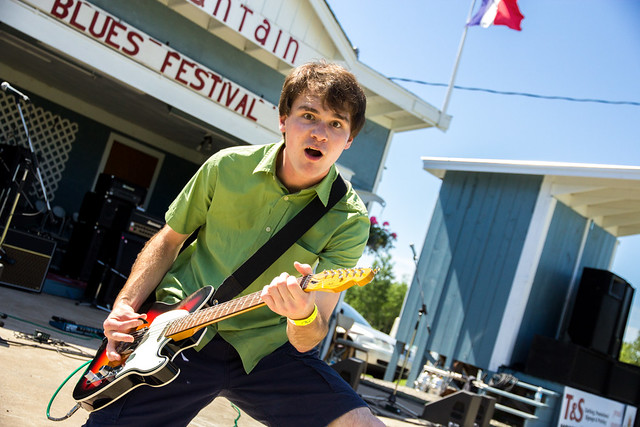 For me, this concert will be known for my everlasting quest to venture into the genre blues music. These were a part of my music roots growing up, that I wanted to rekindle. And I did just that with this amazing line-up of what would have been a bunch of unknowns, but sounded like an all-star line-up. Again, check out my review above. It was a great experience. 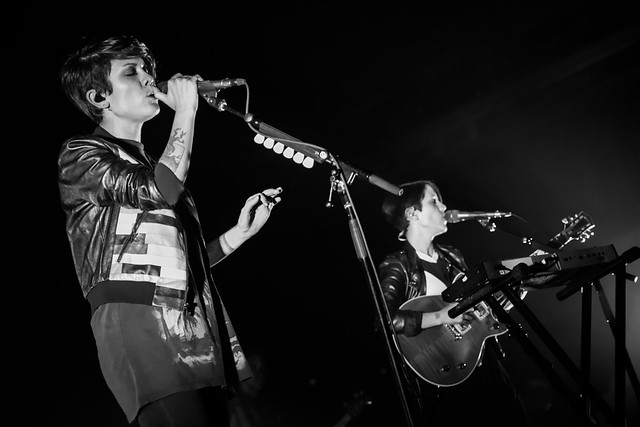 This show would have easily been one of my favorites of the year, IF, I would have stayed to see the entire show. As a photographer, I get myself into situations where I can only see the first 3 songs, and usually watching the rest of whatever I can backstage. And regret not getting a ticket for this show, but whatever, live & learn.

And just to let you know, were just talking about Tegan & Sara here, sorry Lights, you’re show was good, but not memorable enough. Anyway, the songs I did get to catch during the Tegan & Sara set were just simply amazing. I don’t know if it was the stage set-up, but their presence at the Metro Centre was so real. And the music was so so good. Song after song after song, they were songs I knew, and they all sounded even better than they’re original recordings. I remember even leaving the venue, while they were still playing, and trying to listen in. And man, I don’t usually have regrets, but this would definitely be it, not seeing the entire show. 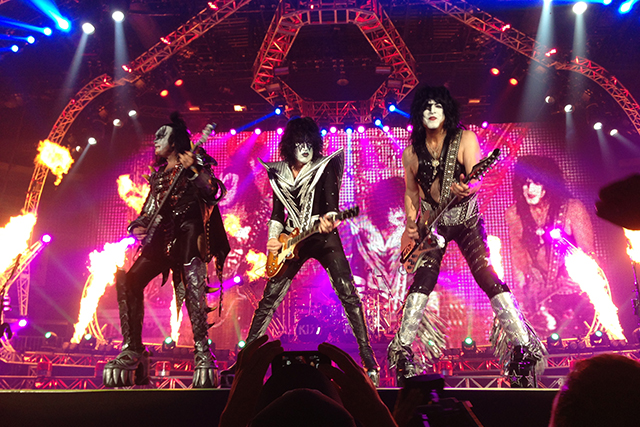 The day after Tegan & Sara, I did a road trip up to New Brunswick to check out Kiss (yeah, I know, they played in Halifax the next day, but anyway). Now, here’s a question for you… how the hell do you beat a Kiss concert? Visually, it was the best show I’ve ever seen live. I mean, these old farts really know how to rock, and they sounded quite awesome. But like man, the amazing light show, the big ass projection screen, flame throwers, fire works. “You wanted the best, you got the best”… no kidding. And they’re opening Shinedown were pretty good too. I could easily say this was my favorite show of the year, but not musically. If apples were oranges, but they’re not. And if I was an avid traveling circus goer, I’d easily put it as my favorite show too, but not, with the lack of acrobatics. 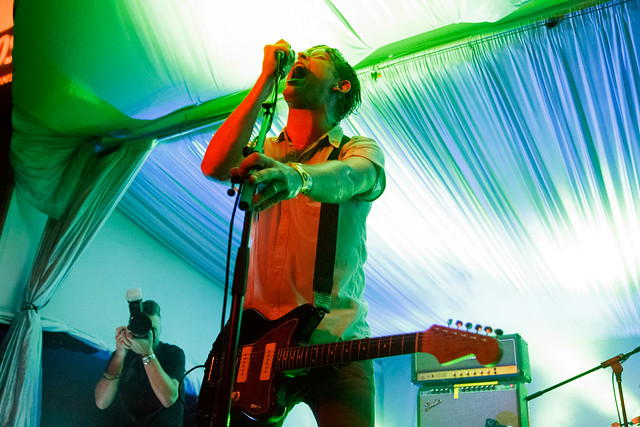 I should have made a review of the festival in it’s entirety earlier, and thank goodness are team was out there to cover a good part of the festival (you can see all of our reviews, photos by roaming the website). After it was all said & done, it was quite exhausting, and found myself weeks after recuperating. But never the less it was the most fun packed week of music this year. One of my favorites were Killer Mike, who without an extravagant light show & fireworks of Kiss managed to put on my favorite show of the year. You can check out my review here.

The one band I couldn’t miss, Metz played a couple shows that I got to check out. The first one they played was at Reflections, but didn’t sound so great, maybe it was their set-up at the venue, but the crowd was a little crazy. (I like crazy). And they’re show at the Olympic Community Hall was fucking awesome, playing with Like A Motorcycle, Motorleague & Japandroids. What a fucking amazing line-up that was. Especially Motorleague who I thought I’d probably just right off, but totally blew me away on the set they played. So so good, but yeah… Metz, their energy level just went onto a whole new level that I’ve never seen live.

Another band at HPX 2013 that were alot of fun were Fucked Up. I mean that show might not hit the energy level as Metz, but Damian Abraham & co. were giving it all they had. They interacted with the crowd, and the crowd were just having such a great time. Their brand of indie-punk-rock is just something special. It was for the fans. And myself, being just introduced to them, and kinda looking in… right there, and than, I could understand what was going on.

So yeah, that’s it for my highlights, there’s a few shows I’d like to mention that are worth mentioning, including Matthew Good‘s show at the Rebecca Cohn, Paper Lions at Alderney Landing, Zeus at Reflections, but I’ll just end it there. Anyway, can’t wait to see what happens in the new year.

Till next year, ciao!