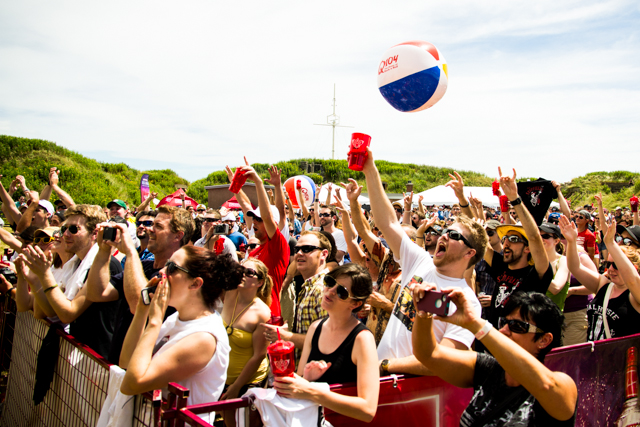 The Smirnoff Red Door Island Party w/ The Trews, The Stanfields, Gloryhound, The Town Heroes is what I call an East Coast rock n roll party.  The event starts as you pay to board the George’s Island ferry (the day of the show) and once you arrive, access is provided to an ample supply of Smirnoff’s hooch, and then you are entertained by the aforementioned line-up of great music. The line-up varies depending on what day you go (Saturday [Classified & Rich Aucoin] and/or Sunday [Gloryhound and The Trews]). With me being a fan of the Rock n Roll, I was eager to go check the Sunday showcase of rock music.

After a short ferry ride across the Halifax harbour to George’s Island I was greeted with a plastic drinking cup by staff and welcomed at the entrance table where I could buy my drinking tickets for the show. If you haven’t been to this event, the setup for the show and access to the liquor tents are pretty well laid out for such a small island. They’ve managed to keep the drinking ticketing tables/washrooms, and liquor tents separate from each other to avoid crowds of people. And there’s nothing like going into a line-up to pick up liquor only to find out that you were to buy your drinking tickets at another line-up.

Anyway, enough about the accommodations, let’s get straight into the rock! When the organizers were selecting bands for this concert, they managed to get this right. I don’t think anybody could have come up with a raw sounding line-up like this one. And when you look through our talent pool through out the Maritimes, I wouldn’t add, or take away anything from this line-up. When I go to a concert to drink, and of course the venue is more than able to support my cause, I want some hard rock, and this was the line-up that brought that. 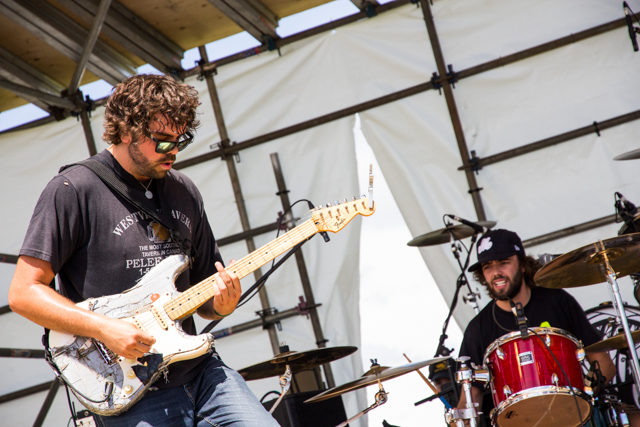 First to appear on stage was The Town Heroes. I caught a glimpse of them back at the East Music Week last Spring, and after seeing their show back than, and downloading some tunes, they were easily the one band I wanted to see. They played a good selection of songs off their latest, and only album, “Birds And Fear”, especially one of their hit songs, “More”, which I has stuck in my head.  I’m not sure if it was the sound set-up, or the way that they were playing, but they sounded so good. There must be something about playing on George’s Island; how the sound hits the water, and reflects to the crowd, I dunno, or maybe it’s just the bands. But I really did enjoy listening to The Town Heroes. 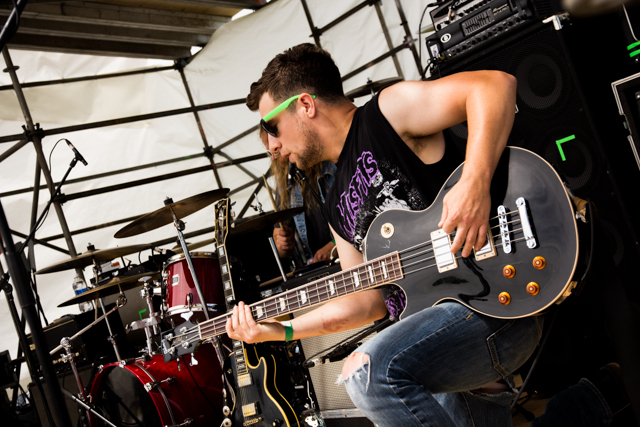 Next up, Gloryhound played their set. I must have seen these guys a bazillion times, they also played the same rock show as the Town Heroes did at the ECMW, but this time around, I haven’t heard them like this. They sounded awesome, it was almost like you were hearing them in a live recording. They seem to have everything together. And here I am, thinking to myself, “why aren’t these guys breaking out of the Maritimes already?!?”. 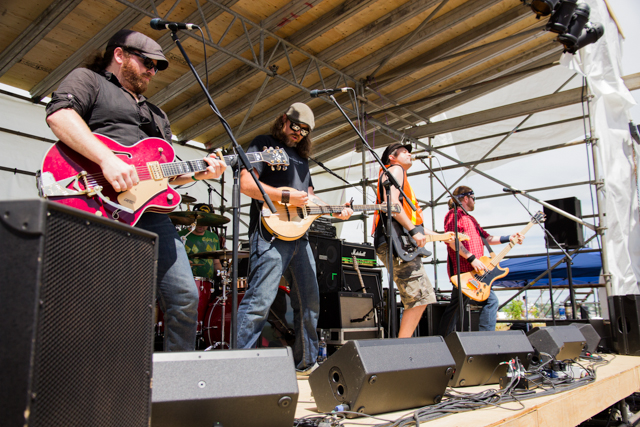 By the time Gloryhound left the stage, the island was really starting to fill up. And I dunno if the promoters were thinking, “we gotta keep the drinkers alert, and let the people who are just arriving, let em’ have it”, but when The Stanfields hit the stage, the volume went really loud. It went so loud that I had to back-off, and put some ear protection on.

Now, I’m not saying there their was anything wrong with The Stanfields, they were actually pretty good, and would have sounded better if it wasn’t for the volume. Anyway, they showed up, and they brought in their mixer of Irish-punk-rock, and people were singing along. And if I was drunk listening to these guys, I’d be singing along too. I had a great time though, rockin’ out to their set. And I’m actually thinking about making a mixer of some of the Irish-punk I listen to, with some of their tracks. 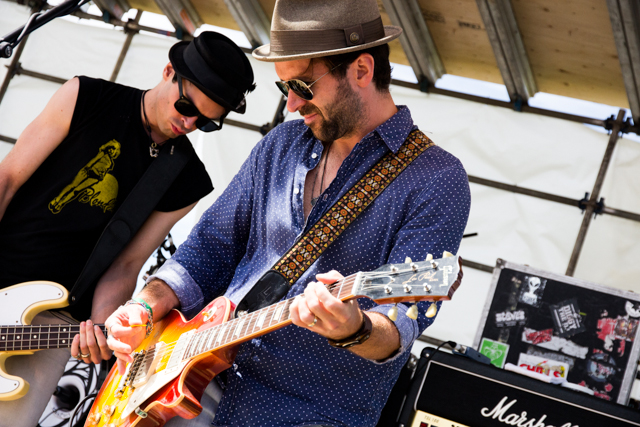 Now, heading the show, The Trews. In the back of my mind, I’ve always considered the Trews to be like the Nickelbacks of the Maritimes. Where I had this idea, is beyond me. In the artistic department, they are pretty raw/solid rock. And I do believe they are much more talented than they are credited for. It’s just over the years, I have had numerous opportunity to watch them live, and they’ve played a few shows in the town I live in (a military town), and have just passed them up. They actually have quite a bit of support for the military, just listen to the song, “High Of Heroes”, it’s a great song in support of the men and women who’ve fought for our country. I support this, and you know, it’s about time I’ve seen them live again, especially now, after 10 years since the last time I’ve seen them.

In review, The Trews were great too. They played all of their hit songs, probably cause the crowd had quite the buzz going on by now. And that’s just what you do when you play a show like that. You put the crowd into a frenzy, and everyone’s happy.

I left near the end of The Trews’ set, so no spectacular finish for me to see. I had left just before the big rush to get back onto the ferry. On that note, you have to give credit for the good service for the travel to, and from George’s Island. There were plenty of ferry crossings within the hour, starting at 10:30 in the morning to running a few hours after the show.

Next time around for the George’s Island party, I’m leaving my camera home, and bringing a designated driver with me, cause like Ricky from the Trailer Park Boys would say… “I’m getting drunk as fuck!”. See you next year!