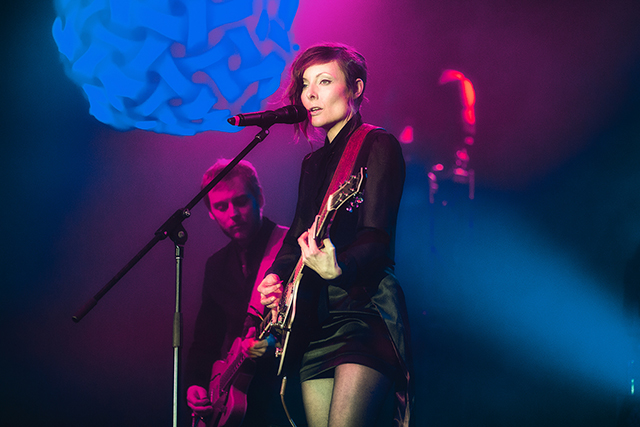 Located on the waterfront, next to pier 21, the Cunard Centre is a large multipurpose venue used for craft shows, dog shows, wine & cheese shows, sex shows, you name it. The Cunard Centre is also used to showcase music, and what a waste it would be if it wasn’t.

The Cunard Centre is considered a middle ground for bands that are too big to play in the local bar scene, but not quite big enough to play some of the larger venues that Halifax has to offer. It is usually a great spot to see some very popular indie/alternative rock acts that are at a pinnacle in their careers. One of my greatest concert experiences was seeing Queens Of The Stone Age here in 2008 with a sold out crowd. It wasn’t just my love of their music, but also seeing them in that environment just heightened the experience.

The Cunard Centre has room to spare, and as such you don’t have to feel cramped and it’s not jam packed for most shows. You won’t have to kick someone is the head to get to where you want to go. The set-up is just one big square, there are no stairs to ascend or descend or, walls/pillars to peer around (Hey Metro Centre! I’m talking to you!) To make it simple all of your amenities are accessible along the walls of the venue and outside parking is also available (at a price).

The sound in the venue is pretty damn good too. There are only a couple of other venues in town that are comparable to the Cunard Centre. Watching the Queens Of The Stone Age play was total bliss to my ears.

Not only did the Queens come to town, but the Cunard Centre played host to last month’s 2013 East Coast Music Awards. The production, and lighting used on stage (including the massive projector) was quite spectacular. The depth of the on-stage space also enhances the experience of being there.

My only gripe is that The Cunard Centre really lacks its own personality or character, so unless people bring a well produced show you better hope the band’s personality can fill the space, otherwise it may leave you feeling a bit empty. It may just be that lack of personality that lends itself to the performance too, there’s no need to overproduce a show, you can leave that in the hands of the act on stage to make or break the experience. This is place I’ve had some great times and can’t wait to make my way back to, merely emphasizing why it is one of favorite venues in the city!