Call it what you want, The Marquee has gone through some many name changes in the recent the years. Originally called the “Marquee Club” up until the late 2000’s – as the Paragon Theatre. And than opening up again this Friday as the “Marquee Ballroom”. It’s also has been on the decline in recent years as well, with constant renovations as the old venue continues to decay, and cancellations of numerous show in Halifax, one would want to stay away from this venue. But there’s still hope.

Not too far, in a distant past marked the golden age for this venue. The Marquee has housed some of the greatest upcoming acts who ever stepped into Halifax. When I first entered into the Marquee, and I believe Trev was with me on this one, (my first time in the venue/legal of age), get this, the would be Canadian-rock-stars, Sum 41 were opening up for Treble Charger. Who the **** are Treble Charger you ask? … Well, Sum 41 – at their very low end of their music stature are still playing big venues. And the list doesn’t stop there, Trev & Jeff can back me up on this, I know for sure.

I’ve seen The Tea Party, and David Usher come into the Marquee in the separation of a week. And just recently, I have seen Purity Ring play to a sold out crowd during Halifax Pop Explosion. They’re sound/the show, it was just unbelievable, I’d give up my left pinky just to re-live that experience. A band that no one knew 3 months prior to the show, and at the flick of a switch were an overnight success. Now touring, and playing famous festivals such as… ahem… Coachella. Stick that in your pipe, and smoke it! 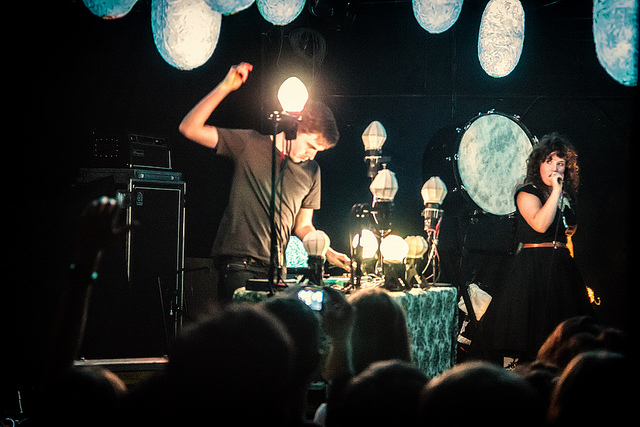 So yeah, while I gather my thoughts here, during it’s hay day, before it fell apart, the Marquee had the greatest venue environment that anyone would ever step into Halifax. I can’t quite put my foot on it, maybe it’s the enthusiastic people that brought the energy to the venue/or the venue brought to them, or the music they played between shows (I remember being 19 years old, and being half-drunk listening to Alice In Chain’s “Would?”, that’s how great my memory of that certain place & time), but the feeling of just being there was unreal. Where it goes from here, who knows. I’ve always missed the stitching of the words THE MARQUEE CLUB that hung above the entrance way.

I think it’s time to reignite some energy into this once iconic night club.