I can safely say that the independent music scene, in the Maritimes, is not only alive and kicking but is also really, smoking good. This past Saturday night I had the pleasure of attending a fantastic, musical escapade, put together by the talented Berserker Lion Music Collective (headed up by Bethany Fulde & Justin MacPherson Wiles, the BLMC is a group of local musicians/painters/performers etc. who promote one another for the betterment of the local scene). Taking place within the confides of The Company House, this show was super heavy on the dance and super light on the nonsense. Whereas most multi-band shows are weighed down by lengthy tear downs and set ups, Saturdays event was a whirlwind evening which was only slowed down by the odd song.

The show consisted of four bands (three local, one from Ontario) a live painting and a little comedy to fill in the gaps. Before I jump into the musical aspect of the night, I’d like to say that as a venue, The Company House is a great spot. Although a little on the smaller side, it does allow for a great experience that is hard to find these days. The atmosphere is very inviting and crew working on Saturday were the same.

Sam Bolton was the comedic MC of the evening and did a great job of keeping the flow going all night. Sure he had a groan or two from the audience (what comedian doesn’t during a live show) but for the most part kept things light and witty. (also, apologies to Myndi Wyns and her live painting….I left before having a chance to check that out)

Musically the show was fantastic and each band had no issues bringing their own unique sound and style to the stage. 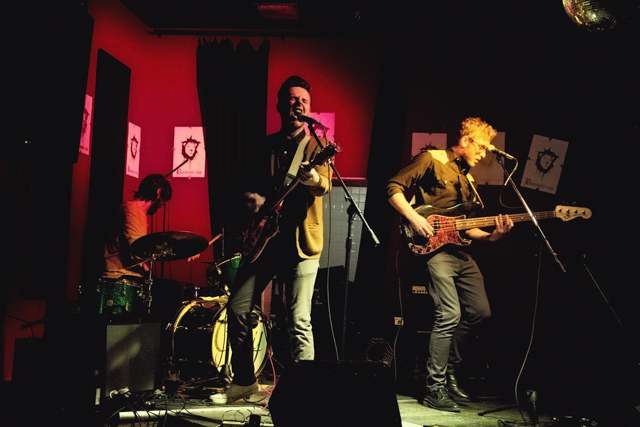 Toronto’s own The Nature Boys, kicked off the evening with an attitude that would ring throughout the entire evening. Drawing influence from past punk rock icons such as, The Sex Pistols, The Clash and The Foxboro Hot Tubs (Green Days side project) The Nature Boys were able to put their own twist on the genre by mixing the punk/rock element with a dash of 60’s influenced doo wop. Unfortunately the crowd was just beginning to make its way to the venue, and The Nature Boys fell victim to being the first band on stage (great performance from the band, not so much from the crowd) 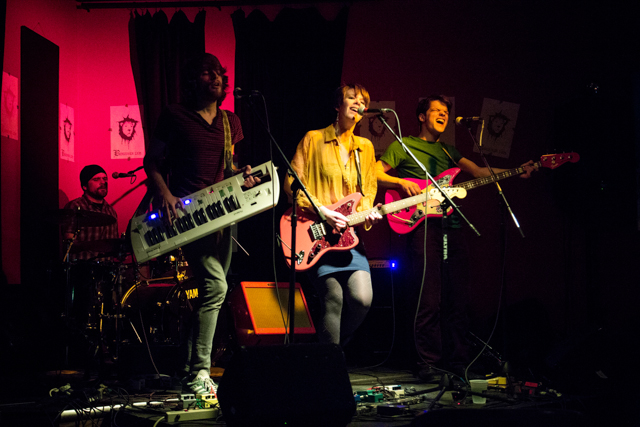 This Ship were next to take to the stage and would not disappoint. In the three weeks since I last saw them play, This Ship took a jump to an entirely new musical level. Coming right out of the gates with an intensity that lasts from start to finish, this band has the ability to draw the viewer in, and totally encompass their senses musically and visually. Drummer Adam Martin and bassist Jordan Stephens come together to form one of the best rhythm sections in town. Combining a tight, slick 4 on the floor beat with some of the best bass playing around, this duo continually throw out upbeat, grooves which keep the people moving, while allowing time for lead vocalists Bethany Fulde and Justin MacPherson Wiles the opportunity to layer the sound with poppy chord progressions and a constant two part harmony that seems to be lost on most bands these days. Although massively talented, the best part about This Ship is the amount of energy and fun they seem to have when playing. All to often I find myself completely bored with most live performances, but with This Ship the same cannot be said. 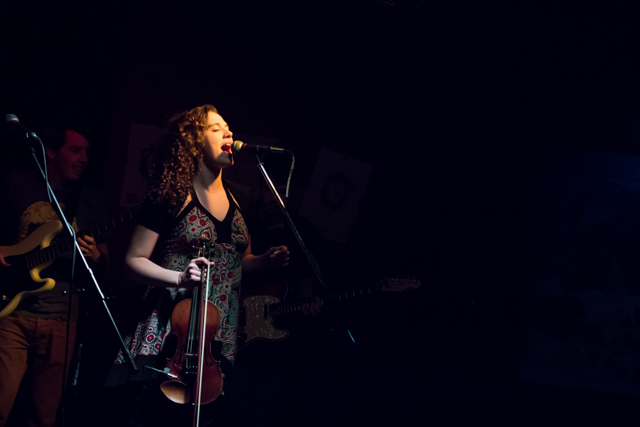 PEI band, Colour Code, had the daunting task of keeping the dance floor shaking and did exactly just that. With this being my first time hearing CC, I was unsure of what to expect but by the time they had finished I was an instant fan. Lead singer Sam Rayner and keyboardist/guitarist Emilee Sorrey sound like a duo who have spent the past ten years honing their vocal sound. To say that they compliment each other perfectly would be an understatement. You may find yourself wanting to compare Colour Codes sound with the likes of Hey Rosetta, Stars and Irish band Two Door Cinema Club but make no mistake, this band is poised to create their own little nook within the musical landscape. 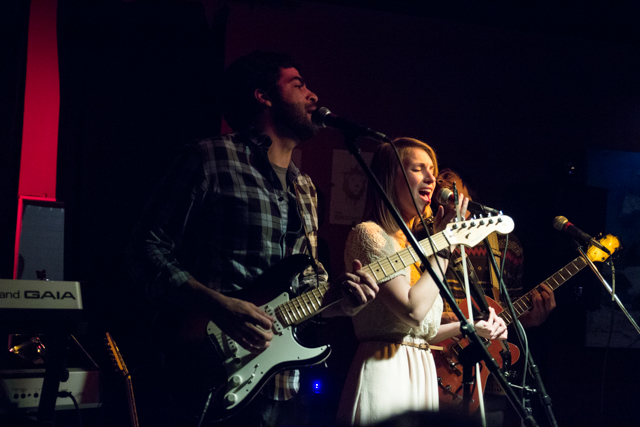 Closing out the show was another Halifax band, The Lucy Grays. I’ve had the pleasure of seeing this band play multiple times and have been impressed with how they’ve both evolved and improved from one show to the next. Needless to say, their set moved the night into a totally different direction. Drummer/lead vocalist, Rowan Swain, has a voice that is pure and unpolished (a nice departure in this day and age of auto-tune) and blends together magically with backup vocalist Kendra Breen. Switching between major and minor progressions, this indie band haunted their way through the 40 minute set with ease. Taking a little from influences such as Modest Mouse and Arcade Fire, it is easy to hear the direction this band wants to head, but much like those before them, there is no denying that this group is poised to take a turn and create something distinctly original.

Being able to spend an evening with 4 equally talented bands is something not to be missed. I’m not sure where the people hide in this city on a Saturday night, but it sure wasn’t at The Company House. Although the people that were at the show, were warm, receptive and genuinely into the entire evening, due to the level of talent on stage, I would have expected to see a lineup forming out the door. I’ve spent the past six years engulfed within the local music scene and have seen to many fantastic bands have to fold, due to lack of support. Berserker Lion can only do so much to keep the ball rolling, but eventually it falls on the people. Saturday night was the perfect example of the musicians not letting the people down; let’s hope the people can return the favour.