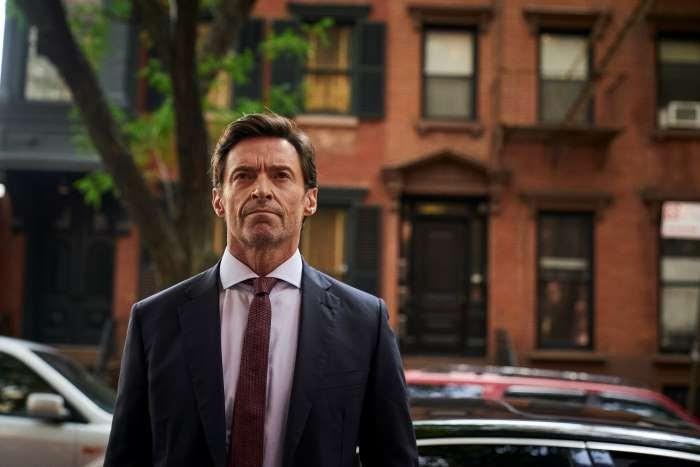 Directed by Florian Zeller | Written by Christopher Hampton, based on a play by Zeller | 123 min | ▲▲△△△ | In Cinemas 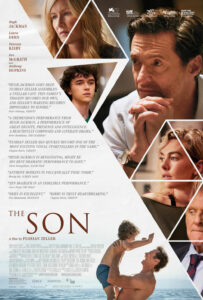 Despite the similarity in the titles, there’s no narrative connection between this picture and Zeller’s last film, the excellent The Father, though I gather it originally had a connection on the stage, along with a play called The Mother. As a film, The Son is a slab of melodrama that pulls a full bucket from a well of family misery, the tale of a teenager struggling between the separate lives of his divorced parents. 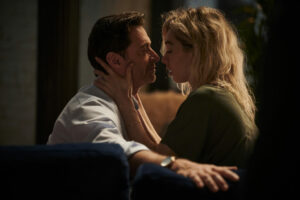 Zeller’s aiming to tell is about the guilt wealthy divorcees feel around the damage splitting up can do to the kids, and the ways they’re also unprepared for how a split can manifest psychological complexities in those same kids. While the performances are solid, The Son doesn’t get past feeling like an After-School Special on mental health in teens.

Manhattan corporate mover and shaker Peter (Hugh Jackman) and Kate (Laura Dern) split years ago. Peter married the younger Beth (Vanessa Kirby) who recently had a baby. Peter and Kate’s 17-year-old, Nicholas (Zen McGrath), isn’t doing well in his Brooklyn school and isn’t getting along with Mom, so asks to come live across the bridge with Peter and Kate. 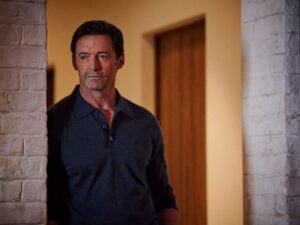 That’s a little awkward at first — Nicholas is the quintessential communication-challenged teenager, largely unable to articulate his ongoing grief around being abandoned by his father when he left his mother. Nicholas starts to make progress with school and in bonding sessions with Dad, for awhile at least, but we soon  discover his problems are deeply seated.

The movie also has room for the way Kate seems to still be in love with Peter, and the way Beth resents that Peter works so much he has little time for either of his kids. Peter’s father (Anthony Hopkins) crops up for a single scene to show us how patriarchal toxicity just might be inherited. 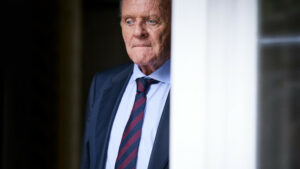 While the filmmakers certainly indicate they have some sympathy for the characters here, the picture feels fairly prescriptive around the adults’ choices and mistakes, and I don’t know if that’s advised when you’re delving into the subject of suicide. Late in the running The Son certainly suggests parents shouldn’t trust their own judgment and  only listen to the advice of trained medical professionals when their kids are in the middle of a mental health crisis. 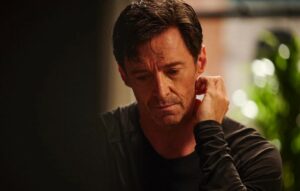 I gather this was a French stage play, where its melodramatic heft might have played better, but there’s a lot amiss here in feature film land. Jackman, Dern, and Kirby all bring their A-game, but the movie can’t escape those theatrical, European roots.

Shot largely on a Manhattan apartment set that couldn’t look more like a sound stage, it frequently took me out of the movie how artificial the light looks coming through those windows and the obviously fake buildings beyond.

It also makes literal Chekhov’s Gun, which in this kind of drama can’t be excused.