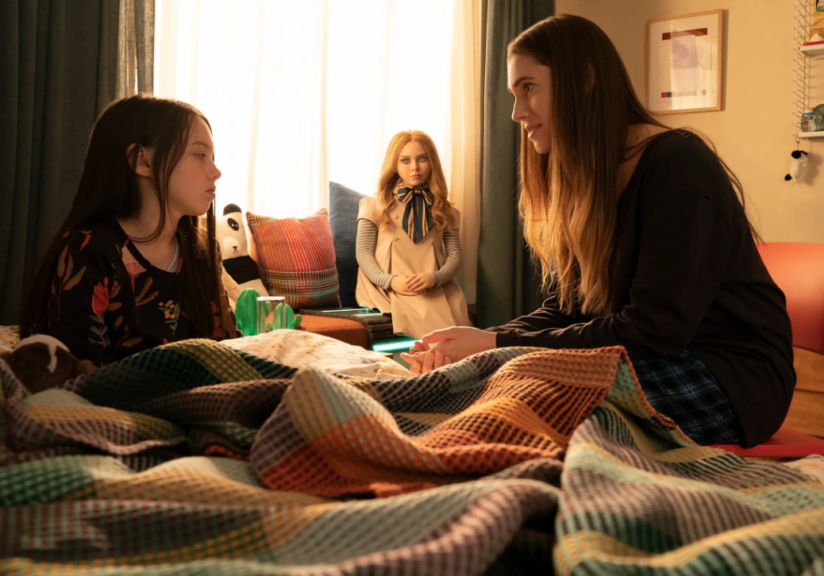 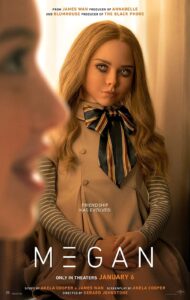 Writer-Producer-Director James Wan has some experience with murderous doll movies, but this isn’t any Annabelle picture, this is something quite different. M3GAN, and, yeah, that’s a  title the producers are bound to regret when they try to market a second sequel, is one part self-aware horror comedy, one part The Terminator. It works a lot better animating the former than the latter.

As this is the newest production from popular horror studio Blumhouse, the picture announces its tone from the jump with a toy commercial coming right after the pre-movie commercials, trailers, and studio logos: Dogs die, so why not get Purrpetual Petz? They’re super-cute, furry little mogwais who can even respond to kids’ questions with a host of “spontaneous” remarks courtesy of a built-in AI. Toy designer and roboticist Gemma (Allison Williams) works for Funki, the Petz company, and is the kind of person who gives everything to her job. When her sister and brother-in-law are killed in a car accident she’s forced to take on a parental role, becoming the legal guardian of their orphan daughter, Cady (Violet McGraw). 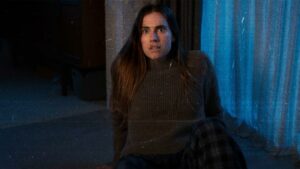 With her team, Gemma’s working on the next generation of toy, a fully autonomous artificial friend,  M3GAN (Model 3 Generative Android), despite the instruction of her boss, David (Ronny Chieng), to work on a cheaper line of Petz. Given how unprepared Gemma is for parenting, she gets Cady to bond with the M3GAN prototype. Naturally, the android is programmed to protect Cady above all else. 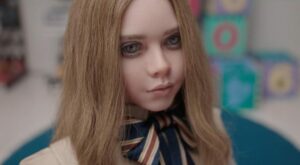 You won’t be surprised when M3GAN takes this directive to extremes when managing the threat of a neighbour’s dog, the neighbour herself, and a local bully, before coming to terms with power over her creators. 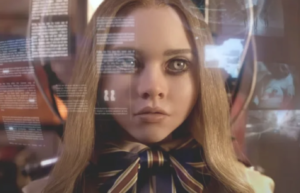 The key cast here are well-chosen, given they all have a specific look — McGraw is porcelain and adorable, while Allison Williams may be the actor with the most symmetrical features working in Hollywood, and maybe also the most poker-faced. She can emote, but she can also be entirely stoney. As the picture cuts from the murderous android to McGraw and Williams, they all seem of a type: An artificial family living in the Uncanny Valley. 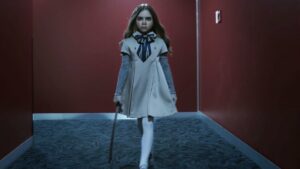 Otherwise, M3GAN works best as a campy comedy — its horror notes are mild, befitting a PG-13 rating, with mostly restrained scenes of violence and very little gore. The key gag is that M3GAN is terrifying, a fact which her manufacturers seem completely blind to though everyone else who sees her is freaked out for a second, then fascinated. Sounds about right, and it’s easy to love her dance moves, too. 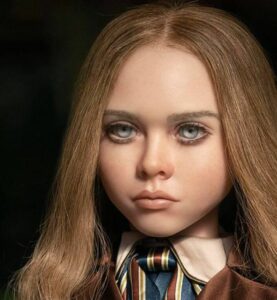 Parents might feel the thematic charge here around offloading too much responsibility for the kids to their devices. That trope is well done, but what doesn’t work as well is any plausibility around the doll’s growing psychopathy. This isn’t even remedial I, Robot, that bedrock text of these kinds of high-tech-go-wrong stories where something in the artificial intelligence is in conflict with its own programming causing catastrophe. This is just a toy becoming a nigh-indestructible killer. It all goes wrong the moment where the plot has to deliver the conclusion everyone expects even if it makes not a lick of sense. 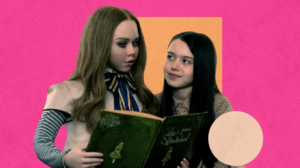 Overall this is mostly fun. Keep your eyes on the horizon for an ongoing franchise of murderbot sequels.