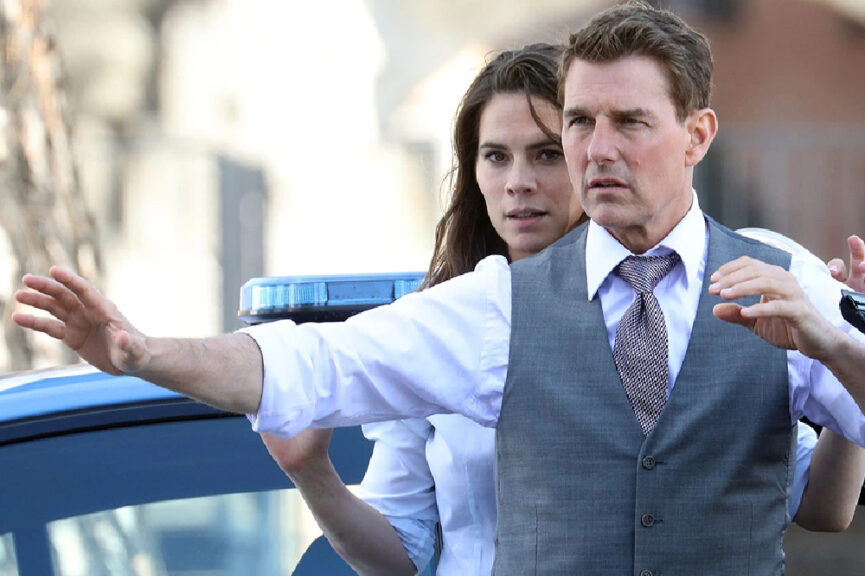 Inspired by a recent episode of The Empire Film Podcast, I though you might be interested in the feature films I’m most looking forward to in 2023.

This is a selection representing the varying levels of my curiosity, looking at feature films expected to arrive on either streaming or in cinemas. You’ll see a lot more big screen films mentioned if only because theatrical distributors are better at giving folks a heads up about their releases than streaming services have ever been.

This post won’t be a comprehensive collection of all the big Hollywood movies coming down the pike, any more than this blog is just about that. While my nerdy credentials are in good shape, I couldn’t care less about a Flash movie, for example. I’ve got a few Marvel movies in my sights, but given how disappointing the MCU was in 2022 my expectations are deeply measured.

And, fair warning: any scheduled release dates could change.

A French picture with Senegalese roots. Based on a real life court case about a young mother who abandoned her baby to the ocean’s tide, it explores the loneliness of someone who’s just arrived in France from Africa, French bigotry, and the challenges of motherhood people don’t often talk about. An unusual, powerful film (full review to come).

A Dutch film that won the Grand Jury Prize at Cannes. From filmmaker Lukas Dhont, it’s about the friendship between two teen boys that’s deemed inappropriate by the adults in the room. It’s a release from quality US studio A24, which is a good sign.

David’s son Brandon Cronenberg returns, following his visceral Possessor, with another horror where a couple get stuck at a resort with draconian laws and creepy locals. Starring Alexander Skarsgaard and Mia Goth.

Steven Soderbergh returns to his and Channing Tatum’s wildly successful male exotic dancer franchise, this time transplanting it to the UK and bringing Salma Hayek aboard. Fingers are crossed for a Matthew McConaughey cameo.

Looks like 2023’s Snakes On A Plane, which if you’ll recall everyone liked the sound of but nobody liked the movie. What I’m thrilled about isn’t necessarily that this is very loosely based on the true story of a bear that snorted a snoutful of coke back in the 1980s, it’s more that the film is a full-on reunion of the talented cast of The Americans: Keri Russell,  Matthew Rhys, and Margo Martindale. It also looks totally bonkers, from director Elizabeth Banks.

The first Creed is a model of how to spin off a successful franchise, in this case, Rocky, but Creed II was a bit of a letdown. Let’s hope this new one reinvigorates the series with the addition of Jonathan Majors, who is everywhere these days. Here he’s an old pal of Adonis Creed’s who comes out of prison with a lot on his mind.

The debut of Toronto film critic-turned-filmmaker Chandler Levack was the Canadian toast of TIFF and played here at the AFF — but I missed it in both places, damn it. Will look forward to seeing the film — which is set in the early 2000s about a nerdy video store employee — get a theatrical release.

I’d probably be a lot more dubious of this sci-fi actioner if Adam Driver wasn’t on board. It’s about humans aboard a spaceship who crash on Earth, 65 million years ago, and then face dinosaurs.

Another genre-shifting action franchise that started strong but has seen the bloom go off a little with the last edition, Here’s hoping this new picture freshens it up with more focus on character.

Been awhile since we had a comedy horror around the story of Dracula, and I don’t think there’s ever been one that told the story in the present day through the eyes of his bug-eating assistant, Renfield (Nicholas Hoult). Nicolas Cage stars as the alpha bloodsucker, and the trailer is a delight.

Guardians Of The Galaxy: Volume 3 (May 5)

I really feel like the MCU needs a win — beyond the very satisfying collection of series now available on Disney+ — and this is the one most likely to deliver the kind of quality we saw a lot more frequently in Phase Two and Three of the Marvel experiment. Paws, branches, and fingers crossed.

Killers of the Flower Moon (May) 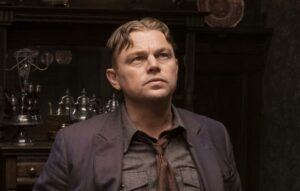 Martin Scorcese is best known for grand, historical epics, crime dramas, and intimate explorations of religion, and this project seems to meld those first two categories. Based on the true story of a series of murders committed in 1920s Oklahoma on the Osage Nation  after oil was discovered on Native American land, it stars Leonardo DiCaprio, Robert De Niro, and Brendan Fraser. Early in the year to be chasing Oscar attention, expect this one to be heavier on western genre elements.

Spider-Man: Across The Spider-Verse (June 2, in Cinemas)

The first animated Miles Morales Spider-Man: Into The Spider-Verse movie thrilled audiences, let’s hope this one can at least match it, though I gotta say I’m starting to feel like all the Marvel multi-verse stories may have peaked with the last live action Spider-Man movie. We’ll see what else the filmmakers have in their webs.

As a longtime fan of Wes Anderson, I’ll line up for his every new release. The last one, The French Dispatch, confounded me at first but after a second and third watch I was very much into it. This one sounds like a delight: a period romcom, set in the 1950s, with a huge cast including Scarlett Johansson, Tom Hanks, Steve Carell, Margot Robbie, Jeff Goldblum, Tilda Swinton, Willem Dafoe, Jeffrey Wright, and Maya Hawke, amongst others.

Indiana Jones and the Dial of Destiny (June 30, in Cinemas)

As mixed as I am on an 80-year-old action hero de-aged for a flashback scene, and the fact this is the only Indy picture not directed by Steven Spielberg (James Mangold of Logan fame is now on board), I still want to see one more of these so the deeply compromised Indiana Jones and the Kingdom of the Crystal Skull isn’t the last of the series.

Tom Cruise is coming off the biggest hit of his career, Top Gun: Maverick, and given the advance previews he’s shared of a few of the stunts he’s pulling off with this next entry in his excellent action/espionage franchise, I’m pretty excited it will deliver the right kind of fun. Chances are improved given the presence of director Christopher McQuarrie. He helmed the last two entries, which for my money were the best of the series.

Barbie and Oppenheimer (both July 21, in Cinemas)

Who will blink in this battle of Hollywood behemoths? It’s arthouse darling Greta Gerwig going mainstream with a movie about a toy versus one of the biggest directorial brands in Hollywood, Christopher Nolan. I wouldn’t have had much excitement for Barbie if I hadn’t watched that amazing trailer (see below) or read reviews of the superlative script, while Oppenheimer is Nolan in Dunkirk mode. It’s another World War II thriller, this one about the men who built the bomb.

Captain Marvel was the first MCU movie to feature a female lead, very late in the running. It was OK. Let’s hope this one, which includes Ms Marvel from the delightful Disney+ series, hits it out of the park. From director Nia DaCosta.

Kraven The Hunter (October 6, In Cinemas) 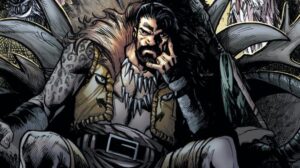 Sony and Marvel has teamed up for the terrible Venom movies as well as the so-so Morbius movie, so why would I have any anticipation of another b-list Spider-Man villain brought to the big screen? Because it’s being directed by JC Chandor, the terrific filmmaker behind A Most Violent Year and All Is Lost. He has the chops to do something special with this one.

Yes, it’s true that I had some trouble with the first Denis Villeneuve Dune movie, but it was inarguably an astonishing in-cinema experience. This sequel has the real possibility of clarifying, maybe even fixing some of the concerns of the first. I’m betting it will. 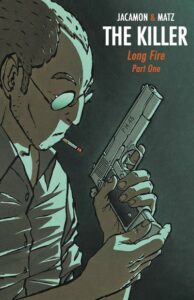 David Fincher’s new movie is material I think fits him like a steel glove: It’s an adaptation of Matz and artist Luc Jacamon’s graphic novel about an assassin’s crisis of confidence. It also features the return of Michael Fassbender, who’s been far too absent from the big screen lately.

Tara Thorne’s North-End Halifax revenge picture should get people in this town talking. My thoughts from last year’s AFF screening are here.

First time feature filmmaker Koumbie left a mark on the festival season with her #MeToo drama, starring life and creative partner Taylor Olson as someone who’s accused of assault, throwing his core group of friends into disarray. My festival review is here.

Queens of the Qing Dynasty (TBA)

Ashley Mackenzie’s follow-up to Werewolf is a stylistic left turn while still being about people struggling away from the mainstream of Nova Scotian society. My festival review is here.

Bradley Cooper is both behind and in front of the camera again with a biopic of legendary American conductor Leonard Bernstein. His wife is played by Carey Mulligan.

Ridley Scott gets his hands on another historical epic, and if it’s half as good as (the director’s cut of) Kingdom of Heaven, this should be something to see. It stars his Gladiator star Joaquin Phoenix and Vanessa Kirby. 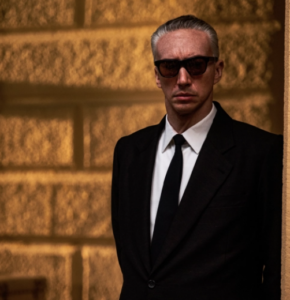 Michael Mann returns to the big screen after too long an absence with a biopic about the famed Italian car designer, with Adam Driver in the, ah, driver’s seat. Hopefully the accents will be less ridiculous than House of Gucci.

I’ve also heard rumours there could be more than one Yorgos Lanthimos picture released this year, and we’ll see the Japanese master Hayao Miyazaki come out of retirement to make a new feature. Watch this space!