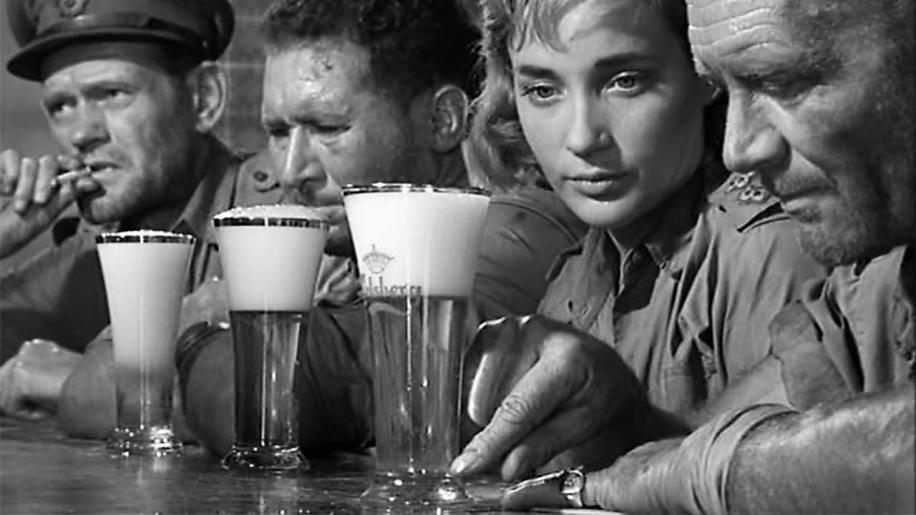 A few days ago on the hellscape we all know as Twitter, someone posted a list of the older films they’d discovered this year. Movies from the past they’d never had a chance to see before but had sought out or stumbled upon in the past 12 months and were glad they did.

Since I’m always watching older movies for the podcast I co-host, LENS ME YOUR EARS, this feels like a good idea, something valuable to document. As Stephen Cooke and I seek out classic and not-so-classic pictures to watch for the podcast, it’s rare in the course of an episode — where we watch six to eight films — something doesn’t stun me with its originality, creativity, and storytelling techniques. Frequently, the films are entirely different from what we see today in terms of pacing, editing, and subject matter.

While I’m finishing up my Top 10-of-2022 lists — they won’t be long now  — here are 10 older films that are very much worth seeing, listed chronologically.

A historical horror where the sets are so well appointed you spend half your time watching all the gorgeous objets d’art around the actors. Fortunately, the story is plenty gripping, an adaptation of Oscar Wilde’s tale of sin and vanity. The key relationship here is between the stone-faced Dorian (Hurd Hatfield) and the monstrous-but-hilarious Lord Henry Wotton (George Sanders). Sanders is so good he almost dislodges my primary association with the actor, the voice of Shere Khan.

A Second World War thriller with a more robust reputation in the UK than here. It deserves a higher profile amongst pictures like The Guns of Naverone and The Great Escape. As much a survival thriller as it is a war movie, it’s about a small group of soldiers and nurses navigating the North African desert in a truck. There were also moments where I was reminded a little of The Wages of Fear, that next-level measure of suspense.

The passing of Sidney Poitier prompted a watch of many of his films, and what a terrific body of work. This is an adaptation of a stage play, the story of the Younger family, a working class African American clan who live in a three room apartment in Chicago. They’re anticipating a life insurance cheque following the death of the patriarch, and the conflict circles around the family’s splintered ideas of what they should do with the money. The material is shockingly modern. It feels like it was made today, and only set in 60 years ago. 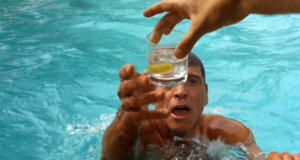 Burt Lancaster plays Ned Merril, a character who spends the film in swim trunks. As he visits old friends in his community, and chooses to swim in each of their pools as he makes his way home. But what starts as a kind of epic journey, an odyssey, becomes a story of Ned’s failures, the resentments he left in his wake. A fascinating film with an unusual allegorical power.

Featuring one of Angela Lansbury’s great performances, this is a provocative and hilarious class comedy about an ambitious social climber (Michael York) in rural Germany who uses a mix of charm, pansexuality and murder to ingratiate himself with the local, fading aristocracy.  One of the couple of features directed by famed theatre artist Hal Prince, the film is deserving of a much higher profile.

Referenced in this year’s Jordan Peele movie, Nope, this is the first feature directorial effort from Sidney Poitier and an impressive one at that. It’s a western about a wagon train full of people looking for a home in the west, and the forces arrayed against them — from  the agents of plantation owners looking to force them back to work in Louisiana to Native Americans not entirely welcoming of visitors to their land. Poitier and Harry Belafonte make a great, heroic odd couple.

One of Michaelangelo Antonioni’s great films, it has almost no score and is shot in such a way that makes you feel somewhat alienated from the characters on screen, but at the same time forces you to figure out their motivations. Jack Nicholson most of all — he plays a documentary filmmaker who switches identities with a dead man. It’s interesting how low key he is here, restless and emotional, but very much rudderless, too. It’s as if after a life of documenting other people’s stories he decides to become someone else, to give himself a chance to live his own story, or start it anew. Of course, it’s never as simple as that.

A Canadian thriller, with its primary location in the Eaton Centre in Toronto, it tells the story of a mild-mannered bank clerk (played by Elliot Gould) who sees an opportunity and takes it, which puts him in uneasy collusion with a thief (played by Christopher Plummer). Delightfully twisted and never less than entertaining.

A cold-as-ice Dutch serial killer drama, it’s almost as well-regarded as its remake from 1993 — from the same filmmaker, in English — is derided. We get to spend time with the killer and get to understand, in terrible detail, his bloody ambitions. For those who appreciate films like Henry: Portrait Of A Serial Killer and Zodiac, this is also something to see.

Paul Verheoven can’t help but be transgressive. It’s his bread and butter, and this terrific Second World War picture has plenty of that particular flavour — gratuitous nudity, blood, and wild entertainment. It’s the story of a Jewish-Dutch woman, Rachel (Carice van Houten, excellent) who joins a resistance group to fight the Nazis in Holland in 1944.