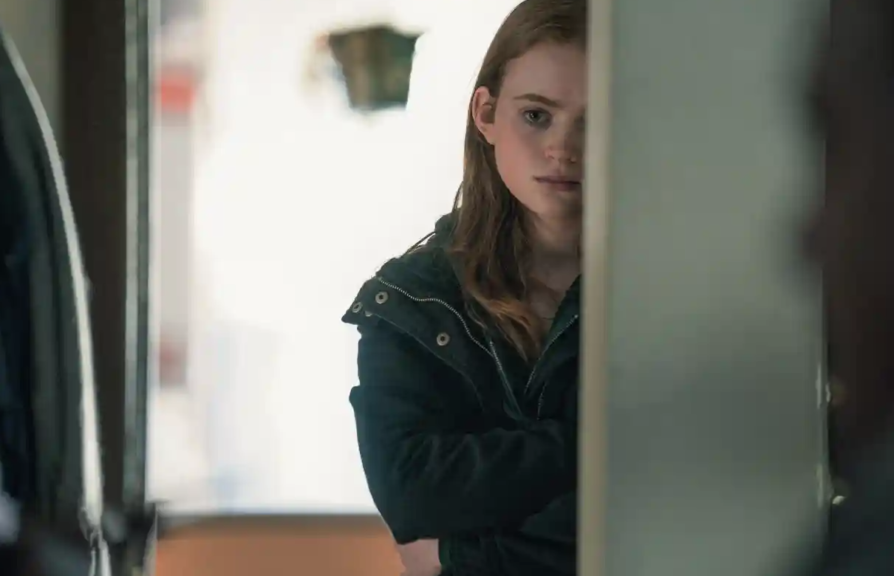 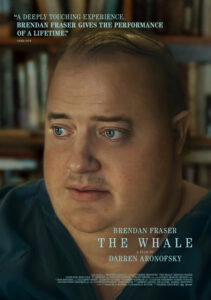 A version of this review appeared on FITI in September 2022 from the Toronto International Film Festival.

It’s hard not to think of The Wrestler when watching this movie, how Darren Aronofsky’s 2008 film gave the role of a lifetime and a second chance in the movie biz to faded star Mickey Rourke.

The filmmaker does it again here for Brendan Fraser, who’s been out of the limelight for years. Given the affection people seem to have for Fraser,  remembering his roles in late-’90s fare The Mummy, Gods & Monsters, and Encino Man, it’s surprising it’s taken this long for him to mount a comeback. Maybe he was just waiting for the right part. 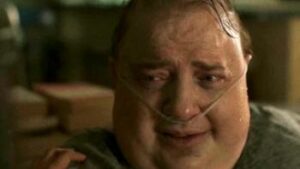 In The Whale he’s Charlie, a shut-in writer and educator living with morbid obesity and facing cardiac arrest, but refusing help from anyone but his friend, Liz (Hong Chau, terrific), a nurse. Charlie is desperate to reconnect with his estranged daughter, Ellie (Sadie Sink, of Stranger Things fame), while a bible-thumping kid (Ty Simpkins) keeps knocking on the door of his apartment in an attempt to save his eternal soul. 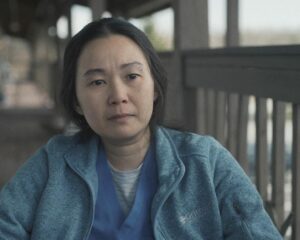 While I admire the notes of horror Aronofsky plays in all his work, daring you to look away, the theatrical roots of this material sets it in sticky melodrama. The entire picture is stuck in a single location, a stagey trope that does it no favours. Though the trailer suggests otherwise, Aronofsky refuses to open it up. 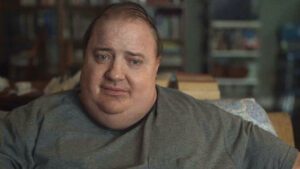 The double-meaning of the title — which will be clear to anyone seeing the movie — is a little obvious, isn’t it?  The film has already earned the ire of some who take issue with what it seems to be saying about the experience of fat people. I read it as an addiction narrative, with food as Charlie’s self-destructive means to an end, though I’d be interested in hearing what disability activists may have to say about the film and how it communicates his shame and grief. 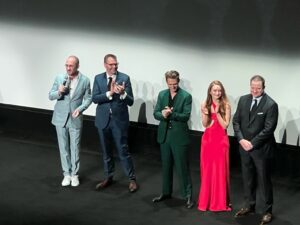 Director Darren Aronofsky, writer Samuel D Hunter, and the cast of The Whale at TIFF 2022

Whatever the picture’s shortcomings, there’s no denying what Fraser accomplishes in this role. Aided by next-level make-up and prosthetics, the wells of his emotion are dark and deep. Charlie is a character who has given up on life but who’s also desperate to make amends with whatever time he has left. Never for a second does he feel forced, even if the movie around him can’t always make the same claim.