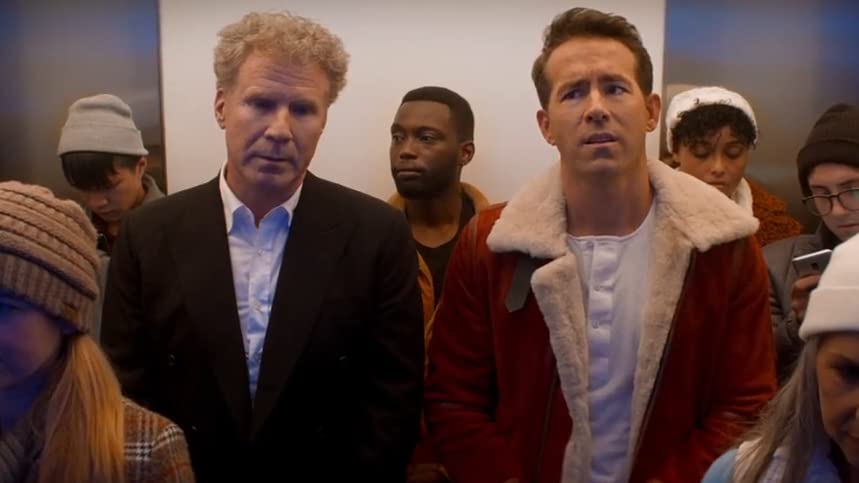 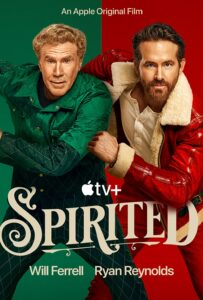 We open on a deeply troubled woman — named Karen, of course, played by Rose Byrne — getting sucked into a grave, but this picture’s not nearly as grim as all that. This creepy opening scene is the work of a ghost squad, a whole Christmas Carol team in an office full of terrifying (and just slightly annoying) spirits who put the fear of a cruel and wasted life into bad people and redeem them. Imagine the Men In Black but, uh, in the afterlife, and not nearly as creepy as Beetlejuice. 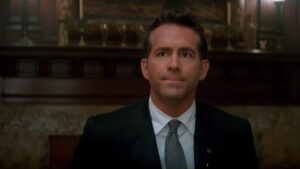 Yep, the perennial fable has been glossily corporatized, which I’m sure is what Dickens always intended. For another adaptation of a classic of Brit lit, there’s something very American, shiny and a little too busy about this whole affair, but Spirited has moments that makes it watchable. 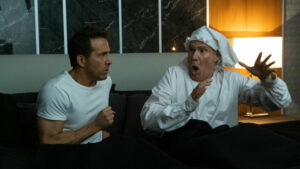 They stumble upon a character tagged unredeemable by the corporation: Clint Briggs (Ryan Reynolds), a sleazy PR wizard who stokes conflict between people on social media for fun and profit. Present, the eternal optimist — Ferrell in that familiar mode — wants to turn Briggs around. It’ll be his greatest ghostly achievement, but Briggs is a real piece of work. He’s even planning the downfall of an opponent to his tween niece becoming Student Council President, crushing a child’s dream. This while he’s carrying the grief over the premature death of his older sister, though not much regret for ruining the life of longtime employee, Kimberley (Octavia Spencer). 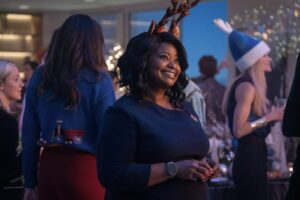 And, yes, it’s a musical. Expect plenty of song and dance — much of which is a good time. The mid-movie number set in Victorian London, called “Good Afternoon,” is a total blast, lifted by the cameo of a very recognizable corset-sporting thespian. When we just get a song without the dance it’s a great deal less of a good time. Sadly, Spencer gets saddled with the worst songs, part of a chemistry-free, high-cringe romantic subplot between her and Ferrell, who sounds a little like Kermit the Frog when he sings the sensitive ballads. 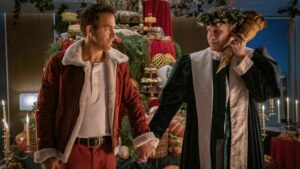 Fans of acknowledged Christmas classic Elf might be hoping for that kind of a Will Ferrell in this film, but he’s nowhere to be found. As we go along, the story becomes a lot more about Present than Briggs, which splits the focus in a way the film can’t quite sustain.

Instead we get an entertaining double act from Ferrell and Reynolds — I’d pay to see these guys in a buddy cop movie — and a Dickens adaptation with enough creativity to go unexpected places, though also a little too exhausting  for its own good, with a too-long running time that risks turning its audience into Scrooges.