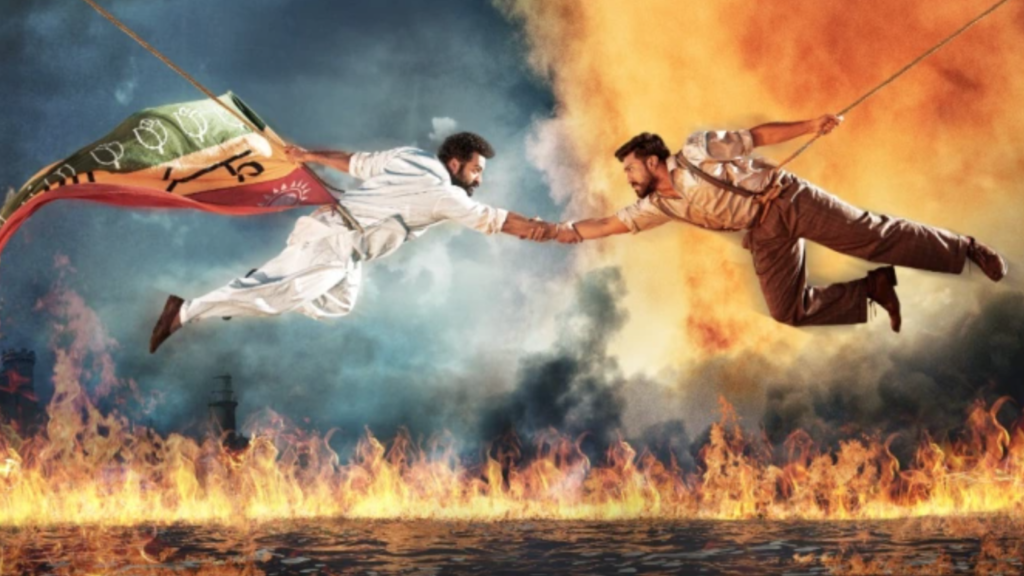 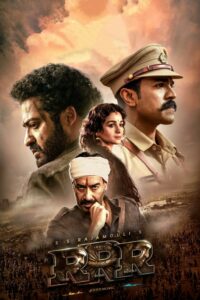 Apparently based on the lives of actual freedom fighters in pre-independence India, it’s fair to say this picture has a delightfully loose relationship with historical accuracy — as well as physics. RRR is a wildly entertaining, epic action picture that also qualifies as a musical. 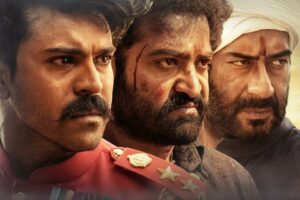 It’s India of the British Raj in the early 1920s, and powerful warrior of the Gond tribe, Komaram Bheem (NT Rama Rao Jr), is hunting for his younger sister. She’s been abducted by a particularly cruel British couple, as hissable villains as ever there were, the governor Scott Buxton (Ray Stevenson) and his wife Catherine (Alison Doody of Indiana Jones and the Last Crusade fame). 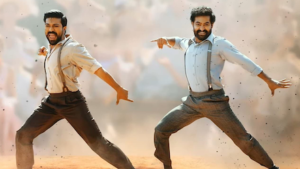 On the Delhi police force working for the British is another indefatigable fighter and dead-shot, A. Sitarama Raju aka Ram (Ram Charan). Bheem and Ram first team up to save a child, and then Ram serves as a wingman for Bheem’s efforts to woo a British woman named Jenny (Olivia Morris). Though they’re both fighting the same cause, Ram’s commitment to the long game — getting weapons for his people, for his version of the revolution — means he needs to stay undercover, which also means betraying his best buddy. 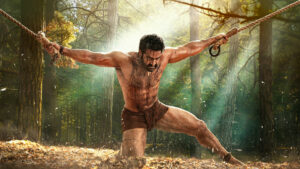 That’s really the bare bones of what’s happening in this picture. What holds the interest isn’t the plot, especially, which is often a little hard to follow, which might have something to do with what gets lost in translation — the film was shot in the Telugu language, but what we get on Netflix in Canada is a version dubbed in Hindi. And at no time does the picture bother to explain Bheem and Ram’s unearthly strength, skill, and agility, they’re just born this way. Apparently. 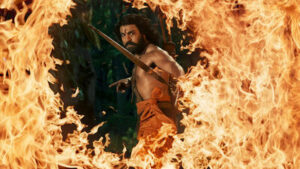 RRR is not about any of that — it’s about tiger-blood energy and visual excitement. From a truck full of wild animals released on a crowd, to Ram’s sudden, unexplained gift with archery, to Bheem’s resistance to kneeling during a whipping — all the while singing about the strength of his people — this is far and away the most ingenious, playful, and endlessly entertaining action picture this year. 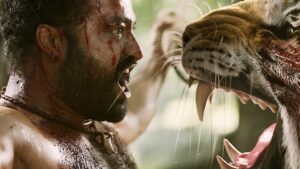 The cliches of Indian cinema are very different than what we’re used to in North America — this is also easily the cheesiest action picture of the year — but that does nothing to staunch the sheer imagination that went into its production. There’s not a MCU, Fast & Furious, or John Wick movie that can match its flagrant enthusiasm. 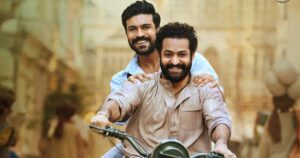 I knew I was on board the moment Bheem kicks a tire into a brazier, setting the rubber on fire, and the camera frames Ram inside the flaming, rolling circle. It’s barely a few seconds of screen time, but that kind of commitment anoints RRR as a minor classic. Expect to see director SS Rajamouli recruited for the next Aquaman or Thor movie.