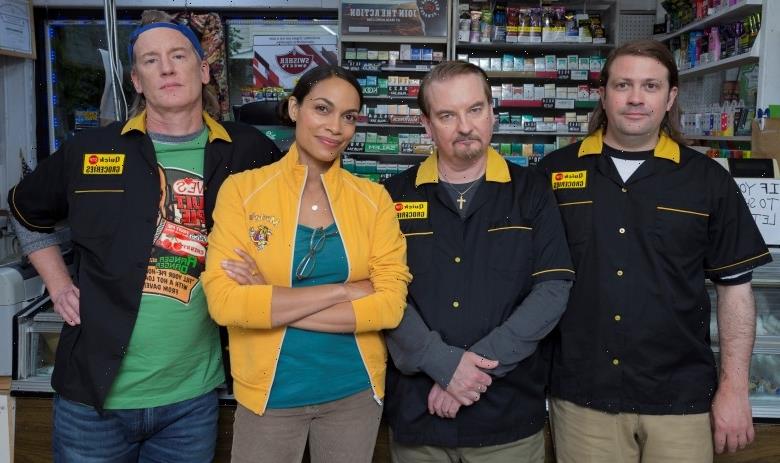 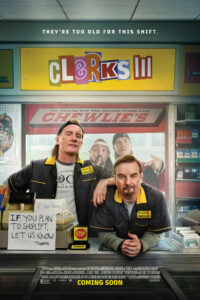 Let me get this out there for the record: I like Kevin Smith. He’s a Gen-X filmmaker who built his career on bubble gum, credit, swears, sharp and hilarious dialogue, and pop culture. I appreciate his storytelling on stage and in podcasts — he’s a hell of a raconteur. I understand he’s tried to walk away from the View Askew-niverse, the central group of characters and New Jersey suburban milieu featured in his first few movies, but it keeps drawing him back, and I like that he’s taken wild swings on other material in movies like Red State, Tusk, and Yoga Hosers, even if the results have been mixed.

But it needs to be said it’s been awhile since he made a really good movie. Clerks III doesn’t break that streak. 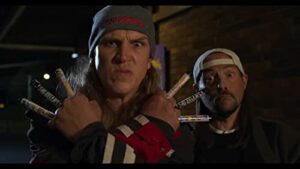 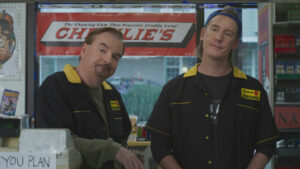 Clerks was about a group of no-hopers who waste their time hanging around a convenience store. I’ve got no nostalgia for this particular corner of his cinematic world, but I keep hoping he’ll relocate that inspired mix of comedy, drama, and religious satire that made his best material really rock.

His last film, Jay And Silent Bob Reboot, was a new low. Clerks III is at least better than that.

Back we are with the original staffers at the Kwikstop, Dante (Brian O’Halloran) and Randall (Jeff Anderson), still doing what they’ve always done — hang out at their workplace and be miserable, talking about Star Wars and mocking Christian-turned-Satanist, Elias (Trevor Fehrman). That’s until Randall has a serious heart attack, which forces him to take his life more seriously. It inspires him to make a feature film comedy about his life, shoot it at the store and rope in all the people in his life to be in the movie, with Dante press-ganged as producer, causing all kinds of friction between the two old friends. 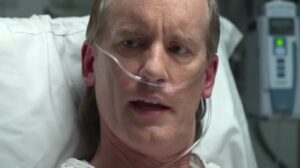 Cue a lot of self-referential gags, plenty of brief appearances from familiar faces in Smith’s films, including the likes ofJustin Long, Ben Affleck, and Rosario Dawson — Jason Lee remains absent — before the movie gets mawkishly sad in the final act. 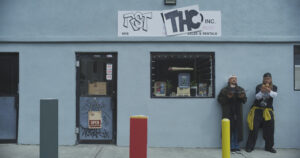 If you’re a fan of Smith’s, there’s no doubt you’ll enjoy a few jokes if only for their familiar rhythms, though if anything the humour seems a lot more tame than it used to be. Maybe it’s because the editing of his films recently feels really sluggish for a comedy. Smith used to be a guy happy to push the boundaries of good taste. Here even his most outrageous character, Jay (Jason Mewes), seems weirdly toothless. 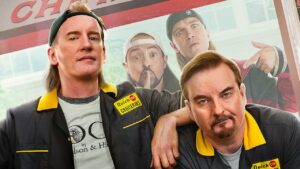 What’s especially tiresome is the growing narrative inertia, the assumption that a film that coasts on nostalgia and self-deprecation is enough to keep our interest before using the spectre of death to squeeze out some emotion. It’s all so lazy. This from a filmmaker who, in Dogma, had a lead character who could trace her lineage back to Jesus but also worked in an abortion clinic. Now that he’s mining the well-plumbed territory of white male friendship in middle age. I miss the days when he genuinely seemed to have something to say in between the scatological and sexual one-liners. 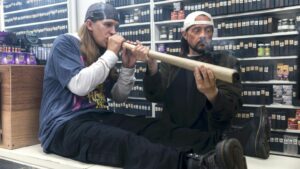 Maybe on his next project, Twilight of the Mallrats, he’ll find that spark again. I can’t say I’m hopeful.