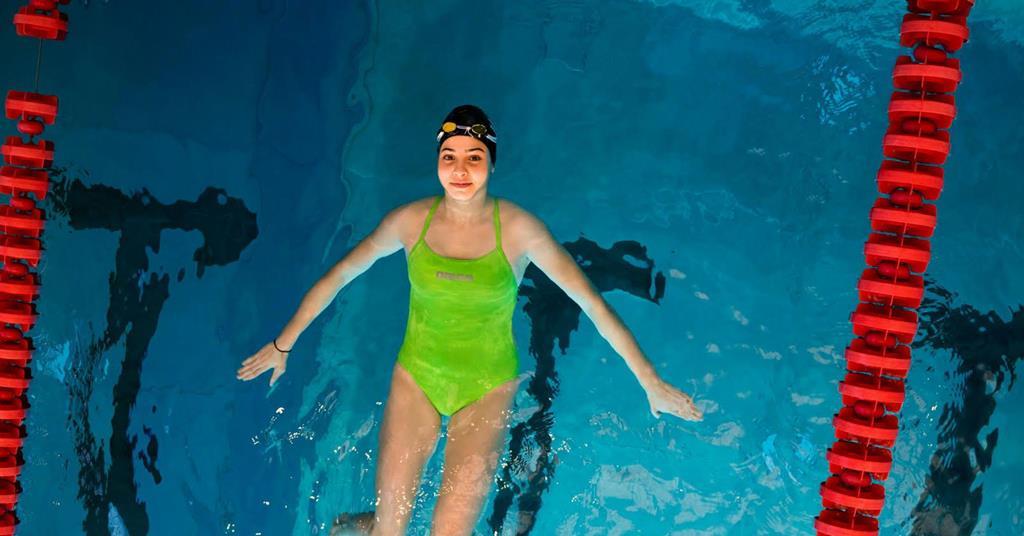 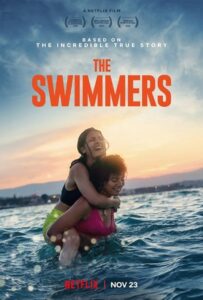 One of Netflix’s big features at this year’s Toronto International Film Festival was also the Opening Night Gala — a story based on the actual experience of Syrian sisters Sarah and Yusra Mardini (played by actual sisters Manal and Nathalie Issa), star swimmers back in Damascus who in 2015 were forced to leave by the war and migrated to Germany with the hope that once settled they could both compete in the Olympics and bring their parents and little sister with them. Of course, in the vast, international refugee crisis nothing is as simple as they’d hoped. The casting of actual sisters in the leads is a masterstroke, bringing a naturalism in the performances that trumps the occasional leanings into teen- and sports-movie cliche and the distracting conceit that they speak English half the time when they obviously wouldn’t need to. 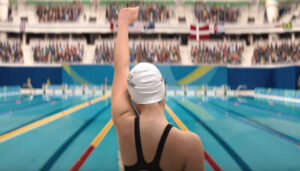 What the film does best, and what raises it above its scripting flaws, is the way it serves as a migration narrative that humanizes and validates stories we’ve all seen on the international news. The sisters’ travels across rough Mediterranean seas and over barbed wire fences at European borders in the company of equally desperate families from Eritrea and Afghanistan, that’s the element here that feels most vivid, all brought to the screen in the most sterling cinematography. That’s what I will take away from this picture. 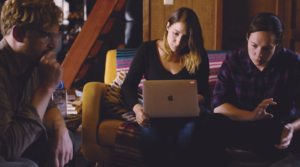 Are you concerned about the way companies like Nestlé are scooping up rights to water in the United States and Canada? Do I have a documentary for you!

In The Grab, filmmaker Gabriela Cowperthwaite (Blackfish) partners with journalist Nate Halverson of The Center for Investigative Reporting. They elucidate his team’s multi-year project to examine why nations and global corporate entities are fighting to control land, food, and water supplies around the world. The film looks at one of China’s massive food company buys in the United States, and why a Saudi company secured enormous tracts of arable land in Arizona, then emptied the land’s aquifers with their hay production. It looks into how the former owner of Blackwater has been buying farmland in Africa and why Russians are hiring American cowboys to work land that until recently was too cold for that kind of agricultural purpose. The documentary, equally slick and effective, looks at both the micro and the macro, telling a story that connects economic drivers with geopolitical ambitions and the inexorable impact of climate change. It predicts war and future power struggle across the planet. Is it terrifying? Absolutely. Is it essential? Entirely.