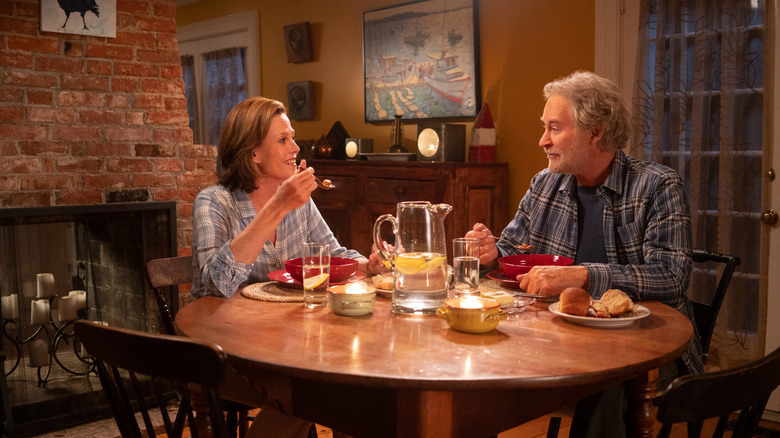 Directed by Maya Forbes and Wallace Wolodarsky | Written by Forbes, Wolodarsky, and Thomas Bezucha, based on the novel by Ann Leary | 114 min | ▲▲▲△△ 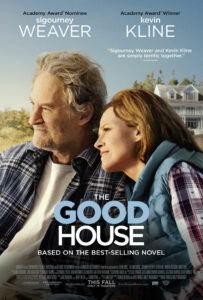 This is a curious one; a shot-on-the-South-Shore-of-Nova Scotia dramedy starring Sigourney Weaver and Kevin Kline, which is no small matter in the casting stakes: This is a Dave and The Ice Storm reunion, and a chance to see two of the best actors in Hollywood, who don’t work nearly enough, shine in meaty roles.

Based on a novel, it really feels like it — the spokes of this cycle don’t correlate to your average script structure and that’s to its credit. If it cleaves to a typical addiction narrative in the final reel,  Weaver’s star power and comedy timing makes it more than worth a watch. 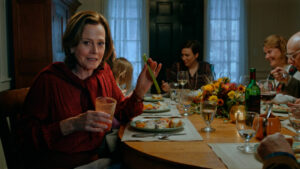 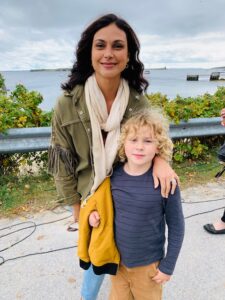 Hildy breaks the fourth wall right off the bat, introducing us to all the characters, including her irritating adult daughters Tess (Rebecca Henderson) and Emily (Molly Brown), and her ex husband Scott (David Rasche), who left her for another man. Early on they stage an intervention, worried as they are about her drinking. Hildy is so sharp and funny, it’s hard to take any of their concerns seriously, and none of the other characters are anywhere as vivid as she is. 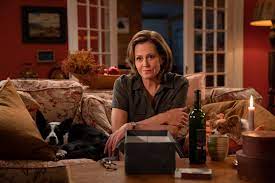 Hildy is an entirely agreeable guide to her life — we have very little reason to doubt her version of events. Sure, she likes a bottle of wine in the evenings, but we all know people like that. They might even be alcoholics, but they’re so high functioning you barely notice it’s a problem. Lots of people live perfectly happy lives this way, though I never had much doubt Hildy wouldn’t be one of them because nobody in this kind of movie who may have a drinking problem won’t be brought down by it. That unfortunate narrative cliche does scupper this movie’s conclusion, but there’s plenty of pleasure getting there. 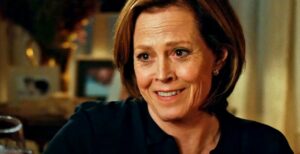 It’s the comedy beats that work best. Hildy is frequently the one with a quick rejoinder, whether it’s to someone else or to the audience, and the film fills small roles with performers greater than the parts — I see you Beverly D’Angelo, Paul Guilfoyle, and Nova Scotia’s own amazing Shelley Thompson. The story also has room for unexpected asides, like Hildy’s almost supernatural gift with reading people’s secrets, which she explains as an inheritance — she’s descended from a woman tried as a witch in Salem.

Hildy makes some questionable decisions as we go, but has an impressive way of pulling herself back together again. The picture takes its time tipping its hat to where it’s heading. 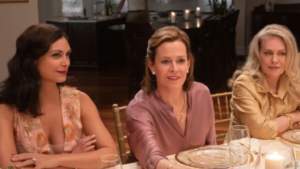 Eventually, Hildy makes us complicit in her good time turning bad because when she blacks out, the movie doesn’t show us what she did — we discover the mistakes in the cold light of day, just like she does. It’s a clever technique to clue us into her unreliable worldview. 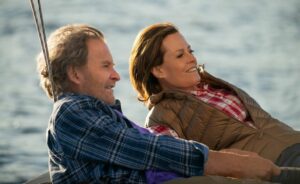 It’s Weaver’s wonderful company making The Good House good, the charisma she’s been sharing with audiences for more than 40 years that’s as sharp as ever. If you need a dose of what a real movie star is, check this out and try to imagine anyone doing this role better.