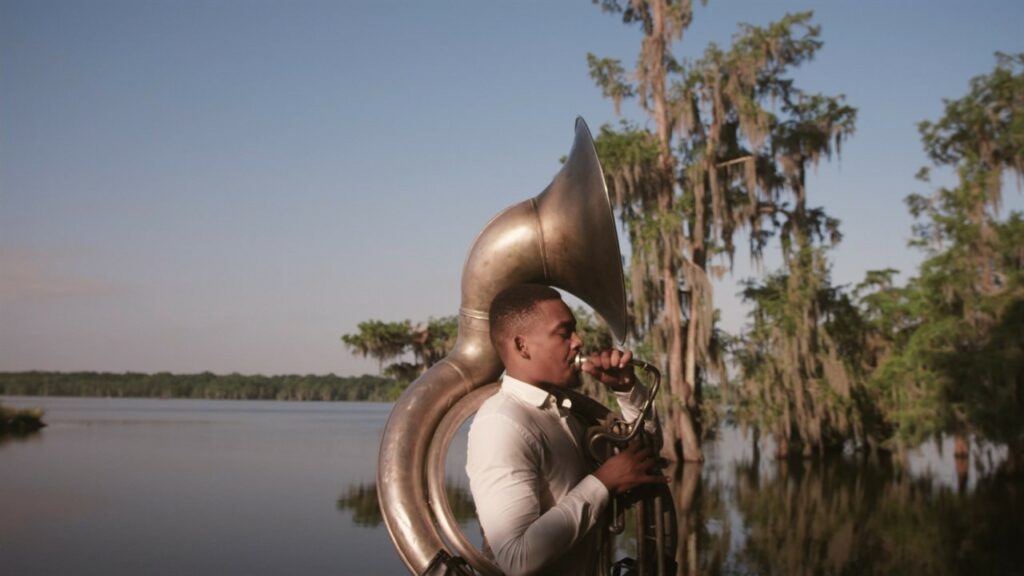 For the first time the Lunenburg Doc Fest is running for seven days, from Thursday, September 22 through the 28th. That means more opportunity to see a broader selection of new documentaries, both on site and online. Here’s a few that I’ve had the good fortune to see in advance: 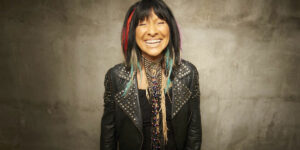 A look at the life and career of the award-winning phenomenon that is  singer/songwriter/visual artist/teacher and activist, Buffy Sainte-Marie. She’s someone who given her achievements we’ve maybe taken for granted, but who’s made her voice heard far and wide for years — from Greenwich Village coffee houses to Sesame Street to the Academy Awards to the Polaris Prize, it feels like every decade in the past six she’s made some kind of mark. This doc does a good job of showing what a difference she’s made to the culture and broader understanding of indigenous issues as well as in the lives of artists, indigenous and otherwise. Structurally, this is pretty conventional stuff, and it isn’t above doing the reenactment thing with actors playing young Buffy, which can be a little tacky, but otherwise the filmmakers do right by speaking to good people — Robbie Robertson, Joni Mitchell, Jeremy Dutcher — and put Buffy herself front and centre. 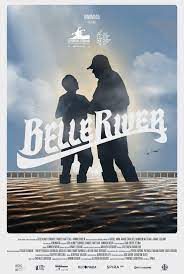 A short doc about the residents of a town in rural Louisiana, one where the denizens are Cajun and speak French. Their town is already partly under water, which they just live with. It’s like Venice between October and January — everyone wears rubber boots and wades through the flooded streets. But more water is coming because a spillway will open in order to protect larger communities in the state, like New Orleans. The film is a symphony of drone cinematography, with gorgeous shots of both the town and the animals around. I don’t think I’ve ever seen imagery from above of crocodiles swimming, propelled by their tails. With this and All That Breathes at the Atlantic International Film Festival, we’re starting to see thoughtful and compelling documentaries showing the various impacts of the climate crisis. They’re essential. 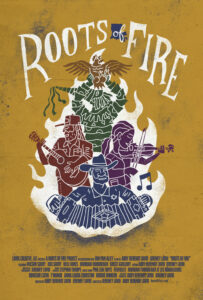 Speaking of Louisiana, here’s a doc about Cajun culture and music, with a number of young purveyors of the musical craft on hand to play it and explain its roots — which should be of definite interest to those around here in the Acadian community as well as anyone interested in the root of American music. These musicians — including the brothers Savoy, Kelli Jones, and Jourdan Thibodeaux — have been recognized by the broader music industry, many are Grammy Award nominees and winners. They really know their past, and while they’re almost all white folks they’re upfront about the overlap with black musicians, that the border between Creole and Cajun is very porous. 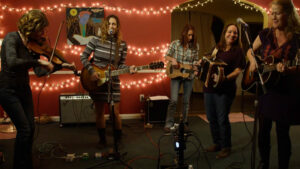 It’s a fascinating portrait of a scene and community where the melting pot theory of culture is embraced, where it seems they’ve overcome many of the differences between people. Given the ways we are too often separated by our races, traditions, languages or religion, there’s something wonderfully hopeful here in people working to hang onto the connective tissue between them, especially through music.  And Mardi Gras in this crowd looks like a great time. 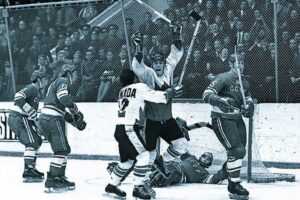 The Canada-Russia hockey series in 1972 is presented in this documentary as having serious geopolitical import — which it may have had. Certainly the author of the book this doc is partly based on, Gary J Smith, believes it did. (The book is entitled Ice War Diplomat.) In my household growing up, where my father had also worked as a diplomat and attended the games in Moscow — and knew Smith — what was important was that the Canadians beat the Russians. Dad used to chuckle when he told me, “Nobody talks about the ’74 series, when the Canadians and Russians met again, because the Russians won!” Whether you’re a hockey fan or not, there’s plenty here in the doc to enjoy simply for how it frames history and hockey in northern cultures, and how the Canadians quickly learned to respect the way the Russians played after assuming they’d sweep the tournament. Lots of terrific footage, lots of great stories. Interviewees include Wayne Gretzky, Ron MacLean, Vladislav Tretiak, Ken Dryden, Phil Esposito, and Margaret Trudeau.