As regular readers of FLAW IN THE IRIS — and followers of the site’s Instagram account — know I’ve recently returned from Toronto where I covered the 2022 edition of the Toronto International Film Festival. (Click here to read all the reviews.)

On the most recent episode of the podcast I co-host with the multimedia journalist Stephen Cooke, LENS ME YOUR EARS, we discuss a number of the films I watched in Toronto, as well as many that he’s seen here at the Atlantic International Film Festival, sometimes known as FIN, along with brand new films we’ve both seen. 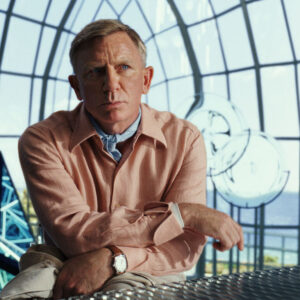 Films discussed include Glass Onion: A Knives Out Mystery, The Fabelmans, The Whale, The Banshees of Inisherin, Enys Men, Bernie Langille Wants To Know What Happened To Bernie Langille, The Young Arsonists, Buffy Sainte-Marie: Carry It On, Compulsus, Triangle of Sadness, Broker, Decision To Leave, One Fine Morning, Queens of the Qing Dynasty, Lemon Squeezy, All That Breathes, and even a couple films neither of us have seen, I Like Movies and Bystanders. 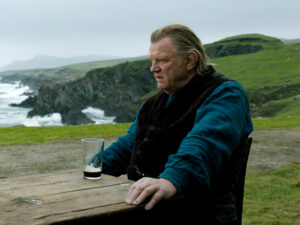 Other recent episodes of LENS ME YOUR EARS have included looks at movies starring, about, and inspired by Elvis Presley, Wartime Thrillers, Jordan Peele’s Nope and pictures that opened in the summer of 1972, and movies set in deserts!

LENS ME YOUR EARS is available to be downloaded and subscribed to wherever you listen to podcasts, including Spotify, Apple Podcasts, and Stitcher.