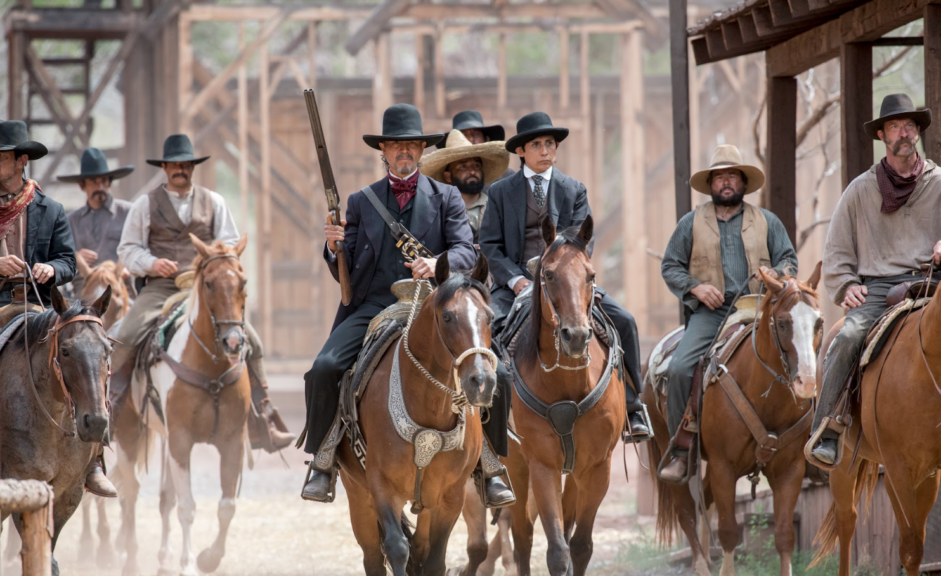 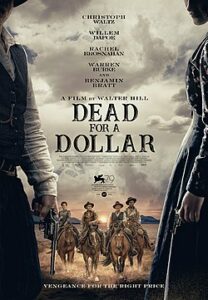 Walter Hill is a towering figure in Hollywood genre filmmaking. He directed The Driver, The Warriors, 48 hrs, and Johnny Handsome. He learned his craft at the side of Sam Peckinpah. His career is legendary, but since his 1980s heyday he’s directed a few big-budget disappointments like Geronimo and Supernova — which he took his name off.  Now at 80 he’s made a western, something he’s done before with Southern Comfort and Last Man Standing. He’s said westerns are his sweet spot, but this one’s gone sour. 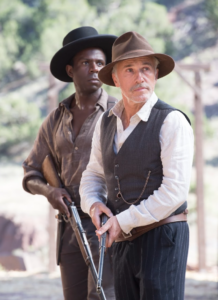 It’s 1897 and Max Borlund (Christoph Waltz, like his character he’s just here to collect a cheque) is a bounty hunter tracking a woman who’s been abducted, Rachel Kidd (Rachel Brosnahan), with a man who knows where she’s been taken, Alonzo Poe (Warren Burke). That’s way down in Mexico, and Rachel’s hiding out with army deserter Elijah Jones (Brandon Scott). Into this mix comes Joe Cribbens (Willem Dafoe), a gambler who has a history with Mr Borlund, and the Mexican owner of the land they’re travelling through, Tiberio Vargas (Benjamin Bratt). 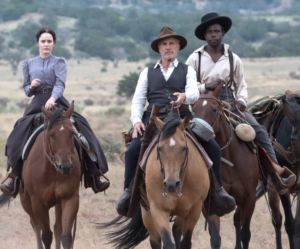 The problem here isn’t this cast — which is sterling — it’s a script that never quite rings true, with plenty of dialogue that too often feels forced or soapy. That tone unfortunately suits the awkward camera-movements, over-lit sets and dicey editing. There’s a lot the filmmakers could’ve done to inject some excitement here, but they haven’t — it’s absent much feeling of suspense or genre authenticity. The picture looks cheap and stagey, a sepia-toned wash over everything doesn’t substitute for genuine production value, nor does it do much to provide the grit this material should have in spades. It’s been a long time since I’ve seen production stills less representative of the look of the film as these are. 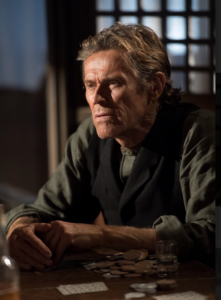 All that said, we get occasional flashes of Hill’s gift for reworking western tropes — a mid-movie bullwhip fight is fun and unusual — and the inevitable shootout in the last act isn’t without entertainment value. Waltz and Dafoe do their best to inject their scenes together with a little magic. 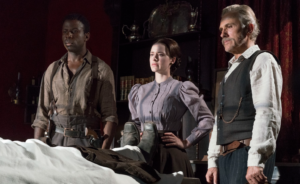 But Dead For A Dollar will likely only interest hardcore western fans, and may even be a stretch for them.