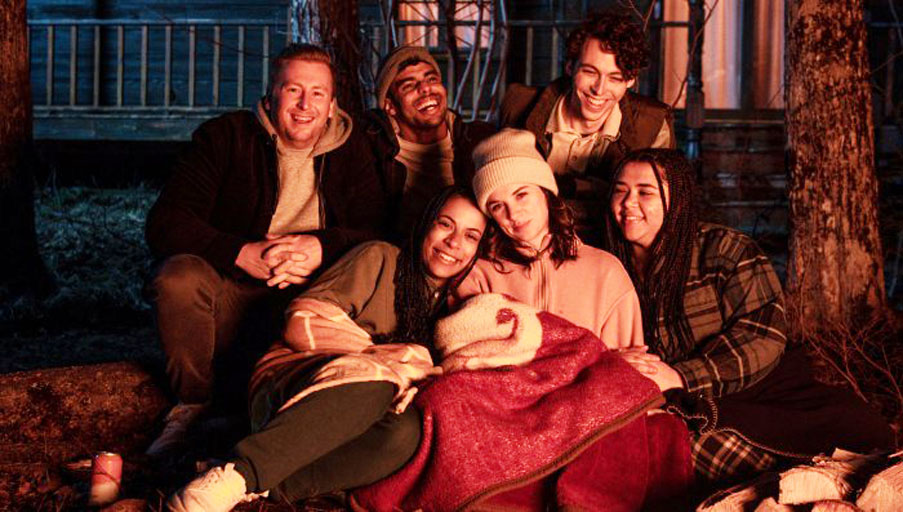 The script for Bystanders has won The Michael Weir Award for Best Atlantic Screenwriting, and it’s well-deserved.

Bystanders has a script I’d call courageous, how it wades into issues other writers might hesitate to consider. It’s the story of a group of lifelong friends — played by Katelyn McCulloch, Marlee Sansom, Deborah Castrilli, Peter Sarty, Cavell Holland, and screenwriter Olson — who gather together in a cottage in the woods to party. Two have been sustaining a secret romance, but when Justin (Olson) arrives, the playful tone of the gathering changes. It’s revealed that Justin has been accused of assault by an ex-girlfriend. How this information runs through the other five is what drives the rest of the movie.

The first question you end up asking yourself is “What would I do in a similar situation, if someone I was close to did this?” followed rapidly by, “Is it fair to judge someone, especially a loved one, by the worst thing they’ve ever done?” Each of the characters reassesses their friendship with Justin and some reconsider their own ethics in the face of this information.

The film feels raw and true, but watching it explore the varied emotional reactions of the characters, I had an unusual sensation. Often I criticize feature films for overstaying their welcome, but from Bystanders I wanted 20 more minutes of running time. I wanted characters to breathe for a few extra beats, for scenes to run long, to let the excellent performances and emotional impact linger.

I didn’t plan to make this review of a movie I liked a lot a tirade against the system, but I’m about to go there.

The quality of work I’ve seen from Taylor Olson here and in films like Bone Cage, and Koumbie in everything they do, suggests this creative power couple should be working with budgets much higher than what a Telefilm project allows. I’m so grateful they’ve both had the opportunity to make a debut feature film, but if we needed evidence of the challenges filmmakers here face, at this festival we’ve also seen the wildly talented Ashley McKenzie’s long awaited second feature, Queens of the Qing Dynasty, which took her six years to complete.

It’s something filmmakers would never say lest they seem ungrateful to Telefilm juries, but it’s an indictment of the very government arts-granting system that filmmakers this talented still struggle, and a micro-budget film — even one as accomplished as this — is frequently hamstrung by its production values in the marketplace. It’s amazing and well-deserved that Bystanders has Canadian distribution, but that’s a rarity. 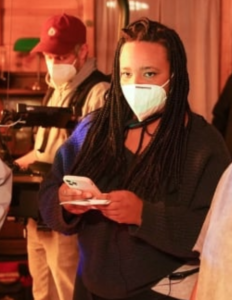 I don’t know what the answer is, but there must be a better way, because Koumbie and Taylor and Ashley — and Tara Thorne and Stephanie Joline and Bretten Hannam and Cory Bowles and Seth Smith — and any number of hot local talents need to be making movies on the regular, and they need more money to do it. They need bigger budgets in order for the films to be globally competitive, not just make a splash at film festivals. They need bigger budgets so crews can keep working on our stories, so they’re not just employed by productions coming up from the United States (though it’s cool when that happens, too).

I’m sure the decision-makers in Canadian arts funding would point to Andrea Dorfman as a success story, with her features, videos, and animation for the NFB and others, and she genuinely is, but how many like her are there? She’s amazing, but there could be, should be more.

There’s no way to grow the local industry unless more filmmakers get that chance to do this regularly, to make a genuine career out of it, and there’s simply no doubting they’ve got the chops.

Thus endeth the rant, and this year’s FIN Atlantic International Film Festival. Congratulations to all the winners of the festival’s awards and many thanks to the organizers and volunteers who every year make it Christmas in September for film nerds. And to all the filmmakers, local and international, thank you for your work.

For the local ones like Koumbie, I look forward to your next feature. I hope it comes soon.