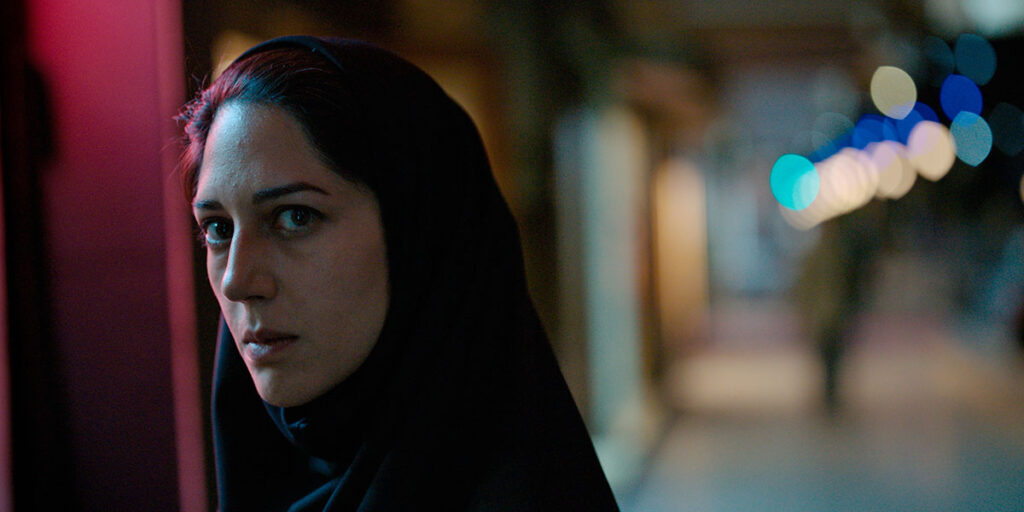 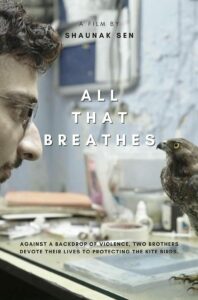 All That Breathes | Directed by Shaunak Sen | 97 min

New Delhi is one of the world’s largest, and most polluted cities. Its denizens — human and animal alike — have to live with its uncontrolled growth and overpopulation and the city’s poisoned air and water. This is an astonishing film, a look at a group of brothers — Salik Rehman, Mohammad Saud, Nadeem Shehzad — who fulfill their mother’s wishes running a Wildlife Rescue organization, specifically helping the Black Kites, raptors who have adapted to the city but who suffer from  a variety of ailments. 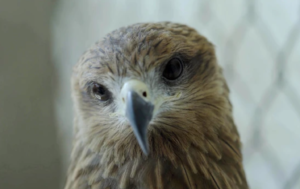 People bring sometimes dozens of the birds to the brothers every day, to their crowded space and makeshift rooftop aerie, all this while religious violence is going on around them and they struggle to make ends meet, running a soap dispenser business in order to pay the bills.

The filmmaker’s gift to audiences is making sure to give us the animals’ vantage point — from a bravura opening tracking shot through a vacant lot overrun with rats, to close-ups of frogs, snails, dogs, cats, and other birds. This feels like a documentary Terence Malick would make, which is about as high a praise as I can muster. 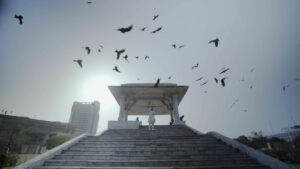 It’s a lot more than an examination of how nature adapts — or doesn’t — to rampant urbanization. It encompasses the realities of climate change, of human’s relationship to the environment we’ve created and destroyed, and a desperate look at a possible future in all large cities where we share the air and water and food with other living things. It’s both meditative and desperate, both strangely beautiful and devastating. 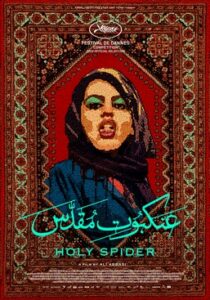 A pitch-black serial killer thriller from the Swedish-Iranian director of Border, this is the kind of movie that left everyone in the audience silent and dazed in its aftermath.

It tells the story of Saaed (Mehdi Bajestani), a deeply religious man, war vet, husband and father in the Iranian holy city of Mashhad who’s frustrated by his god’s message for him, upset that he didn’t become a martyr in the Iran-Iraq war like some others. In the evenings his wife and kids are out is visiting her parents he takes sex workers home and strangles them, dumping their bodies in empty spaces outside the city. With the numbers of women found dead in the double digits, a crusading journalist, Rahimi (Zar Amir-Ebrahimi) arrives in town to report on the case. Though she has a local colleague for support, she doesn’t get much help from the area police or justice system. The fact she’s a woman seems like a serious impediment in this deeply regressive place.

While it isn’t perfect — I had questions about some plot and character points left dangling — there’s no doubt this picture packs a wallop. It’s the flip side to the films we’ve seen recently like Promising Young Woman, Compulsus, and Women Talking. Despite the fact it takes place in Iran (shot in Jordan) in many ways it’s chillingly familiar. If you substitute indigenous women and girls for sex workers, how different is this story from what we’ve heard happening in Canada? How many years has it taken for something to be done to address the fact rando men are abusing and assaulting women who are amongst society’s most vulnerable?

Holy Spider is a fictionalized account of an actual series of murders in 2001 in Mashhad, where the killer felt he had the right to cleanse the city of “corrupt women.” This week 22-year-old Mahsa Amini died while in custody of the Iranian morality police.

These are bleak fucking times we’re living in.