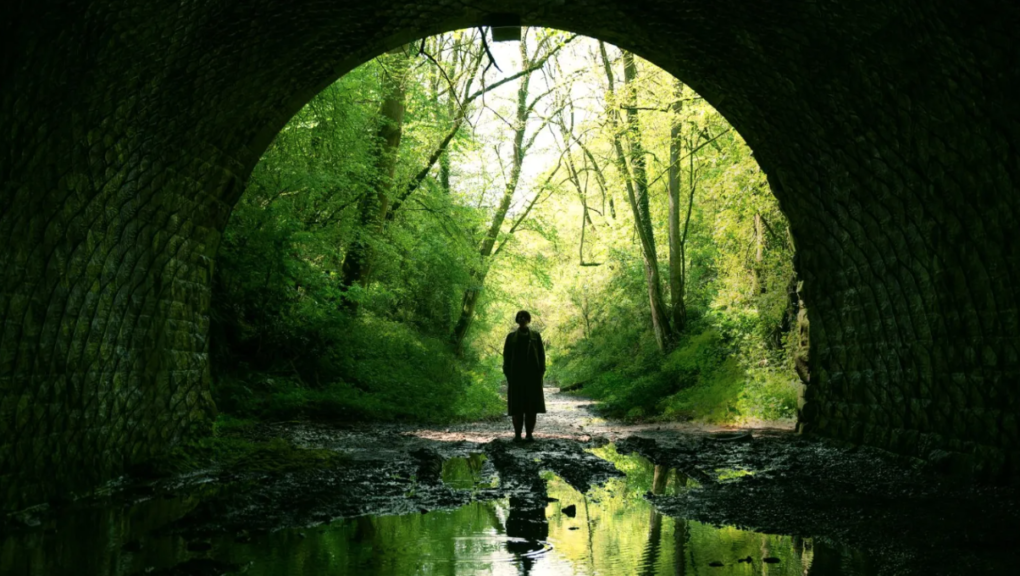 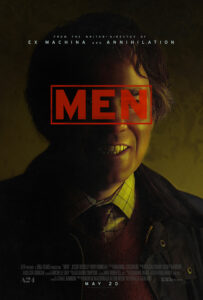 Novelist-turned-screenwriter-turned-director Alex Garland has become a spectacularly singular voice in fantasy and science fiction in recent years. Consider his scripts for 28 Days Later, Sunshine, Never Let Me Go, and Dredd, and his work as a writer-director on Ex Machina,  Annihilation, and the series, Devs.

Here he takes a left turn into horror with a sometimes confounding but still interesting film about misogyny. If it goes off the rails in the last few minutes it still has more fresh ideas than your average creepfest. 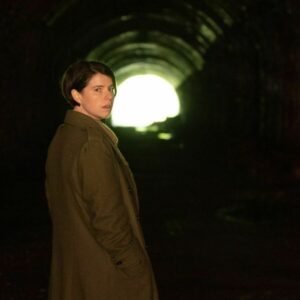 Harper (Jessie Buckley) is recovering from a deeply traumatic event, something awful to do with her abusive husband, James (Paapa Essiedu). She’s come out into the countryside for a couple of weeks, rented an old house with lots of rooms, a fireplace, and a grand piano. All she wants to do is have some quiet time alone to walk in the woods and come to terms with what happened.

The dude renting her the house (Rory Kinnear) is a bit awkward, but otherwise isn’t a bother. What is creepy is the naked man she sees in the woods who might be stalking her (also Kinnear). In town she speaks with a priest, a cop, and an obnoxious boy (all Kinnear), none of whom are terribly kind. 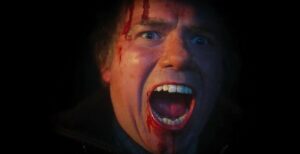 Men is also solidly in the tradition of British rural horror — a genre whose best-known iteration is probably The Wicker Man, though it goes back before that — revealing once again the anxiety city people have about the weird, pagan ways of country folk, which is just as much a class anxiety. It’s certainly not afraid to explore the symbols of both pagan and Christian history, both tied to patriarchal ideology.

Yes, this is centrally and clearly about how awful men are. As a metaphor for the many toxic male micro- and macro-aggressions, it’s pretty damn effective — if heavy handed. Garland is typically deliberate with his directorial choices and not afraid to let his visual language get his message across.

His cast is also solid, especially Buckley, who says and does exactly what you hope she will in exactly the right moment — this isn’t one of those horrors where you’re yelling at the screen because the people on it are too dumb to survive the plot’s challenges. 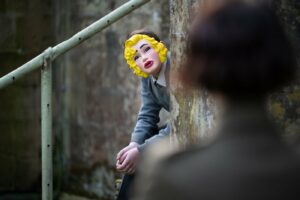 Unfortunately, Men doesn’t quite stick the landing. Instead it slides into an extended, gross, Grand Guiginol-styled finale, which I think is supposed to show how the evil that men do begets more evil, repeatedly progenerated — but I think an argument could be made that the visual language here actually works against the filmmaker’s message. The visceral imagery ends up being weirdly counterintuitive. 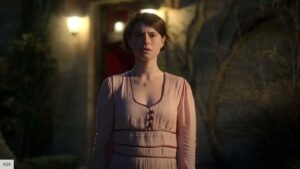 What is undeniable is Garland is a male filmmaker who has put female leads front and centre of the three features he’s directed and tells his stories with a yen for thematic consistency. I recommend you see Men with a trusted cinepanion — you’ll have things to talk about afterward.