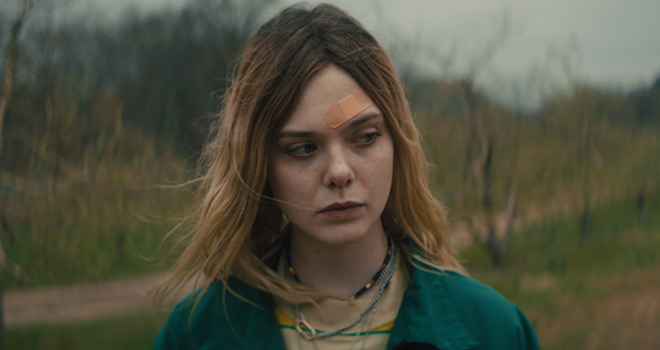 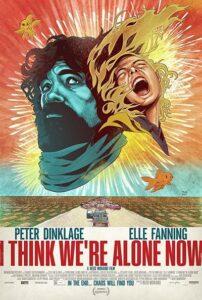 Let’s talk about the director of this feature for a second because she’s had a fascinating journey to feature filmmaking. She comes from years as a cinematographer — you’d think more camera wizards would become filmmakers, but it doesn’t happen that often. She’s been shooting shorts, series, documentaries, and features since 1999, including Beyoncé’s Lemonade video project.

She directed episodes of the first season of The Handmaid’s Tale, and the misunderstood Blake Lively spy thriller, The Rhythm Section. Somehow, this intimate, dystopic drama from 2018 came and went, but it’s available now on Prime, and will be happy viewing for fans of idiosyncratic, post-apocalypse movies that stray from expectations.

The film introduces us to Del (Peter Dinklage) who lives in a town somewhere in New England, I expect, given the weather and foliage. The town is vacant. He spends his day visiting every home and checking for occupants. If he finds them, they’re unfailingly expired, so he buries them. He’s set up home in the local library where he reads and sleeps and locates batteries for laptops so he can watch a movie once in awhile. Aside from any possible issues with loneliness, it doesn’t seem so bad. 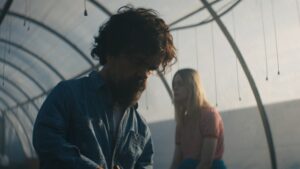 I also appreciate Del’s uncomplicated passion for the first Rush record, particularly the tracks “Finding My Way” and “Working Man,” featuring prominently on the soundtrack.

Into this unusual solitude arrives Grace (Elle Fanning). She’s a bit of a loose cannon, a bit needy, and she wants to stay — whether Del wants her to or not. 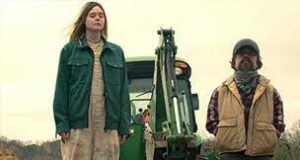 And that’s the crux of the movie, the two-hander. If you look at IMDB you’ll see roles for Charlotte Gainsbourg and Paul Giamatti — I won’t spoil what they end up doing here, but by the time they show up late in the running the picture is a bit capsized. What was working is shuffled away by plot complications that seem a little unnecessary and take us away from the real show, the connection between the two leads. 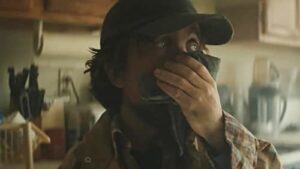 I also have to say, some of what goes on in this movie was covered, thematically, with Will Forte’s The Last Man On Earth series. With maybe a few more laughs and pathos.

However, fans of unusual science fiction, in the loosest sense of the term, will want to give I Think We’re Alone Now a chance. It seems far more interested in the character dynamics than the world-building, which is to its credit. I wondered at the beginning why all those people died and why these two people are alive, but after awhile I stopped caring because I was too invested in Del and Grace’s story. And maybe these answers wouldn’t be entirely clear after something like this happened. 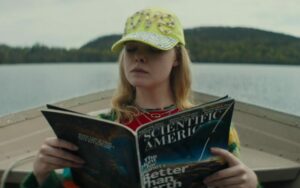 Morano delivers a film gorgeously framed and shot, as you’d expect, where she’s working at her own Director of Photography. Beyond the frequent and welcome appearance of those Rush songs, we’re also treated to a haunting, Zimmer-esque score by Adam Taylor.