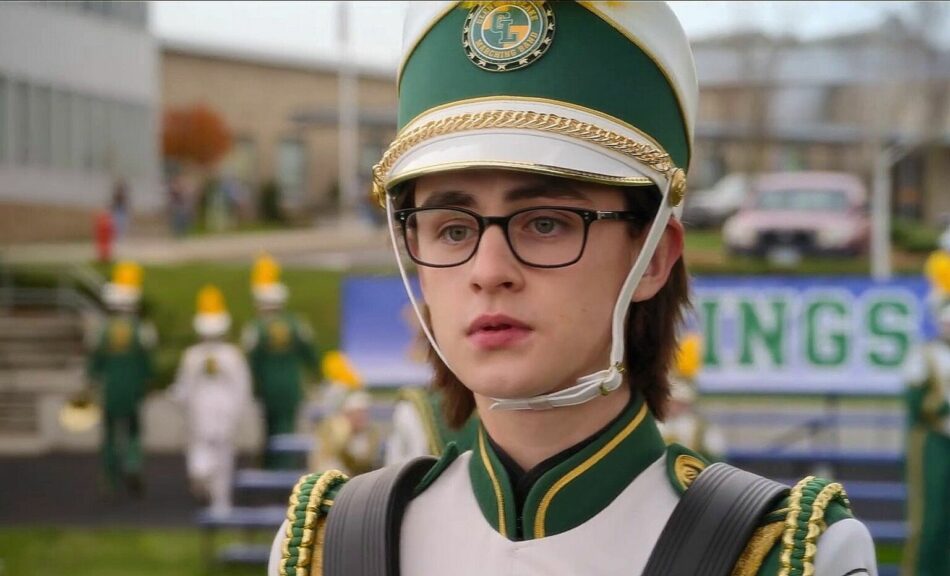 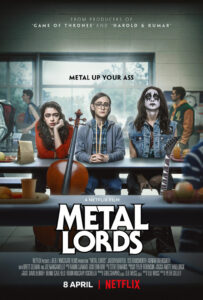 Well, for a movie that’s all about teenagers wanting to be more “metal,” Metal Lords is not very metal. This is a straight-ahead teen dramedy about a couple of kids who want to be hardcore rockers and, thus, be the coolest guys in their school, which is an equation faulty at its core. 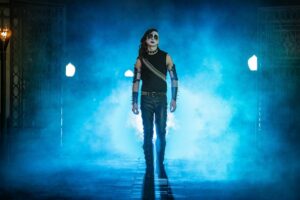 As someone who has seen Metallica, Judas Priest, and Whitesnake (yeah, I know) in concert, I feel like I might have some insight into the possibility of metal at play here.

But maybe it doesn’t matter how metal Metal Lords actually is. Maybe the enthusiasm with which the movie WANTS to be metal, along with the sincerity of its lead performances, is all it needs. 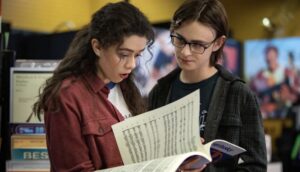 It’s all about drummer Kevin (Jaeden Martell) and guitarist/vocalist Hunter (Adrian Greensmith), best friends in their Pacific Northwest small town who dream of success with their post-death metal act, Skullfucker. The problem is neither of them plays terribly well, but with the Battle of the Bands coming up they have time to get better. 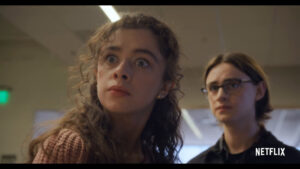 Life in high school sucks, though, right? Especially if you’re a misfit who thinks bringing metal to the high school masses will make everything better.

Hunter tends to piss off everyone around him, especially the school jocks, by being a massive dick. And Kevin has taken a shine to Emily (Isis Hainsworth), the Scot cellist who freaks out at people when she goes off her meds. But Kevin may have recognized Emily’s inherent metal heart — he thinks she’d make a great third member of Skullfucker. Hunter, unfortunately, is a contrarian in this matter. 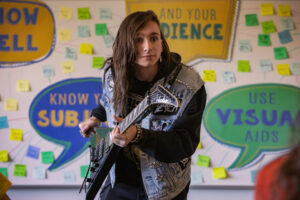 These three performances are all entirely adorable, which lifts the script and direction across the spans where it’s a little too ordinary and conventional. I mean, if you take away the metal I think you’d find too much of this we’ve seen before too many times. In moments this feels like it could be reaching for the pathos of Me and Earl and The Dying Girl, but it never quite gets there.

The young actors, however, are terrific together and you get invested. Will they win the Battle of the Bands? Will they continue to suck?

They’re ably supported by the adults in the room, including Brett Gelman as Hunter’s plastic surgeon father, Sufe Bradshaw as the school dean, and Joe Manganiello as Troy Dix, who with metal in his past might be able help the next generation get where they’re going.

I won’t spoil it, but if you stick around long enough you might get a delightful cameo from metal godfathers akin to what Bruce Springsteen brought to High Fidelity. 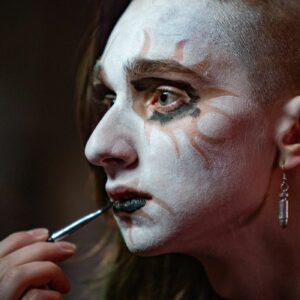 Screenwriter Weiss is probably best known for having been a show runner on Game of Thrones, which ironically is a show exponentially more metal than this movie.  But if you’ve ever made the devil horns or enjoyed the specific pleasure of shredding guitar solos, I think there’s something here for you.

Maybe even if you haven’t.