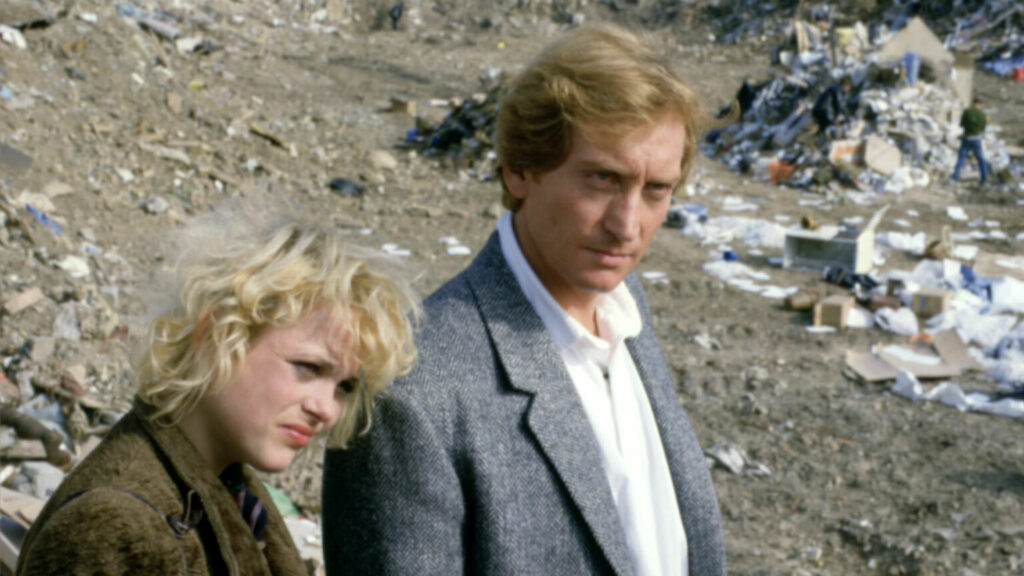 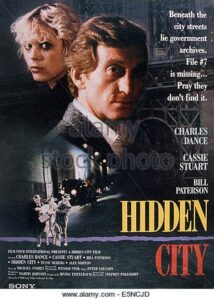 Temporary access to Britbox — the streaming service boasting a whole lot of older UK content — led me to this genuine curiosity. It’s an existential mystery of sorts, fairly low-budget but making the best of the many grimy mid-’80s London locations with equally grimy cinematography. 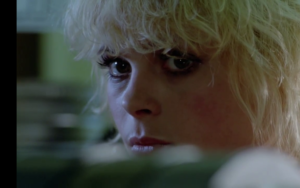 It’s about a statistician, James Richards (frequent villain Charles Dance in a rare lead role), studying the way children learn — he theorizes TV has made them incapable to retaining anything on the printed page. 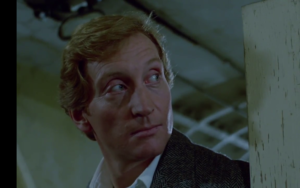 He’s approached by a young woman, Sharon Newton (Cassie Stuart), looking for a film lost somewhere in the bowels of the city’s archival spaces. We’re not talking about dusty back rooms in the British Library, this is more a plumbing of abandoned Tube stations and Second World War bunkers where boxes of stuff nobody wants but nobody has the authority to throw out are being kept out of the way and hopefully forgotten. 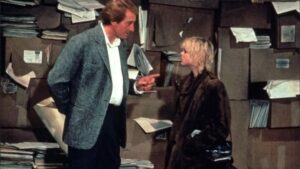 Sharon’s conspiracy-minded, possibly insane, but something about her passion interests James, and off they go wandering through dark, damp, and echoing spaces to find this lost film. You’d be forgiven for thinking Hidden City, as little seen as it has been, is a metaphor for its own plot — or vice versa. 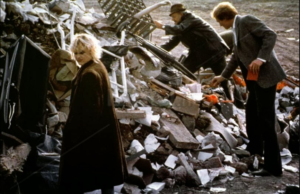 It’s the first feature by renowned playwright and TV creator Poliakoff, whose career as a filmmaker dwindled in the 1990s while his reputation for quality theatre and television series blossomed. 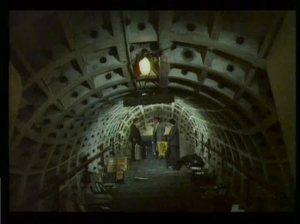 What works here is its bleak, bureaucratic paranoia and an almost supernatural ambiance, aided  no end by a Vangelis-inspired Michael Storey score, helping the film reach for the intensity of 1984 or Brazil as well as the cool of French films from the era like Subway or Diva. Poliakoff’s grip on the screenplay is firmer than his work as a director but he is able to create a genuine, clammy mood around our mediated reality — 35 years ago best exemplified by our addiction to the cathode ray tube. 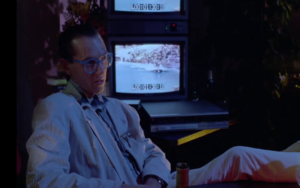 Hidden City may also be of interest to fans of Richard E Grant, briefly and uncomfortably appearing here in his next credited feature following the legendary Withnail & I, along with supporting work from the always charming Bill Paterson and Michelle Fairley of Game of Thrones fame. 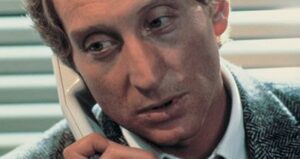 One of the best things about this little seen feature is it offers a largely nocturnal tour of recognizable London locales — the Holborn Viaduct, Little Venice and the Postman’s Park all appear prominently — while slowly carving out a shadowy little mystery.