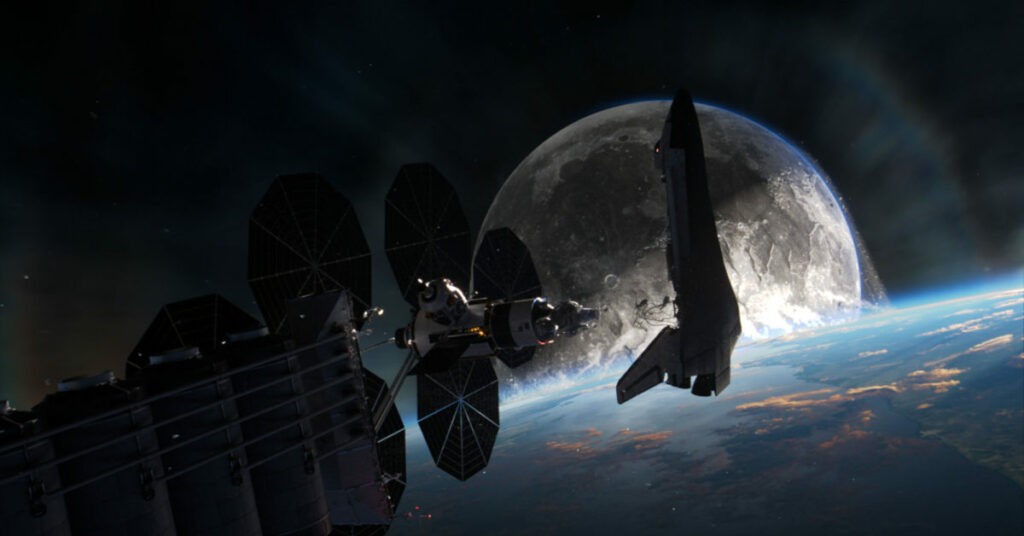 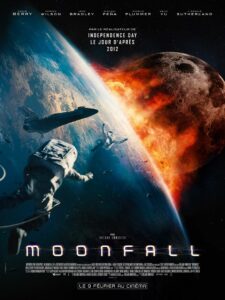 Love him or hate him, German-born filmmaker Roland Emmerich is the undisputed king of the Disaster Movie, the genre loved by the public and largely spat upon by critics. Independence Day is the one most would point to as his greatest achievement, but not me — I’ve always thought it was mediocre. At least it had impressive Blowing Up The White House effects with which the studio could fill up a trailer. Emmerich is also responsible for Godzilla (1998),  The Day After Tomorrow and 2012. 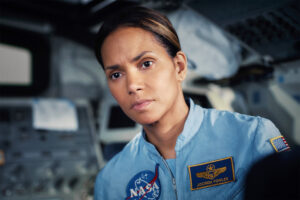 This new picture lands with a rep that precedes it — a weak Rotten Tomatoes score and the awkward fact this big-budget science fiction movie didn’t even open in theatres in Canada. Now we get a chance to see it at home on Amazon, which might be a blessing. You can stop it to howl with laughter and not interrupt the outrageous and terrible dialogue.

Here’s the thing: While it is bad in about a dozen ways — including the previously mentioned script we get a bunch of god-awful green screen and fake-looking exteriors, ridiculous psuedo-science and tiresome daddy issues — it’s also a largely self-aware kind of bad. It plays big and soapy, but Moonfall is also occasionally and intentionally hilarious (when it’s not being unintentionally hilarious). 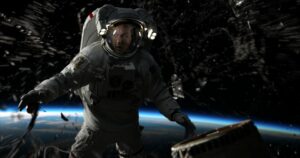 The crux of the plot is that the moon is falling — true to the title — because it’s a megastructure, invented and controlled by some extraterrestrial intelligence. Yup. 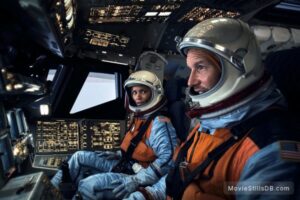 Disgraced astronaut Harper (Patrick Wilson) gets caught up in the chaos following the announcement of the moonfall, which was predicted by noted conspiracy theorist KC (John Bradley, recently Sam of Game of Thrones). Together with current NASA astronaut Fowler (Halle Berry) they pull a couple Space Shuttles out of mothballs in order to head up there and figure out how to stop the moon! 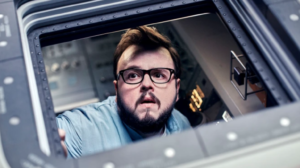 Yeah, it’s so dumb, but I have to think if you enjoyed, say, Godzilla vs Kong, there’s nothing dumber here than you got there. Fewer giant radioactive lizards and more dodgy CGI, but otherwise similarly, wildly implausible fantasy.

And this one includes a line of dialogue that might be the most unlikely thing ever spoken with a straight face in a movie, “Sonny, the moon is going to help us!” 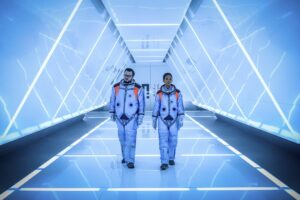 We also get supporting parts from Michael Peña, Charlie Plummer, and even Donald Sutherland, who shows up for a scene to rattle off some nonsense and then vanish.

So, sure, it’s bad — about as bad as Independence Day, but a lot less jingoistic. The worst thing I’ll say about Moonfall is it’s way too long — after about an hour and 45, I really started to wonder if we all are actually doomed. But Moonfall will end, just not before it sets up a sequel — Moonfall 2: Lunatic Boogaloo.