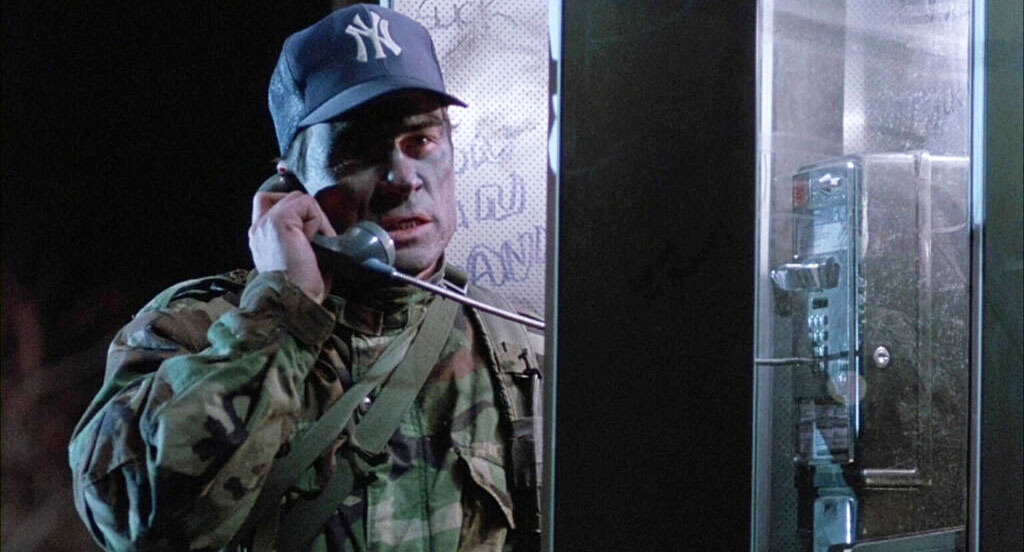 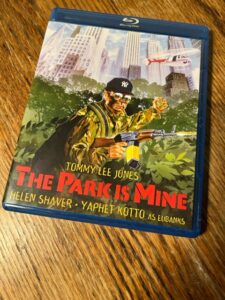 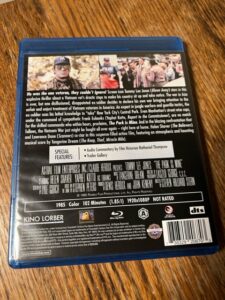 This isn’t a lost classic so much as it is an entertaining thriller originally made for TV that may deserve more than being a footnote in the career of star Tommy Lee Jones.  An oddity in the First Blood camp of Vietnam Vet Movies, it shines in its own way.

Jones is the vet, Mitch, living in New York. He can’t hold down a job and his marriage is over — he owes money to his ex and he hasn’t seen his son in awhile. And that’s when an old army buddy of his, Mike (Canadian actor Eric Peterson) commits suicide, leaving Mitch these detailed plans of how he’s going to take control of Central Park. He has all this ordinance, weaponry and mines, and he’s filled Central Park with bombs. But cancer was eating him up before he could enact his plan. 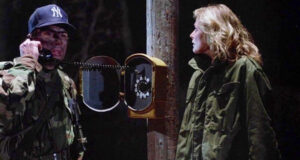 So, Mitch, confounded by the failures in life, which he blames on a cruel world, pulls on the camo, the mirrored sunglasses, and the AK-47s and takes over the park. He sets off some explosions and fires some blanks to show he’s serious. He calls the cops and says he’s going to hold it for 72 hours, until Veteran’s Day, to prove a point.

It’s a little vague, that point, but it has to do with being ignored and disrespected and wanting to be acknowledged. As a request for civility and care it’s awfully violent, but in an American context it makes sense that Mitch would see a terrorist action as a way to reach people and feel actualized. 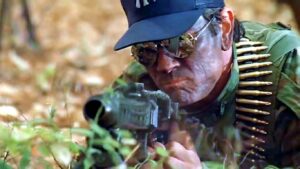 The nuts and bolts of the plan remain off-screen. How one individual could control the 843 acres of that enormous city park seems wildly implausible, but the film doesn’t give us much sense of how he does it, or if he’s just got some of the vast park under his command, or even where the bombs are buried. 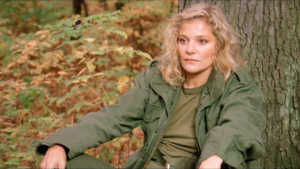 A keen videographer, Valery (Helen Shaver, another Canadian, and yes this was partly shot in Toronto), gets into the park looking for news footage and becomes Mitch’s somewhat willing documentarian, while on the outside Police Captain Eubanks (Yaphet Kotto) impotently struggles with the bureaucracy of politicos like the Commissioner (Lawrence Dane) and the Deputy Mayor (Peter Dvorsky) who keep making bad decisions for the wrong reasons. 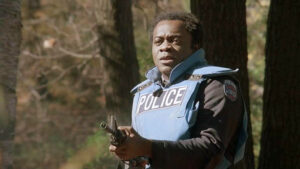 Beneath all of this is the constant burble of a Tangerine Dream score, the undeniable sound of 1980s thrillers giving us the thrum of suspense but also, frequently, a strangely hopeful tone that seems to run contrary to the likelihood that the cops and politicians are gonna storm the park any minute and kill Mitch for making them all look like chumps. 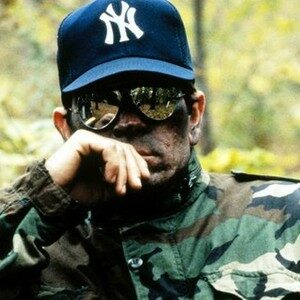 You can’t help but wonder what a more compelling action director or humanistic filmmaker might have brought to this material — to really explore Mitch’s pain and the disrespect he’s talking about — or even a screenwriter committed enough not to take his name off the project — Gorch is a pseudonym — but Jones brings his patented gruff charm. Aside from a bit of slack in the middle the picture it plays out avoiding the most predictable twists and landing on a surprisingly peaceable conclusion. 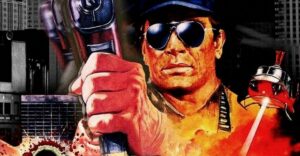