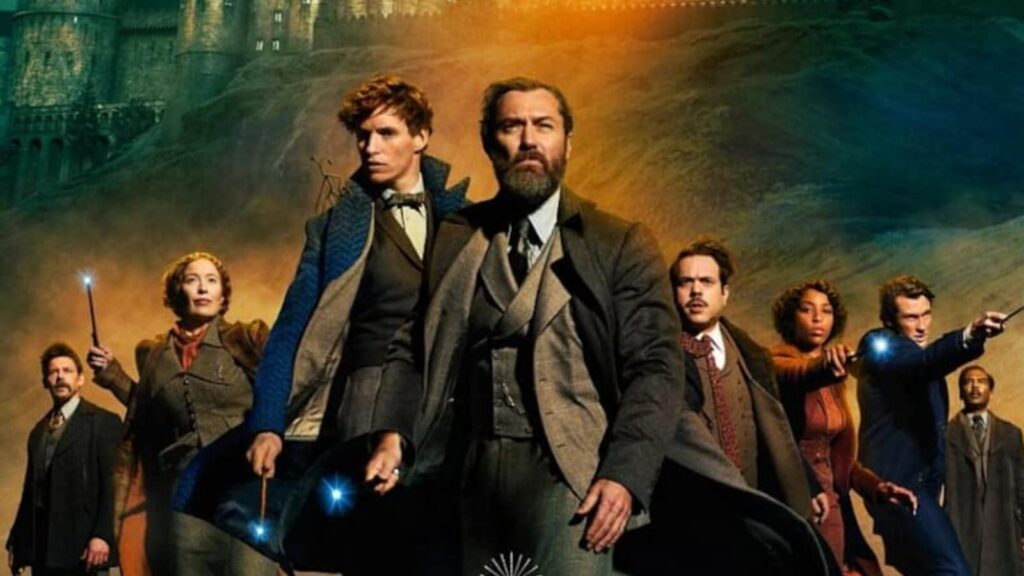 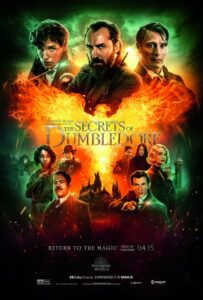 OK, so maybe calling these movies “cursed” is an over-dramatization — but let me make my case:

This is a Harry Potter-related franchise where they’d secured a wildly talented star as its bad guy — Colin Farrell — but traded him for Johnny Depp. If you’ve been paying attention to the news you’ve seen how Depp is faring lately, so the producers traded again: Mads Mikkelsen is a fine new choice for antagonist. He’s Gellert Grindelwald, the evil wizard whose first love was Professor Dumbledore of Hogwarts (Jude Law). 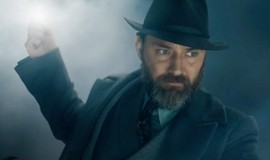 But now supporting cast member Ezra Miller, who plays the wildly emo Credence Barebone, dogsbody to Grindelwald and illegitimate nephew to Dumbledore, he’s been arrested twice recently for assault. Then there’s Harry Potter author and Fantastic Beasts screenwriter JK Rowling’s controversial stance on gender issues bringing the wrath of a portion of her former fanbase on anything she does.

That’s a lot of bad press. 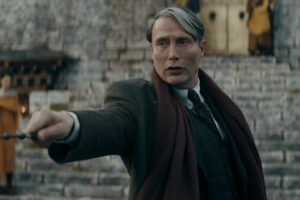 And I haven’t even mentioned that this massive, multi-million dollar brand expansion seems to worsen with every entry, now barely resembling the wildly successful series it was born out of.

There was a lot of good about in first one, Fantastic Beasts And Where To Find Them — a largely self-contained period adventure set in the Wizarding World featuring a collection of vivid new characters. But the promise of that film was wasted in Fantastic Beasts: The Crimes of Grindlewald, which got bogged down with too many uninteresting characters and not giving enough screen time to the ones who engaged us the first time around.

The third entry doesn’t do much to course correct. We get a promising meeting early on between Dumbledore and Grindelwald, though the exchange is of a predictable sort: Reminding us of their connection and early commitment to radical change, Dumbledore’s political shift and Grindlewald’s dangerous intent. In other words, very Charles and Erik, but it’s good to see these actors face off in a quiet scene not slathered with CGI.

Then we get a terribly dark — and I mean that literally, this film looks like it was shot through a burlap sack — scene of ostensible lead, Newt Scamander (Eddie Redmayne, notably less twitchy this time out), trying to save the offspring of a llama-like Qilin, one of those fantastic beasts.

It has the ability to look into your soul with its beautiful, almond-shaped eyes, and, as we discover much later, is important in helping determine who will be chosen as the political leader of this magical world — so much for democracy. 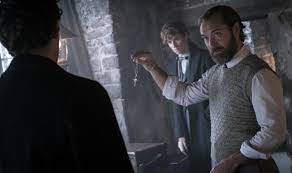 But that’s the subtext of a film set in the 1930s, the rise of fascism and how Grindlewald and his inclination to make war against the non-magical world coincides with his escape from criminal charges and rise as a populist leader. There’s meat here for real drama bound together with historical event, but it’s largely paid lip service as background for the occasional magical battle and our team of wizards and semi-wizards zipping from one locale to another on a mission from Dumbledore.

The team includes Newt’s muggle friend, Jacob Kowalski (Dan Fogler), a welcome return, as is his true love, Queenie Goldstein (Alison Sudol), though she’s in the thrall to Grindlewald. Or is she? Despite having made a big show of going over to the dark side, maybe she’s having doubts.

Notable by her absence is Tina Goldstein (Katherine Waterston), who cameos. The key relationship of the first film is thus not revisited in any serious way. Just one of this project’s many ongoing problems. 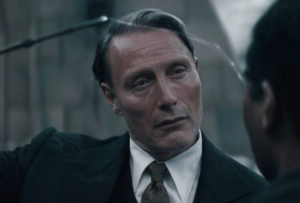 A welcome addition is the wonderful Lally Hicks (Jessica Williams), though she doesn’t get much to do. Others in the cast include Richard Coyle, William Nadylam, Callum Turner, and  Victoria Yeates, and you get the sense each one of them would’ve brought something special had they actually been given the chance. While Law and Mikkelsen are watchable, everything feels detached from genuine emotion — we never really care about characters in this confusing fantasy picture. 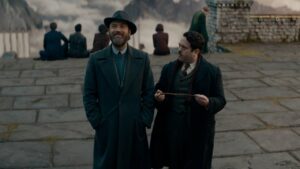 The combination of creaky plotting, dreadful cinematography — that burlap sack look extends to the final act when it finally lightens up — and distinct lack of humour that warmed the first film make this an alternately dull and confounding experience. A frightening and funny scene in a dungeon with dancing scorpions (or are they crabs?) livens things up for a few minutes, but it only serves to remind us what’s missing from the rest of this picture. In a word: Fun.