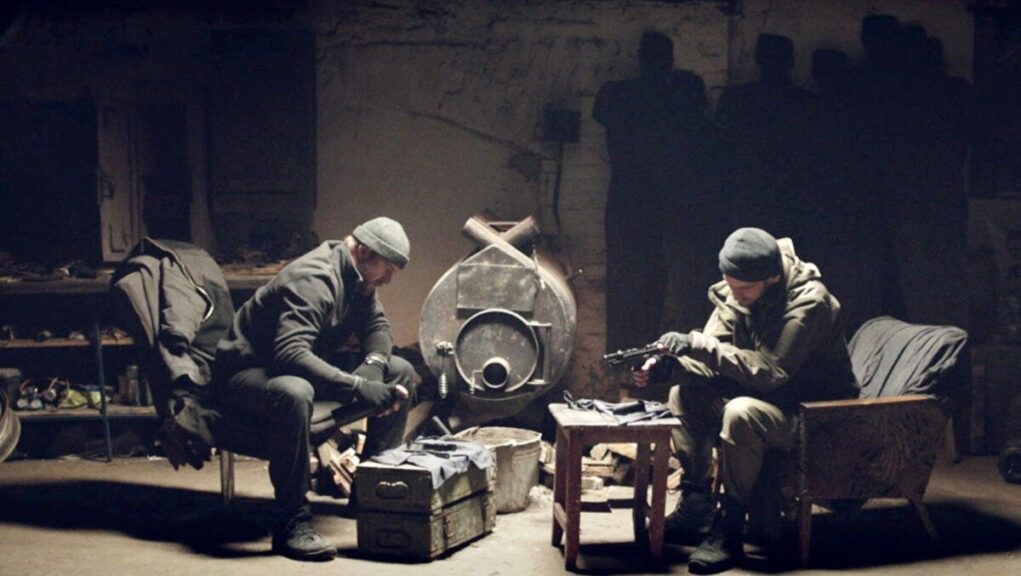 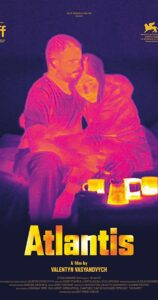 I’d wager it’s impossible for a Ukrainian post-apocalyptic science-fiction drama available to be seen now  to not be freighted with significance. This picture was a prize-winner at the Venice Film Festival in 2019, but it’s taken awhile to make it to North America. 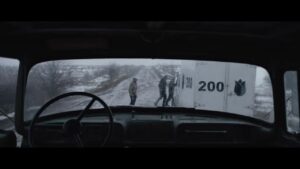 It imagines a time not long from now after a war with Russia that’s made the landscape uninhabitable. Fundamental industries are still in operation, but workers are being laid off. Some of them are former soldiers at odds with the people around them while managing PTSD and other emotional trauma. 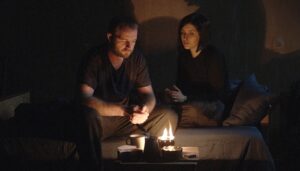 One in particular, Serhiy (Andriy Rymaruk), is alone and angry, prone to injuring himself. But he finds purpose driving a truck out into a post-war zone, working with people are digging up bodies in an effort to identify them. There he crosses paths with Katya (Liudmyla Bileka), involved in that kind of work. 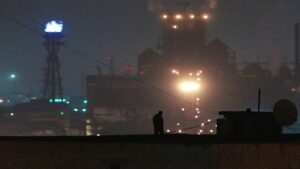 Vasyanovych is fond of wide-angle, locked-down imagery. His cinematic perspective lingers somewhere between Fritz Lang, Andrei Tarkovsky, and Edward Burtynsky. I have a feeling local genre visionary Seth A Smith would really appreciate this picture. In its gorgeous distance it has room for an unexpectedly dry, mordant humour. 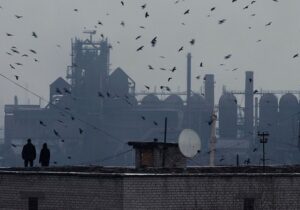 That said, it might take you awhile to plug into what he’s doing — it did me. Through the first reel the almost constant medium shots are a little alienating — I struggled to tell one character from another because their faces are regularly in shadow. It then occurred to me maybe that’s because Vasyanovych wants his audience to consider what war has done to a community of people rather than an individual, before examining one person’s journey from despair to some fragment of hope and connection with another person. 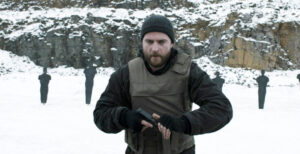