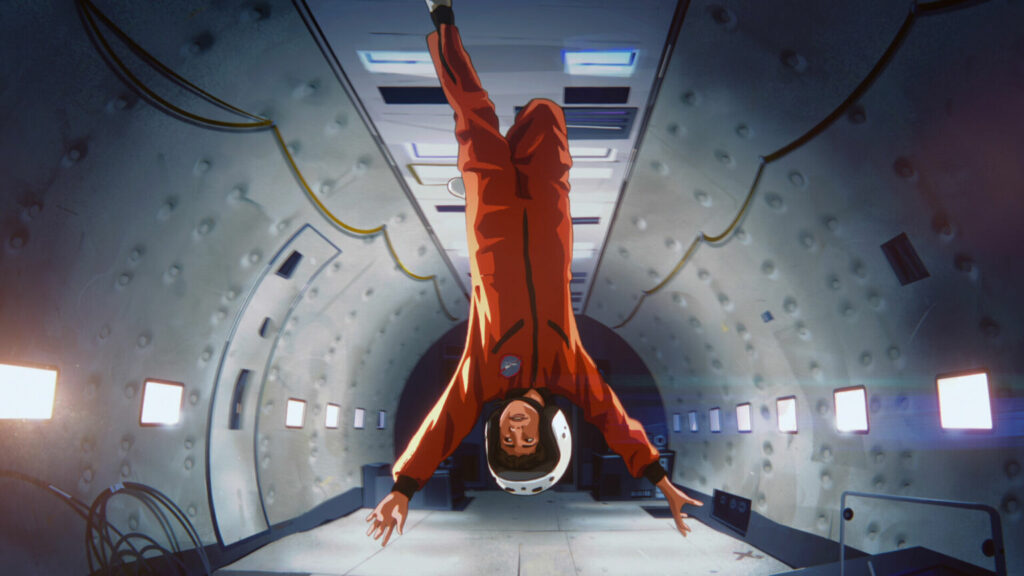 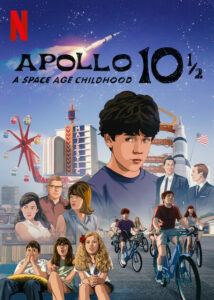 “Science class was so exciting because it was all current events!” American humanist filmmaker Richard Linklater takes us on an animated tour of his childhood in the suburbs of Houston, Texas in this delightful, warm film. It’s the late 1960s, a time when everyone’s family was somehow employed by, directly or indirectly, by the Space Program at NASA, which filters down into the lives and imaginations of their youngest members. 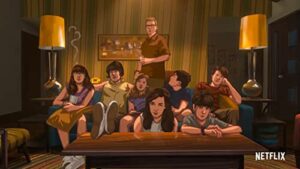 Apollo 10½ doesn’t offer much in the way of plot. It’s really just a long reminiscence of the joyful and painful moments of that particular time and place, from the movies Linklater’s eight-year-old avatar, Stan (Milo Coy) watches — animated versions of The Sound of Music and 2001: A Space Odyssey — to the candy he ate to his pretty benign misbehaviour with friends to adventures with his five siblings. 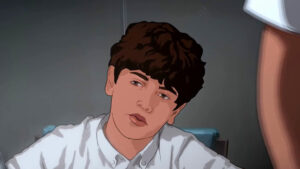 We get the records his sisters listened to, the shows they watched, their visits to the local bowling alley and arcade, the time spent on the baseball diamond and at the local amusement park, all told in a mix of rotoscoped and traditional animation and narrated by the older Stan (Jack Black) in a familiar The Wonder Years style. It’s a pure, unadulterated nostalgia trip, but an entirely personal one. If anything, it’s an animated American version of what Ken Branagh did in Belfast. 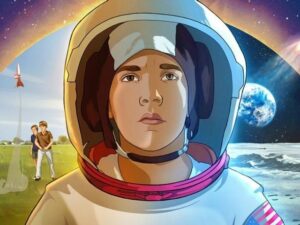 The way the film is being marketed — this fantasy of a boy who gets a chance to go to the moon when NASA builds a module slightly too small for the regular astronauts — that part’s all smoke and mirrors. It’s a dream Stan has while he and his family experience the Apollo 11 mission through their television. It’s touched upon time and again, but that’s not what this is about. 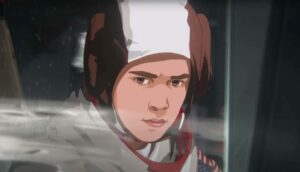 So, while I guess I could understand someone feeling ripped off for what the film doesn’t offer, what it does is so broadly appealing it feels churlish to me to criticize any lack of overarching structure. What we get from Linklater and his collaborators is such a welcoming vision, it actually offers more depth and enjoyment than that goofy cover story ever could.