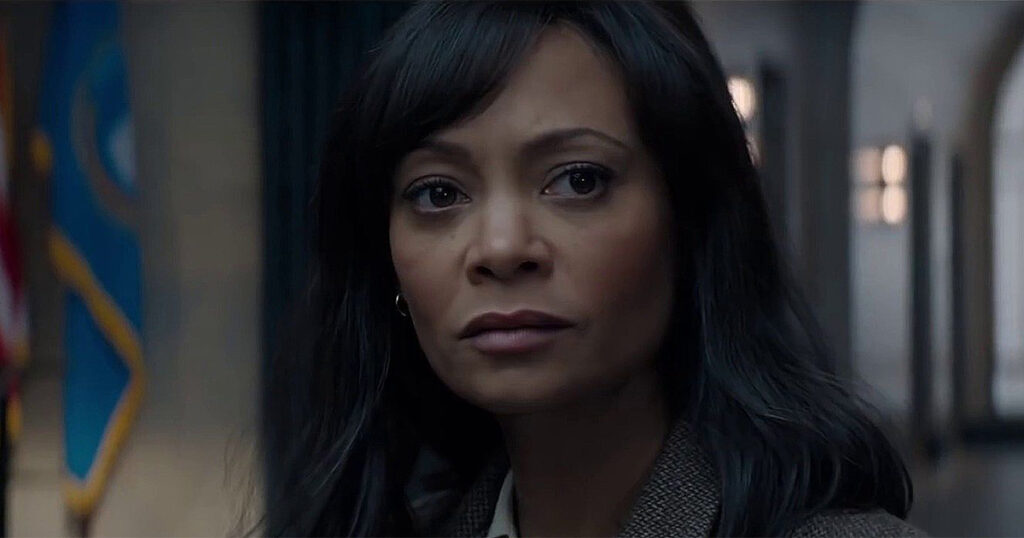 Directed by Janus Metz | Written by Olen Steinhauer, based on his novel | 101 min | ▲▲▲△△| Amazon Prime 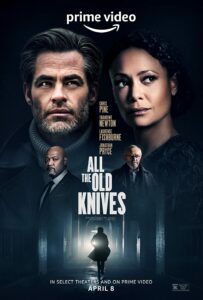 Here’s a thriller freighted with regret. Two former lovers, Henry (Chris Pine) and Celia (Thandiwe Newton), meet in Carmel, California, at a seaside resto. Eight years earlier, in 2012, they were part of a CIA unit working in Vienna. On their watch an airliner hijacking went bad killing dozens of people. 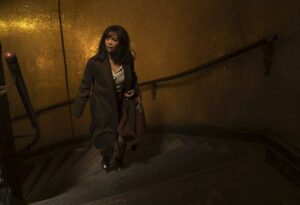 In the present Henry’s been told by his boss, Vick (Laurence Fishburne, very still) there was a mole in their station during the hijacking and tasks Henry to figure out who. Might it have been veteran spymaster Bill (Jonathan Pryce)? Might it have been one of the other members of the team? Might it have been Celia? Henry needs to know. The meet with Celia is more of an interview with her life on the line. 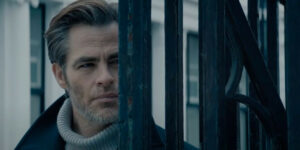 With the exception of some dodgy green screen through the restaurant windows, this is a slick, well-shot spy thriller with a couple of solid twists and reversals. It’s entirely old school in some regards — the picture practically shivers with cold war vibes, with the kind of advanced telecommunications we see in many 21st century espionage pictures playing a very small part in the spycraft.

Some of the dialogue is a little obvious, though that’s partly due to the fact the film relies overmuch on voiceover with so much of it told in flashback. But, the material is raised by the professionalism of the cast — credit to Pine and Newton for generating a fair amount of heat — and a solemn, compelling narrative.

If at day’s end All The Dark Knives feels as much a tragic love story as a suspense movie, that’s also a credit to the actors who manage to invest it with genuine feeling.