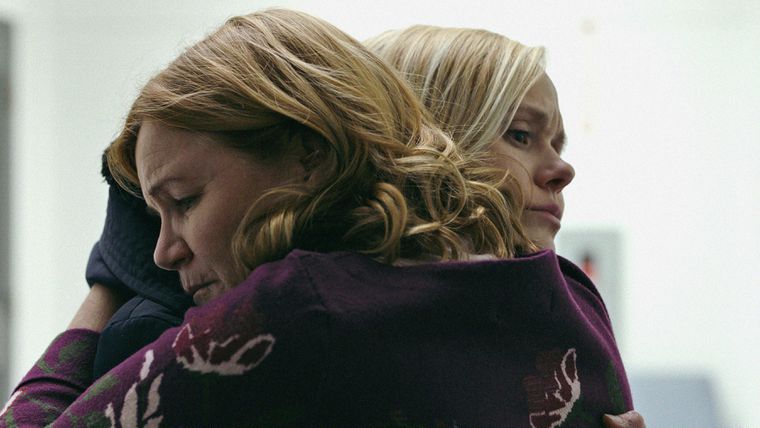 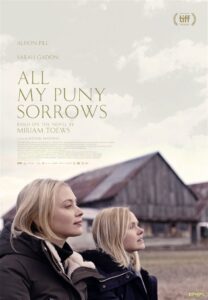 “Your mother and I buried 14 brothers and sisters,” says Mimi Kuzyk’s Aunt Tina.

Cue a wretched groan from this viewer. 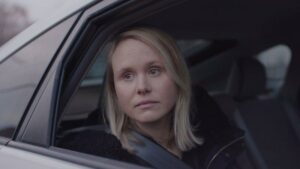 I can acknowledge the courage and effort it takes to bring to the screen a respected piece of Canlit from a garlanded writer, one that tackles the uncomfortable subject of suicide.

I can especially admire the collection of talented actors brought together to imagine it off the page —  Mare Winningham and Alison Pill are exceptional, and maybe the best/only reason to watch this. They help deliver moments of genuine pathos and real humour, which make it just about bearable.

I can even appreciate the thematic exploration here that trauma is inherited, like some kind of rogue strand of DNA that makes you feel inexorably unfixable. Something about the arbitrary cruelty of it all. And if you want to explore arbitrary cruelty, there’s surely no better place than North Bay, where this was shot in that soft, Ontario winter light. 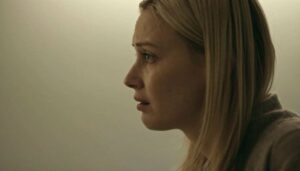 It’s Sarah Gadon’s character, Elf (yeah, short for Elfrieda), a talented pianist who resents having barely survived her most recent attempt to end it all.

Unable to convey the core of her misery, she’s largely and frustratingly opaque — it’s partly due to the performance and partly the writing. Her Mennonite father (Donal Logue, briefly), was more successful in his efforts to kill himself by standing in front of a train — but the role of the religion, the pressures in the household, it’s all a little vague.

That leaves Mom (Winningham) and Elf’s sister, soon-to-be-divorced writer and mother, Yoli (Pill), trying to come to terms with this relentless horror of someone they love desperate to die. 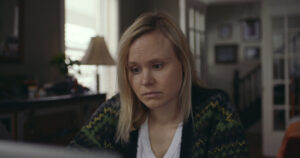 This while the script throws up a jumble of mannered, highbrow references — Aleksandr Solzhenitsyn, Thomas Aquinas and Philip Larkin all name-checked like this is a philosophy lecture — while the characters stare blankly at their own despair.

The film seems to be saying life is hard and there’s nothing we can do but move on. Uh-huh. If the point of storytelling is to represent and understand the human condition, there’s some representation here, but understanding? Precious little.

I don’t know that there’s a way to do this material justice in all its literary nuance by bringing it to the screen in an hour and 43 minutes. Consider how much of this kind of human drama these days instead finds its way to television — there’s a reason for that with the possibilities of six or 10 hours of serial storytelling.  In a low-budget drama it risks feeling trite and/or exploitative. 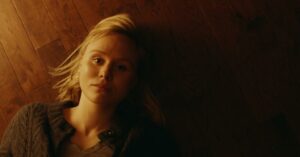