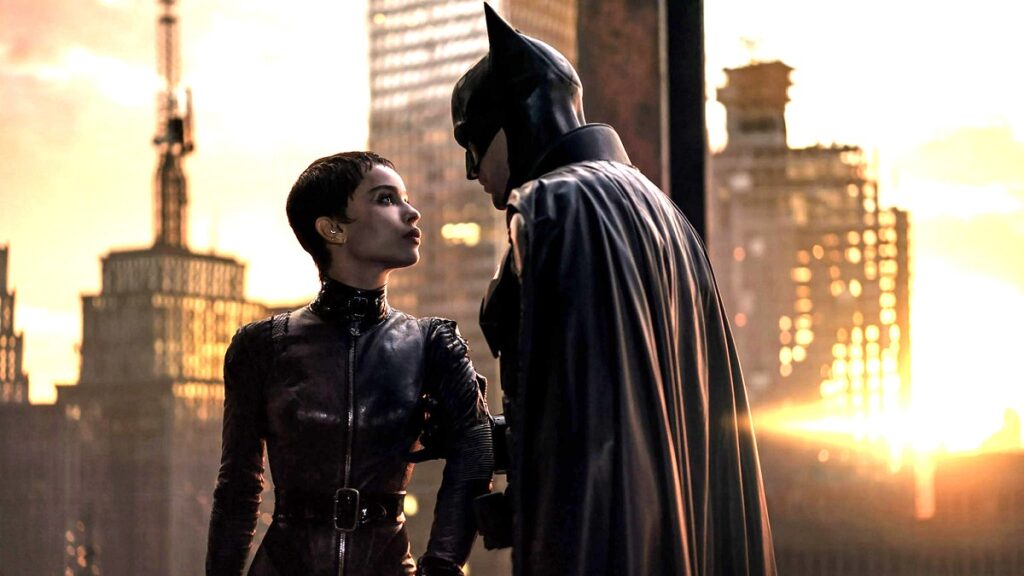 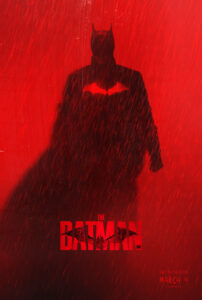 On the way out of the cinema, I heard a fellow punter say, “Batman was so emo!” In response, her friend said, “Batman’s been emo since 1939!”

I’m in the sweet spot for this material having read Batman comics since I was a child, having watched every movie about the pointy-eared vigilante from the Tim Burton, Michael Keaton Batman, 33 years ago. But even I’ve been wondering whether Hollywood’s been going to the well too often lately. I’ve found most of the DC cinematic universe OK to mediocre, with the worst of the bunch — the deeply nihilistic Joker — almost enough for me to swear off these movies altogether. 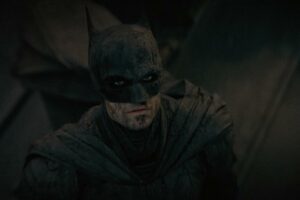 This return of Batman needed to bring something fresh, something we hadn’t seen before. I’m happy to report that’s exactly what’s been done.

The Batman brings elements from Denny O’Neil’s 1970s comic book version of the character with an accent on his abilities as a detective. The production design is inspired more by Burton’s gothic collaborator Anton Furst than any Batman movie we’ve seen since, and a healthy dollop of David Fincher’s Seven. Like that picture, this movie is a serial killer thriller where the antagonist leads a pair of detectives around by their noses.

And Batman is plenty emo, a vibe where one of Nirvana’s bleakest numbers feels right at home. 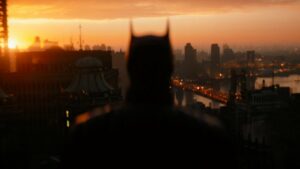 The main thing keeping The Batman from earning my highest rating is it’s just a little too long. At almost three hours it overstays its welcome by about 20 minutes, but in its justifiable running time it brings plenty of moody, compelling, and frequently exciting crime noir.

It’s easily the weirdest, bleakest movie of its kind since Batman Returns that’s also expected to sell families on Nissans, Oreos, and pizza.

This Batman is about two years into his mission, keeping a scribbled journal, moping around in a cave and musing about being an instrument of vengeance. It’s funny how Rorschach from The Watchmen was supposed to be Batman without the excuses, and now this Batman sounds a lot like him. But that’s just where the journey begins. From an early scene onward, characters consistently and refreshingly make fun of his image as a vampiric vindicator. 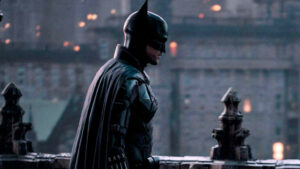 Robert Pattinson plays him as angry and even brittle, but without the crutch of that put-on growly voice, and without any particular feeling of invulnerability. This guy may be brilliant, he may be driven, but he makes painful-looking mistakes. And while we see him use a few cool gadgets — the wingsuit is something special — this is a long way from Christopher Nolan’s almost militaristic fetishization of the Caped Crusader.

(Don’t get me wrong, I dug the Nolan movies a lot, more than recent Batfleck appearances, but what we’re seeing here is a whole other thing entirely, a grittier, muddier affair.) 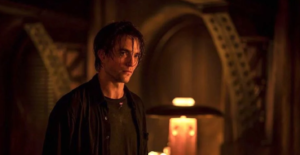 By the time we meet him, Batman’s already made a connection with Gotham PD Inspector Gordon (Jeffrey Wright), who trusts this masked guy more than his own colleagues. We see it from the start as Gordon brings him in to consult on the murder of a prominent municipal official, despite the objections of some of those other cops.

I briefly wondered what it was that forged this trust, but The Batman doesn’t go there, nor does it need to. This isn’t an origin story — that’s been told more than a few times. We can take some of this on faith by now, can’t we?

Bruce Wayne’s obsession with his mission worries Alfred (Andy Serkis), but then Wayne really isn’t in this much. As one character rightly recognizes, it’s in the mask that Wayne shows his true face. Without it he’s a hollow suit, another rich guy. 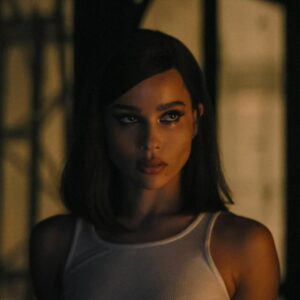 I won’t say too much more about what other characters appear because the casting here is superb and it’s a joy to witness them all emerge, doing such fine work bringing to life both the classic rogues gallery and important supporting players. The performers include Zoë Kravitz, John Turturro, Paul Dano, Peter Sarsgaard, Jayme Lawson, Barry Keoghan, and an unrecognizable Colin Farrell, channelling Robert De Niro at full bluster.

What maybe works best about the picture is how self-contained it is. The small efforts to bow to the franchise necessities are a shame. The one thing Joker has over this movie is it was entirely its own beast, not needing to plant seeds beyond its running time. It would be great if this picture had the same courage of its convictions, because when The Batman is in full flight — the second act is pretty much unimpeachable — it’s a dark wonder unlike any of its peers.

This is gritty, frightening stuff, a murder mystery on the edge of gothic horror. The Gotham City that appears here is from nightmares, shot through yellowed, greasy, cracked glass, a place where dreams (and zoning regulations) go to die.

One of the film’s peaks is a nighttime car chase on a freeway in a rainstorm that’s almost expressionistic in its visual design, with the 2022 Batmobile an early 1970s muscle car hopped up on tiger blood, breathing fire.

Beyond that, the film has room for a brief amount of romance, an excellent Michael Giacchino score that’s cribbing from both John Williams’ Imperial March and some of John Barry’s more romantic James Bond themes, and a framing of its lead that reintroduces a key part of his character I thought was lost for good: His reluctance to murder in the name of justice. 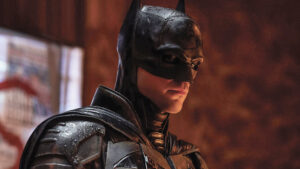 And what’s not to love when the big bad ends up being toxic white male fandom, a group obsessed by firearms and their deeply neurotic chat-group hero?