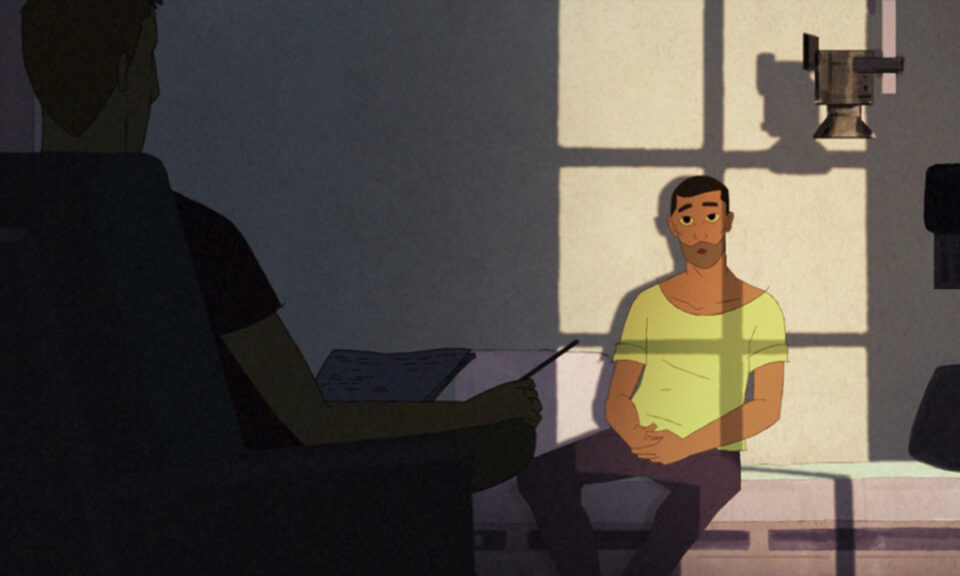 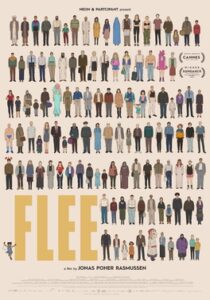 A version of this review first appeared during coverage of the FIN Atlantic International Film Festival in September 2021.

Flee is a rare beast, an animated documentary from Danish filmmaker Jonas Poher Rasmussen about his friend, Afghan refugee Amin Nawabi — some of the names in the film have been changed — who shares the story of his escape from Afghanistan in the 1980s and the efforts of his family to reach Europe. 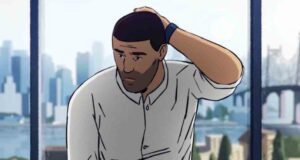 Though Nawabi’s life has changed enormously — as an adult now he speaks Danish and English and is pursuing a post-doc at Princeton — he’s been keeping secrets from everyone around him, including his fiancé, which he finally reveals here.

Maybe for the first time in a refugee narrative like this we see the lasting psychological and emotional damage that many of those who have come to the West carry with them. Based on this story it’s clear the trauma may emerge not just from the experience of where they fled but can manifest during the years-long flight.

Rasmussen’s genius extends beyond the concept, into the sound design and animation. Using Amin’s first person storytelling along with scenes with voice actors he illustrates a terrifying international travelogue in a way a more traditional doc couldn’t do, also mixing in archival news footage to remind us at every turn how real this was, and how Nawabi’s family manages to make these huge sacrifices, with individual members often geographically removed, to find some measure of a future for them all. 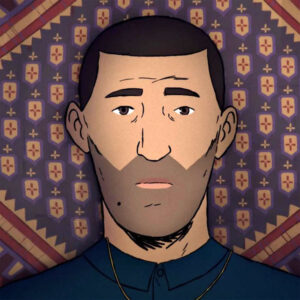 The accounts of a refugee’s half-life in cities like Moscow, negotiating with corrupt officials and law enforcement, and dealing with predatory human traffickers to find their way out — it’s a hellish vision. This is balanced with Amin’s present day life and not let his (entirely understandable) lingering anxieties sabotage his chances for happiness with his partner. 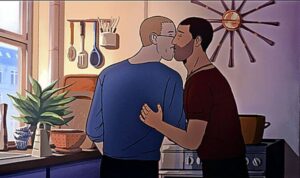 The fact he’s gay is another element of this story — his concerns around how his family will react to his identity and what that means for his new life in Denmark play a part in the story.

Flee is entirely engaging and innovative, a remarkably effective marrying of material and storytelling technique. It’s up for three Oscars this year and is deserving of any it takes home.