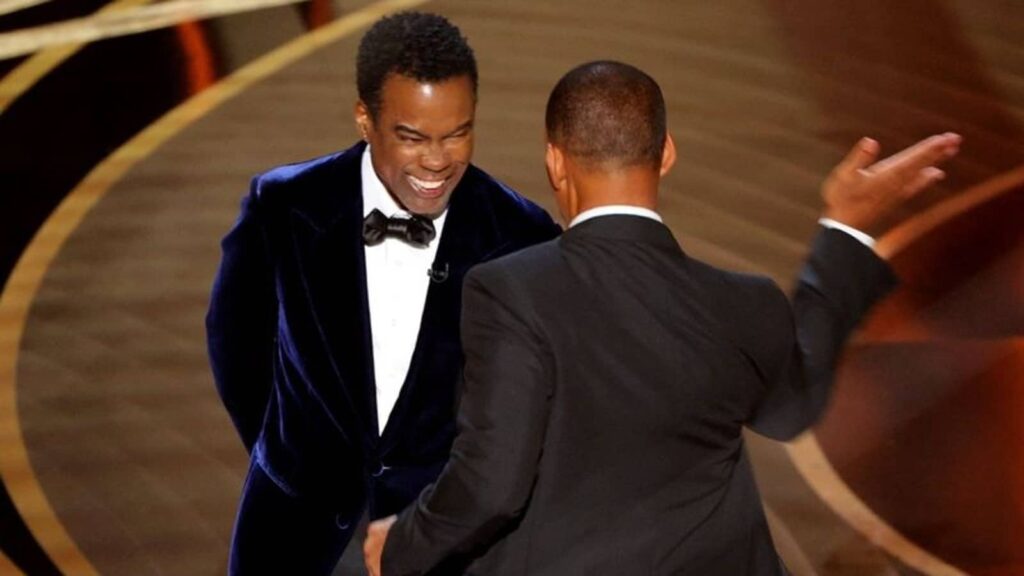 The crowd-pleasing recent favourite triumphed over the arty western, The Power Of The Dog, though Jane Campion got to take home the Best Director award. As I said when I posted yesterday, there’s room for everybody at this party.

(Unless you’re Flee, the remarkable Danish animated doc didn’t receive an award despite being nominated in three different categories, highly unusual for a documentary. It’s a real shame the film didn’t take home anything for its trouble and I hope that doesn’t staunch the possibility of more stories borrowing its groundbreaking storytelling techniques.) 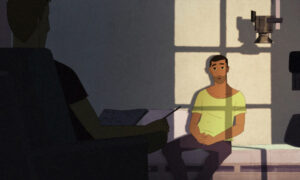 Great to see Jessica Chastain finally recognized here for her role in The Eyes of Tammy Faye, a film I thought she was great in though the movie around her was so-so. Ariana DeBose was all class in her very deserved win for her role in West Side Story. Nice to see Dune take home a swath of the technical awards. Good to see some genuine emotion in a few of the winners, and the reunion of casts from films of the past to present awards. 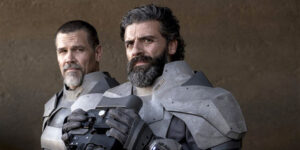 Yeah, the Oscars was an entirely predictable affair, even the ways it messed up. Every year the show tries to do something different to attract eyeballs, and so far it doesn’t seem to be working. They’re now risking alienating the show’s committed audience by messing with the stuff that does work and offering class-free new ideas that just reek of desperation.

Last night a number of awards were pre-recorded in advance, then clips of speeches were played, some edited, within the body of the show. If the live buzz on Film Twitter is anything to go by that move was a failure and cheapened the tone of the show. We like to celebrate the smaller awards too, because it’s an empathetic thrill to see the behind-the-scenes crew stand up there and get their moment.

If bum-flattening run times are part of the problem with dwindling audiences for this show, have they thought of cutting half the advertising time? That would certainly shorten the show, and they could charge more for the ads they do run, still covering their costs.

So, that’s it… that’s the end of Awards Season for another year.

Nothing more to mention… right?

Except that thing that happened that made all the stuff I mention above feel a whole lot less relevant. I generally don’t use my little blog to muse on the human drama around film, the celebrity stuff. I’m more about the work, but I was genuinely upset by what I saw on Sunday night.

Of course, I’m referring to the smack watched all over the world.

It was ugly. It was unconscionable.

Chris Rock came up to present an award. He made a couple of good jokes and a couple of not so good jokes. One in particular was at best thoughtless, at worst cruel, at the expense of Jada Pinkett-Smith, about her having a shaved head. She suffers from alopecia, which she’s been public about.

Her husband, Will Smith, at that point a nominee for Best Actor, stood up, walked onstage and struck Rock in the face.  (You can watch the exchange here, if you can stomach it.)

At first I was confused. On my broadcast, the sound dropped so it was unclear if it was a bit. But pretty quickly it was clear it was not a bit when Smith said, from his seat, “Keep my wife’s name out of your fucking mouth.” (Twitter quickly shared uncensored versions of the broadcast.)

It was a moment of violence.

Yep, that happened. Violence. In front of millions of people, Will Smith hit someone else, like he was Muhammad Ali, a role he played 20 years ago. Like he was entitled to do that.

For me, it soured everything about the show. I really struggled to recover after that, to even care about what I was watching. Bad or good, and there were many moments of both, I didn’t really care.

Instead, my brain was mulling over what I’d seen, and what the consequences should be, or at least be seen to be.

I know the old saying in show business: the show must go on… but this is special circumstances, surely.

Pause the broadcast at least, take Smith out of the room, and let  the producers of the show have a conversation about how to continue. Make a statement.

I mean, come on… we can’t just sit here and pretend like everything’s fucking normal having just witnessed that.

Sure, the Academy released a statement way after the fact saying it doesn’t condone violence of any kind. Really?  Sure looked like they did by doing nothing in the moment.

And that was maybe the most terrible thing about it. The way the entire community of Hollywood, gathered together to celebrate its craft and achievement, did nothing. They all stood by and continued on like it was just another awards ceremony, just like the past 93.

It was like they were all saying, hey, we’re OK with this kind of behaviour. We’ll validate that shit, just like we’ll validate your limo parking outside the auditorium.

It made me feel sick to my stomach.

I don’t know how everyone didn’t just walk out, or how the presenters had the will to just keep on going without addressing what had happened.

Then, 20 or so minutes after the act of violence, Smith was given a platform to speak when he, as most predicted, won the Best Actor award for his role in King Richard.

He was plainly emotional. It was the time of better angels after anger, after Denzel Washington had given him some thoughtful advice. There was regret in his face, anyone could see it. He apologized to the Academy and to his fellow nominees.

It might have been something nearly beautiful if he’d kept it to the apology, his contrition, and the gratitude.

But he also, gently, tried to connect his behaviour to the behaviour of his character, Richard Williams. He used language that should be familiar to anyone who’s been the victim of abuse. “Love makes you do crazy things.” He doubled down on his intent, which he said was to protect his family.

(You can watch his speech here, if you can stomach it.)

None of that is acceptable. It’s the mode of patriarchal bullshit, the toxic male behaviour that fuels everything from international despots to rapists. 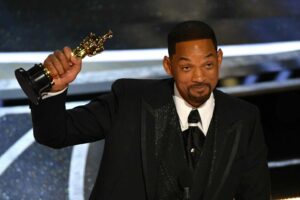 To my mind, Smith has destroyed his reputation. Decades of having been seen as a the nice guy, the Fresh Prince, a King of Hollywood. This is Mel Gibson-level shit, which, as we’ve seen, isn’t enough to end a man’s career, unfortunately. You can behave violently and still work in Hollywood.

And lots of people today are saying Rock had it coming. It’s there in the text and subtext on social media. They say he crossed a line.

As if that excuses what happened next. As if that’s even a conversation worth having. It’s 2022, and that kind of thinking is stone age.

Imagine what the narrative might be today if Smith had stayed in his seat and just said what he said from there. It was vulgar and angry, but I think a whole lot of people, most of them even, would be supporting that… using just his words to make his point.

And, let’s face it, there’s a tradition of comics getting heckled. There isn’t one of them getting slugged.

I’m wondering what’s likely to come from this… if anything beyond folks like me sharing their opinions on some corner of the internet. The New York Times and Esquire both reported the victim of the incident didn’t want to file a police report.

You can bet, though, that lawsuits will be flying. That’s another ugly truth of Hollywood. People speak through lawyers.