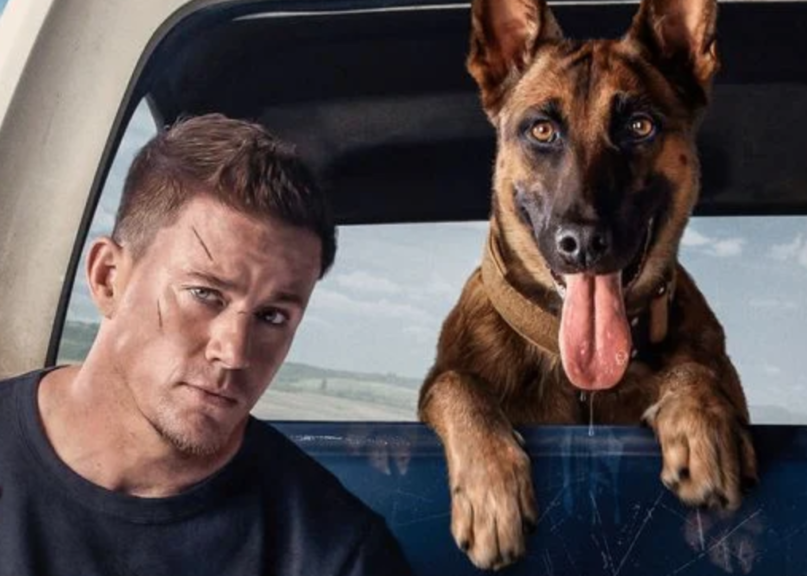 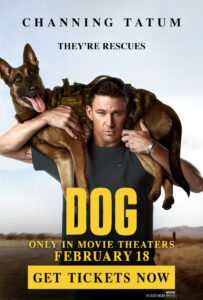 A first feature from actor Tatum and his producer pal Carolin, who also wrote Magic Mike and its sequel, is neither just a sentimental Wounded Warrior And His Dog tale, nor a broad road movie comedy, but some odd amalgam of the two. Dog can’t find a balance with both paws, but its filmmakers’ first time keenness is evident and not without moments of joy.

We meet Briggs (Tatum), a former Army Ranger with tours in Afghanistan under his belt now looking for work in the US Pacific Northwest, but he needs military bureaucracy to clear and refer him — and he’s not altogether well, taking fistfuls of pills to get through the day. As part of the deal he’s got to take another veteran, Lulu, a Belgian Malinois, to the funeral of her handler, a suicide. He’s being planted in Arizona, and Briggs has five days to drive down there in his truck. 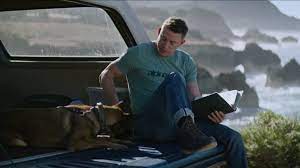 Cue a road trip between the slightly unhinged Briggs and aggressive military working dog who isn’t interested in listening to orders anymore, certainly not from a dude who she doesn’t know.

So far, so predictable, and there’s not a lot of uncertainty where this is going — man and animal are sure to save each other. The only question is, how? 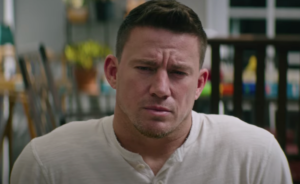 I thought I had it all figured out: Lots of Americana on the soundtrack, including the unnecessary appearance of Kenny Rogers’ “The Gambler.” Cue a random scene at a shooting range where Briggs can’t hit the target — there must be something wrong with him!

The script also takes wild shots at Military Police and pink-haired punks for their lack of respect for people who served, not to mention the rich vein of humour mined from a stop in “Portlandia” and encounters with its new age residents. Your basic American white conservative mythology writ large.

Not so fast. The film’s a little too quirky for just that perspective. Witness Briggs chasing Lulu into the woods and running into a grow op, leading to Briggs getting tranked and tied up. For a second I was reminded of the basement scene in Pulp Fiction. Who knows what comes next.

How about when Briggs pretends to be a blind vet to get a free hotel room in a high class San Francisco hotel, only to have his ruse collapse when the Lulu reacts badly to another guest. The humour is occasionally taste free, but the plotting goes places you won’t expect.

There’s a wild 1980s buddy comedy buried here, Turner And Hooch style, if Lulu can only dig it up. There’s also a painful journey to self-awareness for Briggs, and the reason he’s estranged from his ex (Q’orianka Kilcher, barely in it) and his three-year-old daughter — we might learn it, or we might not.

Carolin and Tatum don’t quite have a handle on tone, so the picture swings wildly from goofy to heartfelt from scene to scene, without entirely satisfying on either front. But Dog doesn’t overstay its welcome, and Lulu — played by three dogs — sure is cute.

One last technical note: I watched the film via a screening app on my laptop and found the sound mix especially muddy — in some scenes the dialogue is mumbled or spoken in thick accents, and the music so loud it was hard to tell what characters are saying. That could’ve been a feature of the app or it could be a substandard sound mix. Just a heads up if you choose to go see this in the cinema — I hope the sound is better.