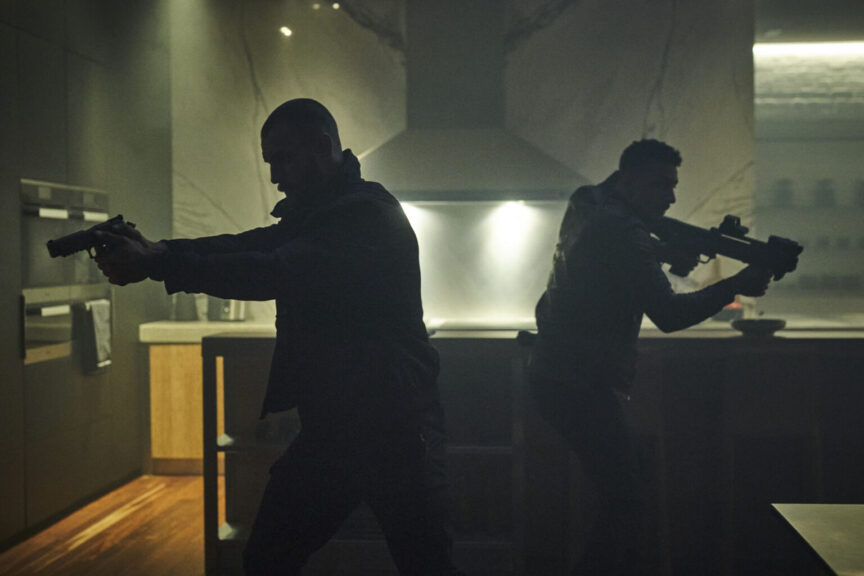 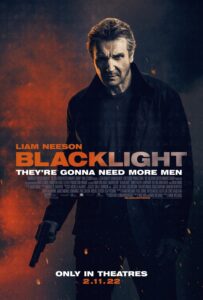 Liam Neeson, so good in period epics like Silence and dramas like Ordinary Love, is best known these days for those interchangeable action pictures with titles like The Commuter, Cold Pursuit, and The Marksman.  There’s a precedence for the middle-aged hard man in Hollywood going back to Robert Mitchum and Chuck Bronson, and largely thanks to Neeson the genre is back with a vengeance. (See John Wick and Nobody for some decent examples.) 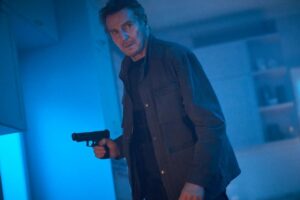 This unexpected ride started in 2008 with the wild success of Taken, and then its sequels. I’ve enjoyed a few of Neeson’s genre pictures, including A Walk Among The Tombstones and Run All Night, but it’s been awhile since I’ve gone out of my way to see one.  I can’t imagine they’ve all been as bad as Blacklight or who would keep going to them? 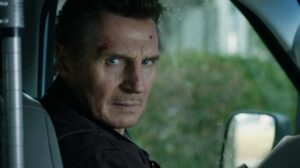 But this movie is almost entirely misguided. Let me count the ways. 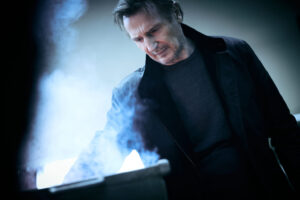 Neeson, who is approaching 70, claimed recently he’d soon be giving up the actioners. This is something he’s said before but I really hope, for all our sakes, he means it this time.