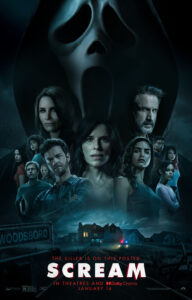 There’s something to be admired in a franchise that starts as a tight trilogy over four years, goes on hiatus for a decade, returns for a better-than-it-needed-to-be fourth entry, and then takes another decade to deliver a fifth movie.

Before I review any kind of mainstream horror, I try and be upfront about my ambivalence about the genre. I call the Scream franchise — which I’ve seen all of now, though not the series — a mark above most of the films it pays tribute to. The exploitation horror or slasher genre of the ’70s and ’80s I’ve generally found to be repetitive and dull. I’m more a fan of “elevated horror,” addressed with a sly, cutting reference in this picture. 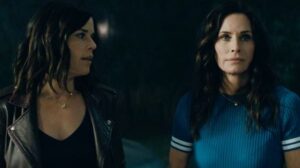 It should be noted this is the first Scream not helmed by Wes Craven, who passed away since the release of Scream 4 in 2011. The creative team here had some cult success with the terrific Ready Or Not, which is a better movie than this one, but it makes all kinds of sense this is what they’d do next.

As with the first four films, this confusingly titled fifth feature is at its best when it’s addressing the meta aspects of horror and the Hollywood machine, the ongoing commentary on movies and sequels themselves. Where it falls down in comparison to some that went before is in management of tone, in the absence of regular laughs, and a disappointing swing away from the characters we’ve become invested in. 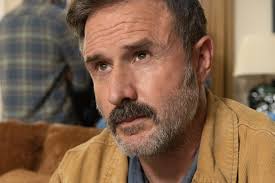 Of course, the film explains this structural shift.

Once again we’re in Woodsboro, the small California town where the original teen murders took place 25 years before — though much of this clearly wasn’t shot anywhere near California given the architecture and Spanish moss on the trees: Wilmington, North Carolina, apparently. Tara (Jenna Ortega) is the teen attacked by someone in the Ghostface get-up in the early going — though, once again, some of the things the killer is able to do feel almost supernatural — but Tara survives. 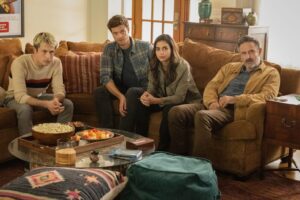 The attack draws her estranged older sister, Sam (Melissa Barrera), back to town after years away, bringing with her a boyfriend, Ricky (Jack Quaid). Tara’s got a close knit group of friends — including Wes (Dylan Minnette), Amber (Mikey Madison), Chad (Mason Gooding, a Booksmart veteran), and his sister, the hilarious Mindy (Jasmin Savoy Brown). Mindy explains in some detail how these “requels” work, that they serve up a mix of new characters in the lead and the original, legacy cast in support. 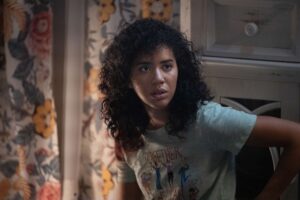 I understand the appeal of the formula, but addressing it directly for chuckles doesn’t forgive its problems. I didn’t always enjoy this trope in the third Star Wars trilogy, that the older characters were shunted aside in favour of the younger, frequently less-interesting batch — though this movie cleverly goes out of it way to repeatedly reference the most controversial film in that franchise, The Last Jedi, while taking pretty satisfying shots at the toxic fanbase of fans who loathed that picture’s more progressive ideas. 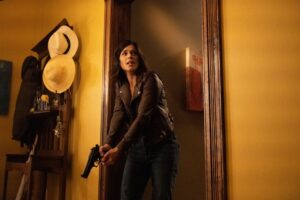 Scream 4 brought in a younger cast but managed to continue the arcs of the ones we really care about, Sidney Prescott (Neve Campbell), Gale Weathers (Courteney Cox) and Dewey Riley (David Arquette), but if you’re over 40 in a horror movie you’ve got to be happy with support. That means in this movie, even though Sidney is now married with kids, we don’t even get to meet them. It means even though they original cast is front and centre on the poster, this isn’t really about them. I think that sucks. 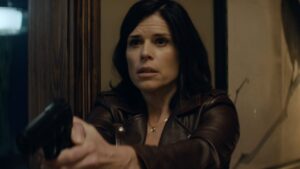 To its credit, the young talent are pretty interesting. Barrera is especially charismatic as Sam, the ostensible lead, and Quaid brings all the same likability of his character in the series, The Boys. Maybe it’s no surprise he’s so affable given he’s Hollywood royalty, the son of Dennis Quaid and Meg Ryan.

And it’s to these young actors’ credit they manage to make plausible some truly ridiculous plotting. A wildly convoluted backstory for Sam and Tara and a number of the other new characters linking them to the established mythology is groan-worthy, along with some of the clunkiest expository dialogue I’ve heard in yonks. I won’t say too much about the reveal of the killer, or killers — as these films always feature a team of maniacs — but the motivations this time are the dumbest yet. 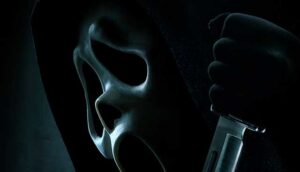 The film delivers its basic horror tropes and jump scares —  happily teasing the audience in a scene where a character is preparing for sushi dinner as the music cues (or miscues) us to the killer hiding behind every open door. But overall I wished it was more playful and funnier — aside from the requisite conversations about sequel tropes and structure we get precious few laughs, a big part of what works in this series. 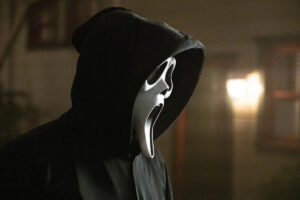 Finally, this new creative team brings a heavy, self-serious tone to much of the proceedings. That soapy melodrama an ill fit for the meta jokiness that makes the Scream movies special.

Overall, my impression is pretty much what I thought of Scream when I watched it back in 1996. It’s fine. Rewatching the original recently I liked it a lot more. Maybe if I come back to Scream (2022) in 20 years, it’ll have more to offer as well.