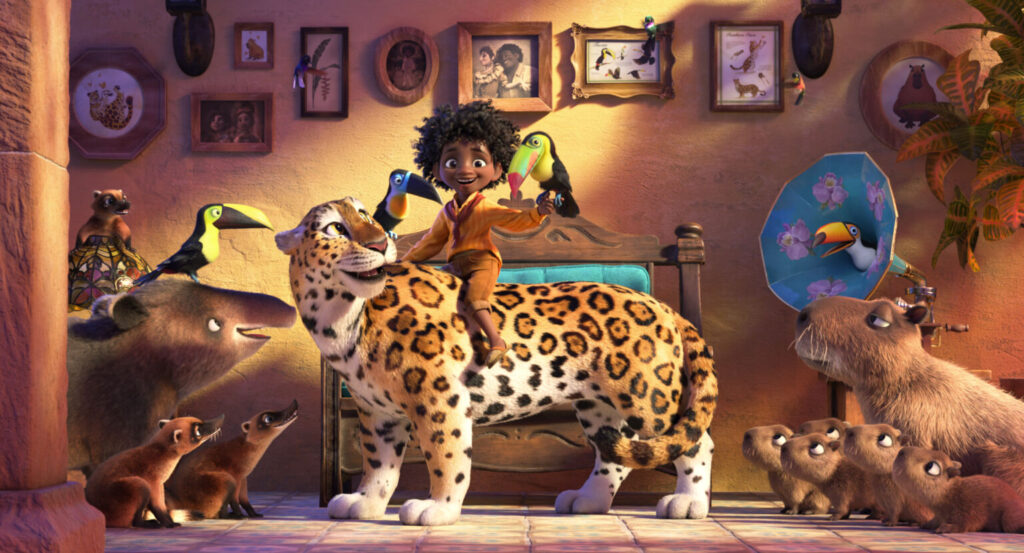 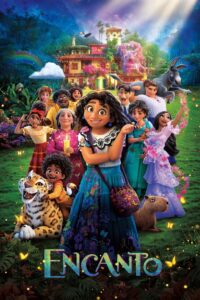 Just gonna get this out of the way: This is a lovely looking animated Disney musical about a magical Colombian family.

Expect an explosion of colour and a whole bunch of singing and dancing to help tell a story about healing from a deep-seated family trauma. The miracle, frequently referenced in the narrative, isn’t so much about special abilities, it’s about growth and security in the face of that trauma. The movie’s cultural references are fresh for Disney. 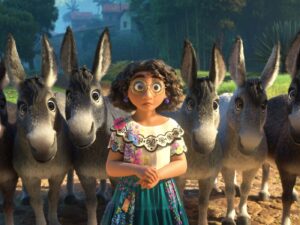 What works is the theme of celebration of the ordinary, and of community strength, all rooted in the welcome sound of songs by Lin-Manuel Miranda, with a particular nod to the powerfully hooky hit, “We Don’t Talk About Bruno.”

But, in other, important ways, Encanto treads ground we’ve all seen in Disney movies before.

It’s about Mirabel (voiced by Stephanie Beatriz), the only person in her sprawling family without special powers. The family matriarch, Abuela Alma (María Cecilia Botero) escaped terrible strife to find a magical candle, which created a sentient home and imbued her kids and their kids with special abilities — from super-strength to healing through food to changeling abilities to a way with spontaneous horticulture. 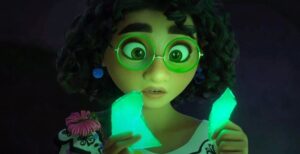 This is all cool, but because Mirabel didn’t get her “gift” when she had her initiation ceremony, she feels less special than the rest of the household. She’s also the one who notices maybe not everything is so wonderful in their casa — cracks are beginning to show. This has something to do with her uncle Bruno (John Leguizamo), whose power was precognition. He once saw something in a vision and shortly after he vanished.

(If that sounds like a less twisted version of The Umbrella Academy, that occurred to me, too.)

Mirabel is a delightful, very relatable character, the music is cheery and fun, and though the cast is sprawling, the characters are vividly drawn. I can’t help but think this picture is going to be adored by the Colombian tourist board given that so much of the Hollywood narrative connected to the South American nation since the 1980s has focused on drug smuggling and coffee. 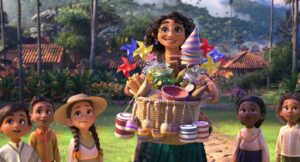 But don’t come looking for something especially new here, thematically. What you’ll get are more of Disney’s odes to the importance of family and to being true to yourself, not what others want you to be — that weird tension between individualism and togetherness that crops up in so many Disney movies. It’s kind of amazing how many different, deeply sentimental ways the Mouse House can tell the same story over and over again.