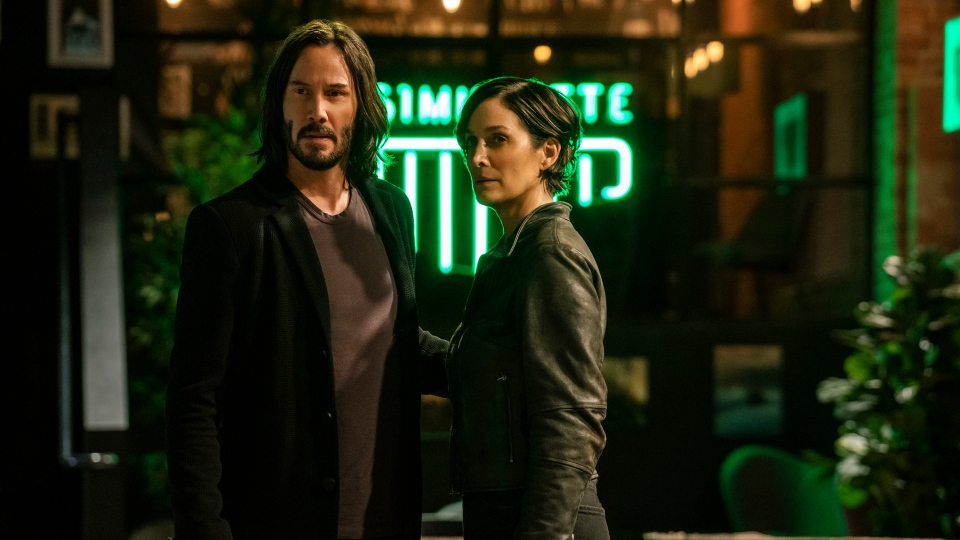 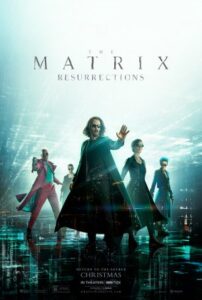 When I heard about this return to The Matrix, I didn’t know what to think. Encouragingly, one of the two Wachowski siblings who helmed the original trilogy is back to bring us this new iteration of the franchise but, to be clear, there’s no reason we need another one of these. Especially since the first is an undeniable classic, but the two sequels underwhelmed.

So, here’s a fourth coming so many years later despite its two leads now in their 50s and, spoiler warning, both of their characters having died in The Matrix: Revolutions. Maybe surprisingly, The Matrix: Resurrections, while not being anywhere near the example set by the 1999 original, at least justifies its existence with some clever, even playful ideas. 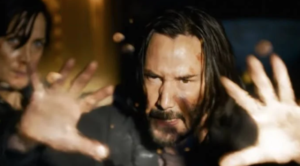 But how to talk about it without revealing those surprises…? Well, first off, it’s pretty clear in the trailer  that Neo (Keanu Reeves) is back in the Matrix as Thomas Anderson, but he has no memory of his role as a messianic super being fighting against the machine army that has enslaved humanity in this simulation we call “reality”. 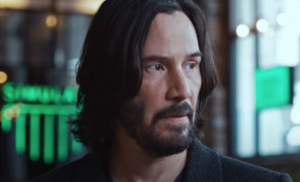 In fact, he’s a famed games designer, and his most successful game is called The Matrix, so successful that its characters, Neo, Trinity, and Morpheus, have entered into the public consciousness. Mr Anderson hears from his gaming colleagues  — and his boss, Mr Smith (Jonathan Groff) — that their partners at Warner Brothers want to go ahead and make another Matrix whether they like it or not. Anderson said he was done with it after the original trilogy, but now he’s forced to go back in. 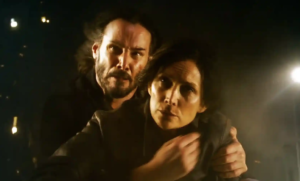 This is not a good time for Mr Anderson. He has trouble distinguishing reality from fiction, so takes fistfuls of blue pills to manage his mental health and visits with someone we’ll get to know as The Analyst (Neil Patrick Harris), this while Bugs (Jessica Henwick) and a familiar character played by Yahya Abdul-Mateen II are trying to find him and offer him a red pill.

Trinity is in Anderson’s life, but only at a distance as a married mom — named Tiffany — who regularly patronizes his local coffee shop, the charmingly named “Simulatte”. 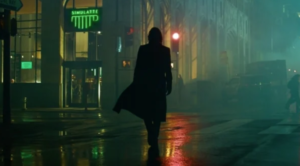 I think that’s as much plot as I’d care to divulge — the deeply self-referential  meta-ness of it all you’ll either find delightful, puzzling, or maybe just irritating for how it chuckles at the long established mythology as just more IP content to be regurgitated. I vacillated between these feelings for most of the first act. It’s either sharply cynical or wildly courageous storytelling, depending on your perspective. To quote one of the characters in the movie, “Nothing comforts anxiety like a little nostalgia.”

Once all that giddy winking and nudging is complete, the movie gets busy in its second act reintroducing us to the world outside the Matrix and catching us up on what has transpired since the last film. It does a decent job getting us to understand how it is that Neo and Trinity are back while refreshing battle lines and replanting stakes for what’s to come. 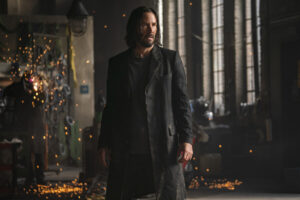 And while I’ve gone on the record as saying my favourite part of the Matrix movies are the parts that actually take place in the Matrix, I actually enjoyed the time outside the simulation more in this edition.That’s maybe because the new, younger characters give Neo/Anderson (and thereby the film) more time to explore themes of age and time’s passage, and the places where the dreams of the first movies fell short.

A potent vein of melancholy courses through this film’s subtext — even as it reveals where technology is being used in a positive way — that gives the picture a surprising weight. It’s also is a lot easier to follow, with fewer narrative cul-de-sacs that skewered much of the fun of the two earlier sequels.

How much you’ll care about it all, well, I guess that depends how much you’re invested in it. I enjoyed seeing the return of familiar faces and a few well-cast new performers playing familiar characters. This will sound like faint praise, and it kind of is, but going down the rabbit hole one more time wasn’t any kind of a chore.

An absence keenly felt is Yuen Wo-Ping’s, the fight coordinator who established the choreography of the earlier films, introducing Hong Kong-style hand-to-hand combat and wirework to a science-fiction blockbuster. The fight sequences here are largely ho-hum and poorly edited. It’s a real shame because the visual effects and action set-pieces are otherwise terrific. We’re not breaking any new ground, but we’re not losing it either. 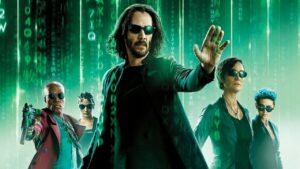 One important step forward, one that lifts this new Matrix, is a renewed focus on the connection between Neo and Trinity. More than 20 years later and Reeves and Moss haven’t stoked much fresh romantic heat, but they do have a knowing chemistry that works well for their characters. That the film acknowledges and even celebrates in an overt way how important a feminine presence is in The Matrix is to its credit, though maybe not a surprise. Lana Washowski’s work is never less than risk-taking, even in this blatant franchise extension.