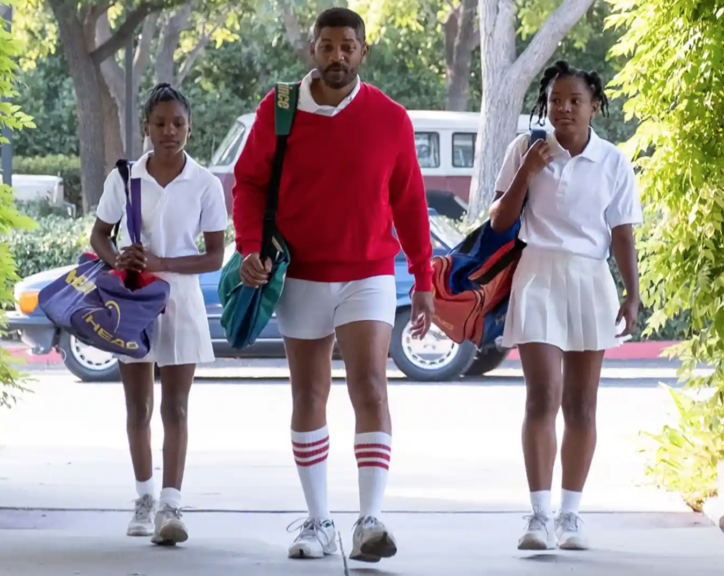 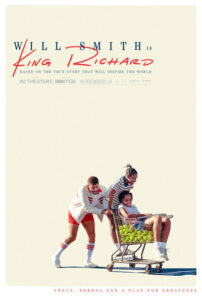 Full credit to broadcaster, writer, and filmmaker Tara Thorne for pointing this out on social media: They finally get around to making a biopic of two of the greatest athletes we’ve seen in our lifetimes, Venus and Serena Williams, and they make it about their father. Really, Hollywood?

Yes, this is a biopic about the man who raised those champions, but the film was produced by Venus and Serena themselves along with their half-sister, so this was their call. So, fine. Also, given their sign-off, you know the portrait won’t be one that strays too far from the already established Williams family myth, and maybe that’s OK. 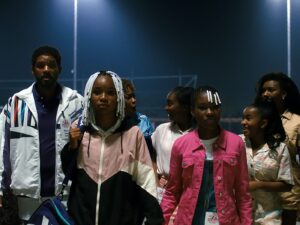 This is the official version of how Richard Williams (Will Smith), paterfamilias, raised five girls with his wife, Oracene (Aunjanue Ellis), with two becoming tennis champions — played by Saniyya Sidney as Venus and Demi Singleton as Serena. Overall, the film is a solid and, given the almost two and a half hours running time, reasonably well-paced and effective sports biopic. 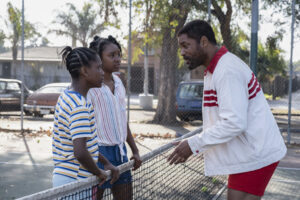 It starts in Compton, California. Richard’s got a detailed plan to turn his daughters into tennis superstars, which involves a lot of work: The girls out on the court at all hours, in all kinds of weather, emphasizing education, the church, and an open stance. We also get quite a bit of Richard butting heads with the young men around the courts — one in particular who takes an interest in Venus and Serena’s older sister.

Further, you can understand how protective Richard is of his daughters when they finally get the opportunity to play at those white country clubs. The tension here isn’t that they’ll succeed — we all know that Venus was the first African American woman to be number one in the world and a multiple Grand Slam winner, and Serena’s the best to ever play the game. The tension comes from whether Richard, with his relentless drive, unpredictability, and need for attention, will complicate his daughters’ opportunities to reach those heights. 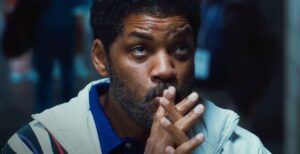 Again, not a big surprise that he doesn’t, in the end, but there is some pleasure in seeing how it all rolled out. We also get the always excellent Jon Bernthal as Rick Macci, the Florida-based coach who eventually took on both girls and their family, and helped them break through any number of glass ceilings.

And that’s what works best with this movie, the recognition that Venus and Serena were trailblazers and their father dreamed big. They did things nobody had done, and broke open the game’s classist and racist gates for the Coco Gauffs and the Naomi Osakas of the world. 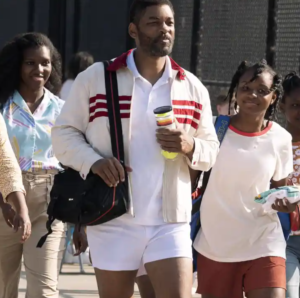 Did I wish the story had been told through the eyes of the two girls, so we better understood their feelings striving under such a strict disciplinarian? Yes. Would it have been welcome to better understand how Richard Williams conceived his plan to start with? Sure. Does it unfairly stigmatize the community where Venus and Serena were raised? Could be. Would it have been reasonable to get some better understanding of what makes Venus and Serena so special on the court? I wish. Might the movie have worked better to have Will Smith not be so bloody obvious in his teary, Oscar-baiting scenes? Uh-huh. 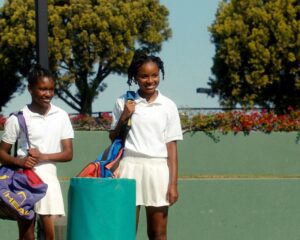 But King Richard is what we have. It’s not a straight-set victory, but a few more winners than errors and the match goes its way.