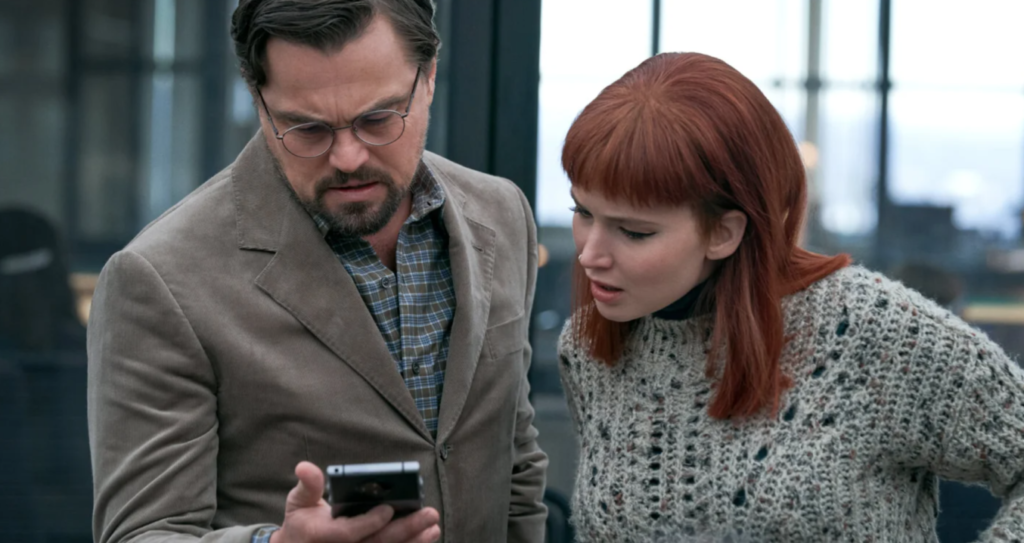 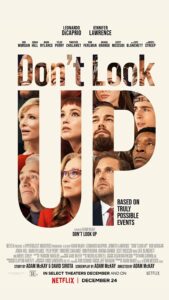 The biggest movie on Netflix this season has also turned out to be the most controversial. The screeds against it are plenty — a passel of well-regarded reviewers have called the disaster movie, cleverly, “disastrous,” and its director a “self-appointed prophet of rage.” One dour piece of hand-wringing about the film purported to offer guidance for the appropriate way to change someone’s mind on a major topic — presuming that’s what this film is trying to do — then goes on to criticize the filmmakers for being smug. Pot, meet kettle. But you know a movie about an environmental apocalypse has tapped the zeitgeist when Forbes goes to the trouble to ask a scientist to review it. 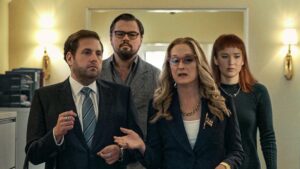 McKay, with former creative partner Will Ferrell, was the filmmaker behind a few massive comedy hits of the millennia’s first decade — Anchorman: The Legend of Ron Burgundy and Step Brothers amongst them. In 2015 he brought us The Big Short, a seethingly angry comedy about the people who profited from the housing collapse of 2008, and how they got away with it. Critics were shocked that McKay might actually be a smart fella. He followed that up with Vice, a biopic of former American Vice President Dick Cheney, aiming for similarly thoughtful if mordant chuckles about the state of America. I found that one bitterly unpalatable.

Don’t Look Up is a much lighter, broader piece, despite being about the imminent end of the world. In spirit it’s much more like McKay’s earlier work than his past two films, even though it’s still carrying a distinct and undeniable agenda. The movie takes shots at politicians who wilfully obfuscate scientific truth, at members of the media more interested in distraction and trivia than reporting what’s happening in the world, and anyone more interested in personal wealth and power than the wellbeing of the planet. If you hadn’t yet guessed, it’s a disaster movie heavily laden with climate crisis allegory.

Some have called it heavy-handed. I call it hilarious, one of the funniest films of the year. 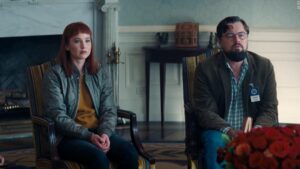 Kate Dibiasky (Jennifer Lawrence) is a PhD candidate in astronomy at Michigan State. She’s the first to recognize a new comet in the heavens. Her professor, Dr Randall Mindy (Leonardo DiCaprio, as twitchy as he gets) calculates it’s on a collision course with earth, and will cause an extinction-level event when it arrives in approximately six months.

Dibiasky and Mindy get the attention of a Dr Oglethorpe (Rob Morgan) of NASA’s Planetary Defense Coordination Office (which does exist in real life) who confirms their findings. Off they go to the White House, whose current resident (played with a lot of enthusiasm by Meryl Streep) is a Trump-like head of state more concerned with midterms than the real ramifications of this comet’s arrival. She’s surrounded by people even less concerned, like her dim-bulb son, Jason (Jonah Hill), nepotized into a position just adjacent to the Oval Office. 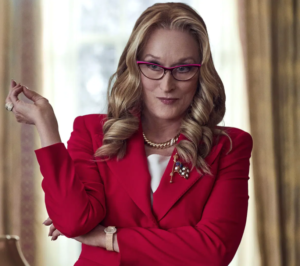 Frustrated with the pushback they get from the political elite, Dibiasky and Mindy take their research to a morning TV broadcast, whose hosts (a very game Cate Blanchett and Tyler Perry) don’t take their concerns particularly seriously, either, despite Dibiasky freaking out on the air.  Dibiasky’s boyfriend (Himesh Patel) works for a clickbait online news site that immediately exploits her emotional tirade.

Along the way Mindy, poorly managing his overwhelming anxiety, becomes something of a media star  while he and Dibiasky cross paths with pop stars (Ariana Grande and Kid Cudi) earning a lot more attention, especially on social media, than they are. 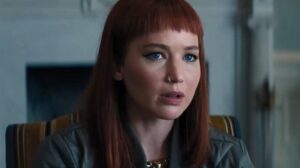 McKay front-loads his film with his best ideas and sharpest gags — which are almost all resolutely laugh-out-loud successes — but at no time does his clear concern underlying these laughs ever feel hectoring or misplaced. Neither does he punch down — his targets are firmly people in positions of privilege and power who ignore peer-reviewed science, and, TBH, those folks deserve what Don’t Look Up hurls at them. 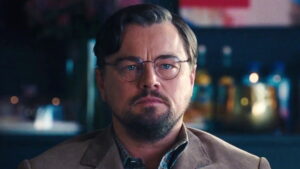 One of the funniest things about the movie is that American conservatives don’t seem overly upset by it, it’s the more sensitive liberals who’re weirdly offended or frustrated by the lack of nuance from the guy who gave us A Public Statement from Anthony Weiner’s Penis. 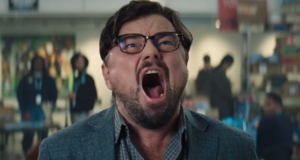 Unfortunately, Don’t Look Up also can’t sustain its best ideas over the 2+ hour running time — few comedies do at that length — and it goes a little slack and repetitive around the beginning of the third act, when Timothée Chalamet shows up as Yule, an evangelical skater who takes a shine to Dibiasky.

Also, I’m not sure what Mark Rylance is trying to do in this as a Elon Musk-type character, but his white-picket teeth and general spaciness help push the film toward Mars Attacks territory. (That’s not necessarily a bad thing.) 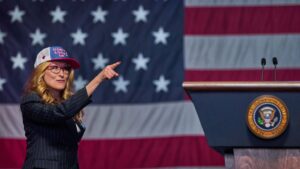 All in all, I didn’t have any real trouble enjoying the hell out of Don’t Look Up, and sounds like a lot of people felt the same way during their tryptophan comas this holiday. While the opinionated media types like me from our bully pulpits — so interested in what’s popular rather than what’s important! — continue to debate the film’s merits, I expect others’ holiday conversations after the movie are as much about what it is saying as whether it says it well or not.