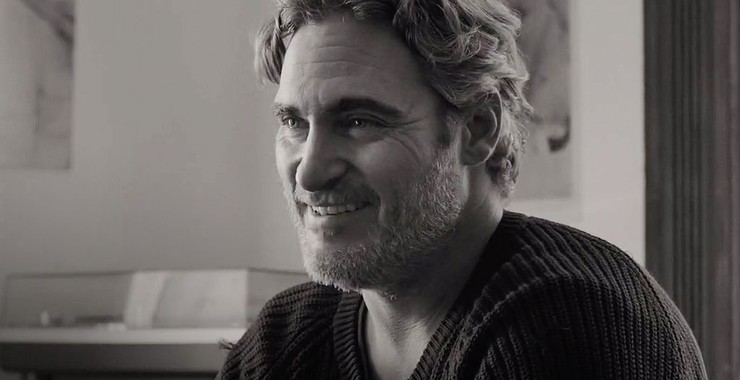 Written and Directed by Mike Mills | 109 min | In Cinemas 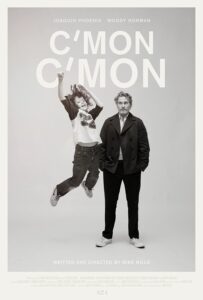 Jesse ((Woody Norman) is a bit of a weird kid — preternaturally composed, bright but quirky, with flashes of great intelligence and understanding and also unpredictable and demanding. In other words, an entirely cinematic creation that we’ve seen in many films, and C’mon C’mon does not escape one of the worst cliches of Hollywood when they tell stories about children: The child who is more astute than the adults in the room, who has as much to teach the adult about the world as the adult does the kid.

It’s a disappointment from Mike Mills, a filmmaker whose romantic drama Beginners was one of my favourite films the year it was released (RIP Christopher Plummer), while his more recent 20th Century Women was almost as delightful. These are nuanced, semi-autobiographical intergenerational tales, and accordingly I was excited to see his new picture — the story of the connection between a man and his nephew. I wish I liked it as much as those others, but while it’s a gorgeous-looking film with moments of grace, it feels a lot more calculated and way too precious.

Johnny (Joaquin Phoenix) is Jesse’s uncle. He works as a radio documentarian busy collecting interviews with children all over the United States — these aren’t staged, the kids are actually interviewed for the film.

Johnny starts in Detroit, but flies to Los Angeles to help out his sister, Viv (Gaby Hoffman), from whom he’s been estranged since the death of their mother. Viv needs to leave for Oregon to check in on her ex, Paul (Scoot McNary), who’s struggling with a mental health crisis. Child-free Johnny agrees to take care of nine-year-old Jesse, but when he needs to continue his interviews he drags his nephew along with him to New York and eventually New Orleans, getting a dose of the work required to be a parent. 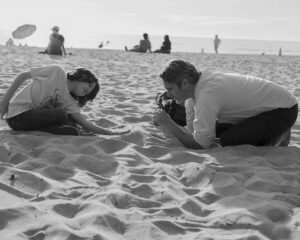 Mills has coaxed a wonderfully naturalistic performance out of the young Norman. Many of his and Phoenix’s scenes together feel entirely unscripted, which is something I remember loving about Mills’ other films, that same feeling of authenticity. Phoenix and Hoffman also do good work together, mostly over the phone as they chat with each other long distance. That’s usually because Johnny’s looking for advice on how to manage his nephew’s behaviour. 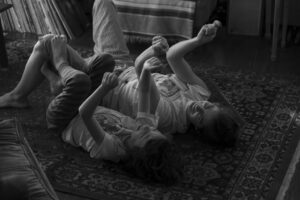 C’mon C’mon is also gorgeously shot in black and white by the great cinematographer Robbie Ryan, whose work on American Honey, The Favourite, and Slow West elevates all those films. His vision of New York here is especially evocative, maybe the most beautiful the Big Apple has looked on screen since Manhattan.

But a lot of this didn’t work for me, so what’s wrong here?  Is it that a cute story about a grown man — whose lack of understanding of kids feels a bit put on for someone who interviews children for a living — and his precocious nephew reveal my empathetic flaws as an adult without children of my own? Maybe this movie really isn’t for me.

Or maybe it’s the comparison Mills forces us to make with the real life interviews he includes with kids in urban centres — their circumstances feel entirely genuine, sometimes heartbreakingly so, because that’s what they are. The fictional drama can’t compete with it.

I’d suggest he makes other flawed creative decisions, too. 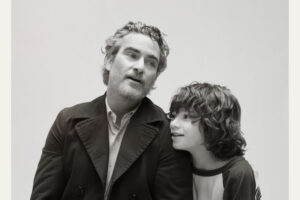 The use of a lot of the music — much of it by Aaron and Bryce Dessner of The National along with a dollop of Mozart — is way too self-consciously arty, distracting from rather than complimenting the drama. Mills wants his film to be an American fairy tale freighted with fundamental truth about the relationships between parental figures and children, but that airy ambition actively works against the picture’s more grounded, naturalistic qualities. How much better would it be if it was just a little less indulgent? Even the black and white is hard to justify here.

As are the efforts to bring some kind of broader, existential weight to bear through the questions Johnny asks of the kids, of himself, and his nephew. It’s in the conversations they have and the books Johnny reads to Jesse. It’s supposed to be charming and sweet, but a lot of it feels forced.

This is not outright self-sabotage, but what has the bones of an effective, even elegant indie picture is often scuppered by this atypically heavy hand and artificiality.