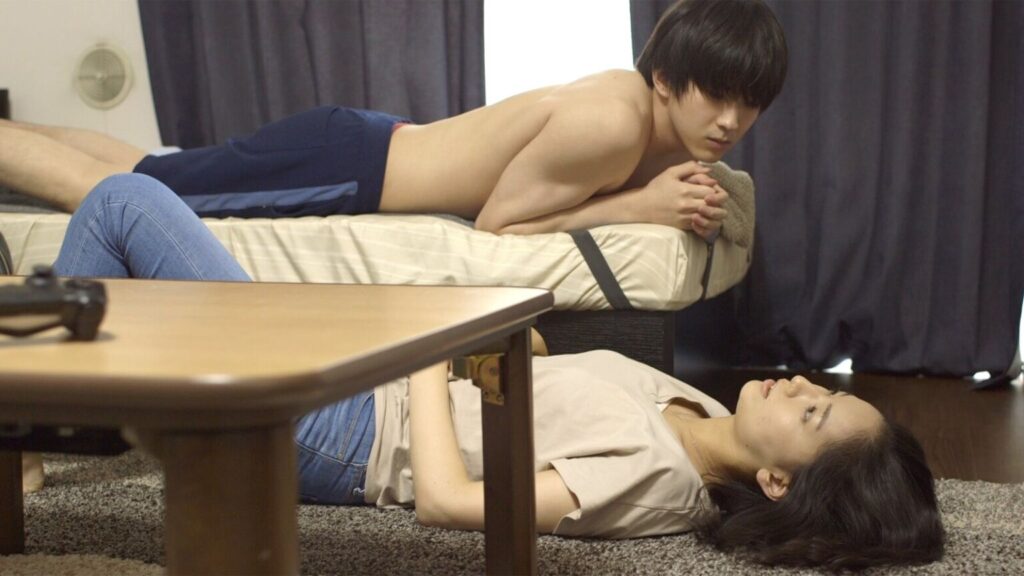 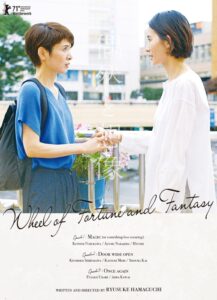 The full, translated title is actually Ryûsuke Hamaguchi’s Short Stories: Wheel of Fortune and Fantasy, but that’s a mouthful. The Japanese director’s well established in his home country, a feature filmmaker and documentarian. His earlier work is unseen by me, but if it’s got the wistful and aching charm of this triptych anthology I’ll need to check it out — as well as his newer feature soon arriving, Drive My Car. 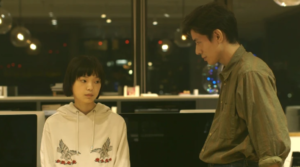 Episode 1: Magic (Or Something Less Assuring) sets up a 35-minute love triangle. In the back of a car driving through Tokyo, two women talk about one’s romantic prospects leading the other to confront an old lover with business unfinished. It’s alternately sweet, melodramatic, and awkward, but there’s an immediacy to the storytelling and to the performances that works. Hamaguchi also understands the importance of a plot pivot changing all you’ve learned to that point about the characters. 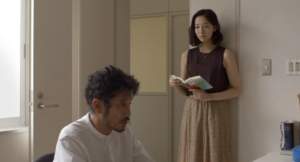 Two university students and illicit lovers begin the second story, Episode 2: Door Wide Open, with a plan: one will pretend to seduce a professor in order to humiliate him and destroy his career. The encounter leads to an unexpected and profound connection between student and teacher, and a deeply bittersweet coda. 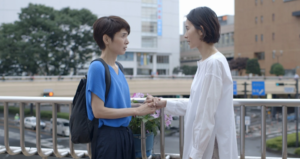 Episode 3: Once Again features the powerful visual metaphor of an escalator and the chance meeting of two women who knew each other from high school, two decades earlier. Somewhere along the way they realize it’s a misunderstanding, but like the last story an intension is inverted by a new discovery between two people surprised by the unusual circumstances. They both take something unexpected away from the encounter, something close to a personal revelation.

Hamaguchi is comfortable switching into the perspective of a particular character, creating a moment of fantasy for comic or tragicomic effect. I appreciate the playfulness, especially as otherwise he favours long wordy scenes of people hashing out their often competing points of view without much of a cinematic punch beyond the two-hander. He delivers a mannered stiltedness that threatens to cross into theatricality, but it never quite does.

I’d challenge you to watch this film without reflecting on your own romantic experiences, both the positive and the possibly regretful.