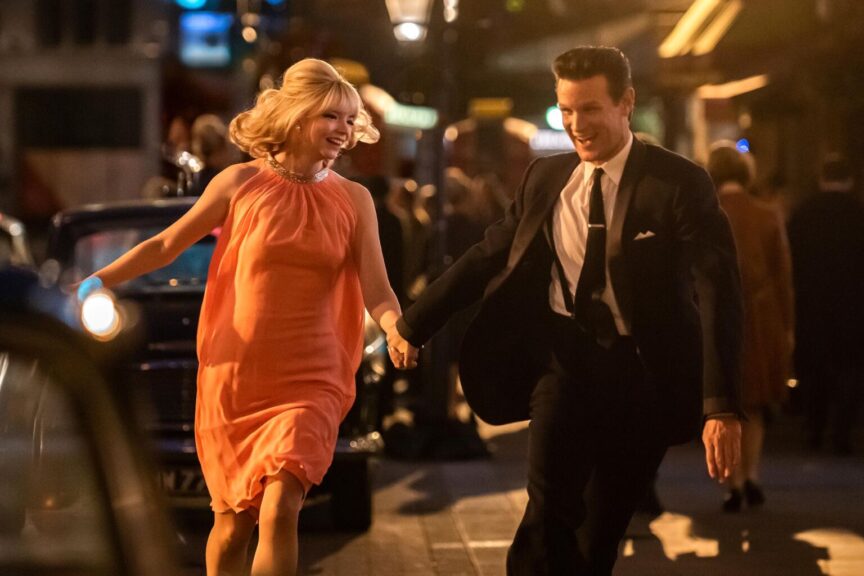 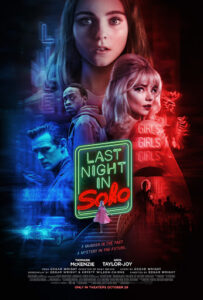 Edgar Wright feels like a peer, a media nerd who loves him some movies. The movies he makes are more than informed by his passion and knowledge of all the movies he’s watched, they’re enraptured by them. He and Quentin Tarantino have a lot in common in that regard, though Wright is more of a humanist. You can see how much he cares for his characters in the Cornetto Trilogy, in Scott Pilgrim, and even in his action thriller, Baby Driver. He also cares a lot about music.

All of this comes to fruition in Last Night in Soho, Wright’s big wet kiss to London, to British clothes, music, and movies from the ’60s, and to giallo, the Italian horror genre. It’s more potent in its direction than its script, but entirely compelling nonetheless. 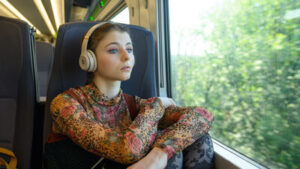 Thomasin McKenzie is the lead, Eloise. Raised by her grandmother after her mother committed suicide when Elly was a little girl, she’s fascinated by ’60s fashions and music. She’s accepted into a London fashion college and travels from her home in rural Cornwall to attend school. Elly still sees her mother in mirrors. The spectre of mental illness haunts Last Night in Soho even more than any possible supernatural goings on.

Elly is driven and self-sufficient while also being insecure. When the mean girls in her new school give her trouble, including roomie Jocasta (Synnove Karlsen), Elly moves into her own bedsit off Goodge Street, just north of Soho.

In her final role, the legendary Diana Rigg appears as her landlady, Ms Collins. Elly somehow lands a job at a pub despite having no experience, and attracts the interest of an older man played by Terence Stamp in sleazy form, and a boy in her class played by Michael Ajao.

Wright’s Soho is a warren of moody, historic corners, draped in deep reds and blues, an urban space of dark alleys under neon flash, all soundtracked to an exquisite selection of mid-’60s English pop. 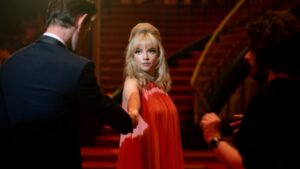 At night, Elly dreams she’s a stylish English girl living in London in the mid-’60s. She’s Sandie (Anya Taylor-Joy), a singer who wants to make a go of it in London nightclubs. She’s confident and extroverted, but shy Elly seems to be both a part of Sandie and outside, watching her. The glamour of her life and her adventuresome spirit is immediately appealing, and it looks like Sandie is going to get her big break with Jack (Matt Smith), who says he’ll be her manager and maybe even her lover. 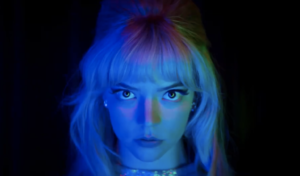 But on a dime, things shift. The dreams become nightmares. Sandie’s fate may instead be in pain and blood. Elly’s impression of London as a city of style and opportunity slides into an altogether darker place. 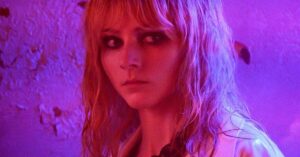 Last Night in Soho tells a simple story — maybe a little too simple. More than once though the running time I started to wonder where it was taking me — I wanted more from Elly’s visions of the past, more depth and complexity in Sandie’s story. But Taylor-Joy and especially McKenzie are both so good, we latch onto them. They’re our lodestone as the film corkscrews exponentially into baroque, outré terror. McKenzie’s saucer-wide eyes do a lot of the heavy lifting. 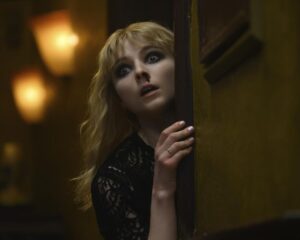 You can sense Wright is passionate about this material, even as  he’s hustling outside his comfort zone telling a story with women at its centre as opposed to his more typical gang of dudes. It’s to his credit the picture is so eminently watchable, and cinephiles will find plenty to enjoy in the way he moves the camera. 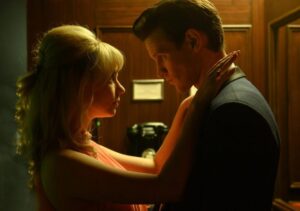 If it hadn’t been already, the price of admission is justified with an exquisite shot of Taylor-Joy sitting on a bed, the room around her an inferno.