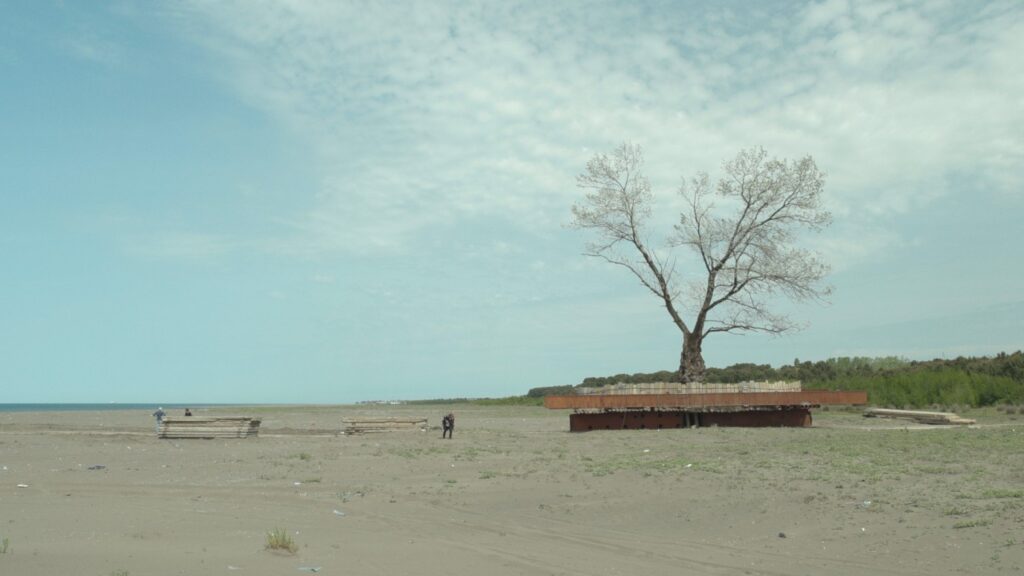 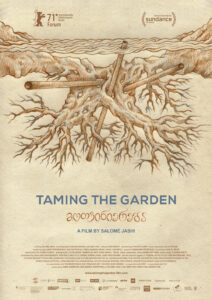 This is a slow and strange portrait of an enormous landscaping project.

Georgian billionaire and former Prime Minister, Bidzina Ivanishvili — he never appears in the film but is spoken about like he’s a king, a devil, or a myth — has paid to have enormous, ancient trees moved from the countryside to his private plot of land.

There’s something pre-revolutionary France about the idea of it, in the absolute hubris and vulgar exercise of wealth. 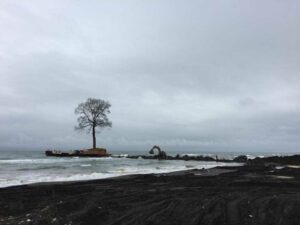 The doc shows the enormous effort required by teams of men to dig around the roots of these trees, cranes lifting them with trucks and barges moving them over land and water, and the damage done in their wake.

There’s also something about the remoteness of this land, too, that drives home this folly, like some Herzogian effort against physics and nature.

The locals have spun tales about why Ivanishvili’s doing it. One suggests it’s his plan to reach immortality, that if he gathers trees around him older than 100 years it’ll extend his life.  One man says something like, “Who cares about a tree? We need roads!” Others condemn the need to cut down smaller trees to make way for the big ones. 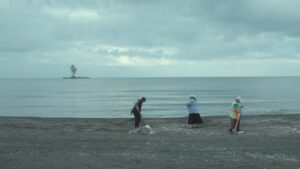 Jashi shoots the people mostly in the middle distance. We hear their conversations, but they remain largely anonymous, a mass of human beings telling stories, arguing, complaining, regretting, even sometimes despairing about their lot. It’s like they’re all involved in a collective sin. Like they feel culpable even when they have absolutely no say in the matter. 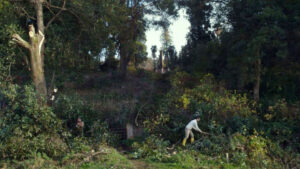 Jashi’s approach is thoughtful, maybe even poetic, but it’s also sometimes austere and remote.  As a substitute for character and traditional narrative he’s aiming for something closer to the sublime, but he also risks keeping us at arms length.